Meet authors and books to read on the day 23 April

On 23 April is celebrated World Book Day, and as it is never too late to venture an excellent story, especially when there are several artists in the field in Brazilian territory, we selected ten works by national authors to know on this date.

How Not To Fall In Love With You – Chris Sevla

Hannah has always been a cheerful and determined girl, features, moreover, that made her one of the greatest athletes of all time. Yet, when a disease invades your body, changing all your plans and even threatening your survival, Hannah sets out on a challenging journey that leads her to discover that there is much more to life than death, at the same time that you know you're going to die. 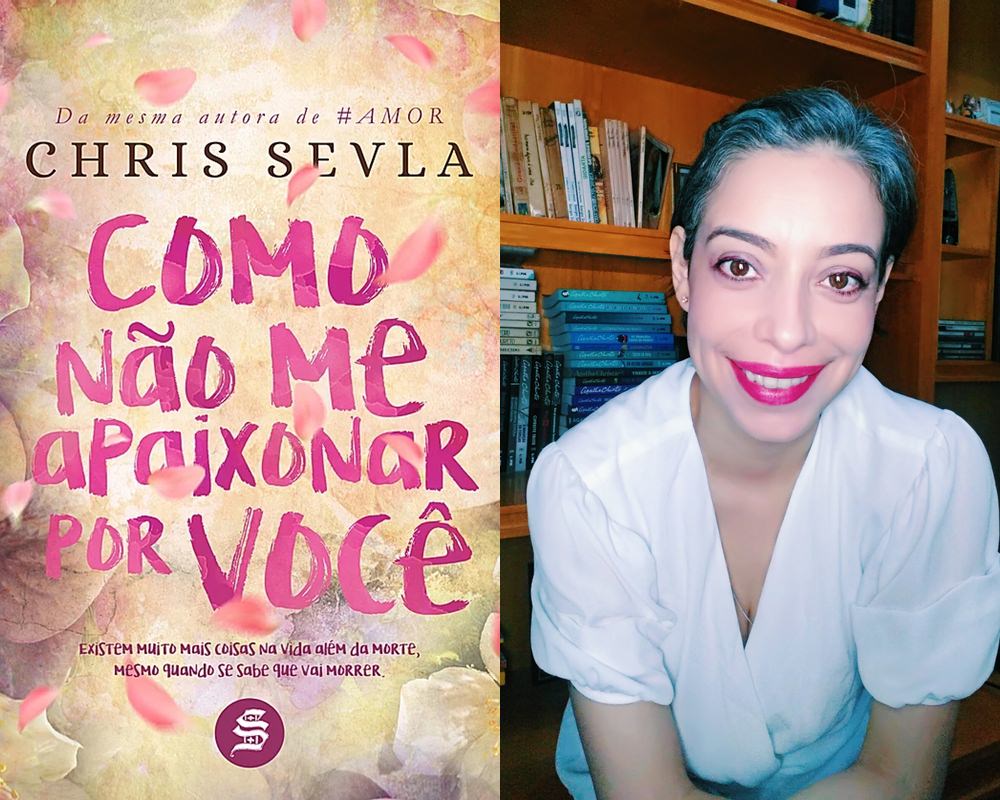 How Not To Fall In Love With You – Chris Sevla. Photo: Disclosure.

The kingdom of the Black Rose – Isabela Zinn

For the twins Lysander and Rosaline, life was never simple. Destined to be the next queen in the prestigious kingdom of Livingstone, she faces the seclusion of the castle and an arduous training routine that will make her flawless for her future role. He, on the other hand, was hidden from the world and passes every day, since birth, as the sister's servant. But a mysterious phrase and unimaginable events promise to change their lives forever, revealing that, Maybe, one doesn't know as much about the other as they imagine. When a long-buried past needs to return, every small choice can be fatal, like in a game of chess. It remains to be seen whether they are willing to accept checkmate. 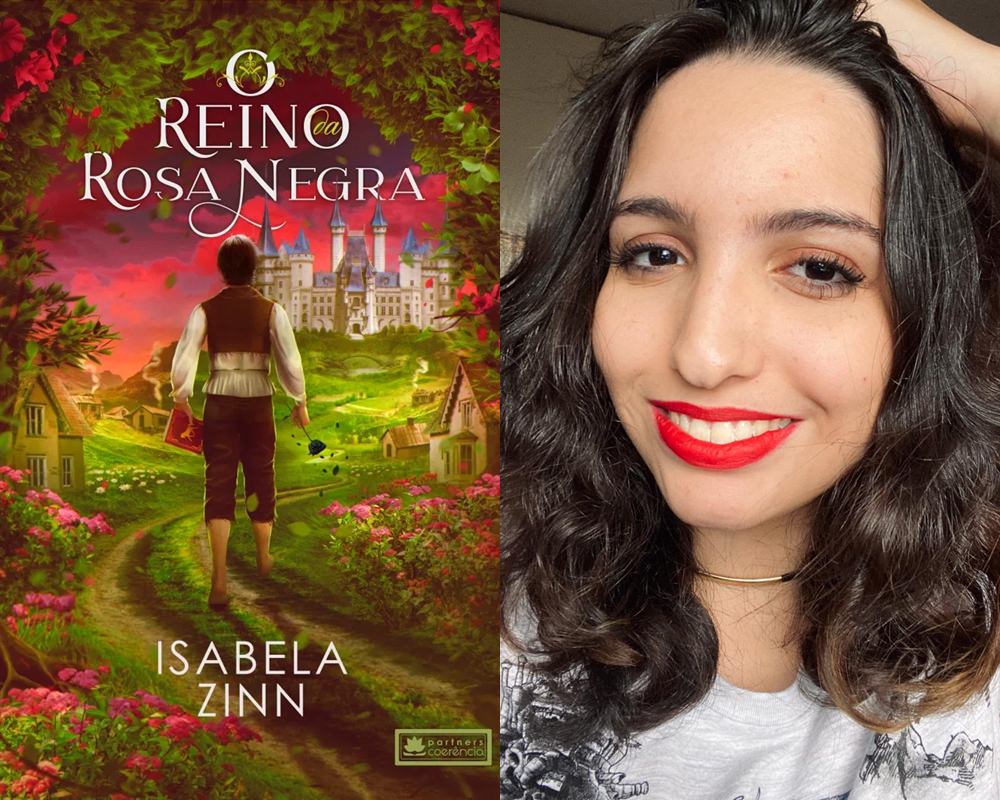 The kingdom of the Black Rose – Isabela Zinn. Photo: Disclosure.

Jonas doesn't really know what to do with his life. Among your readings and ideas for books written down in a pocket book, he needs to take care of his shifts at Rocket Café and still deal with his parents' conservatism. His mother has the hope that he will go back to church, and his father doesn’t do much for him other than bringing problems.

But that's when you meet Arthur, a handsome red-bearded boy, that Jonas starts to question how long he will be able to live under his parents' expectations, pretending to be a different person than who is real. Seeking comfort from your friends (and in his story about two handsome pirates who look a lot like him and Arthur), Jonah will understand the true meaning of family and friendship, and discover the power of a good story. 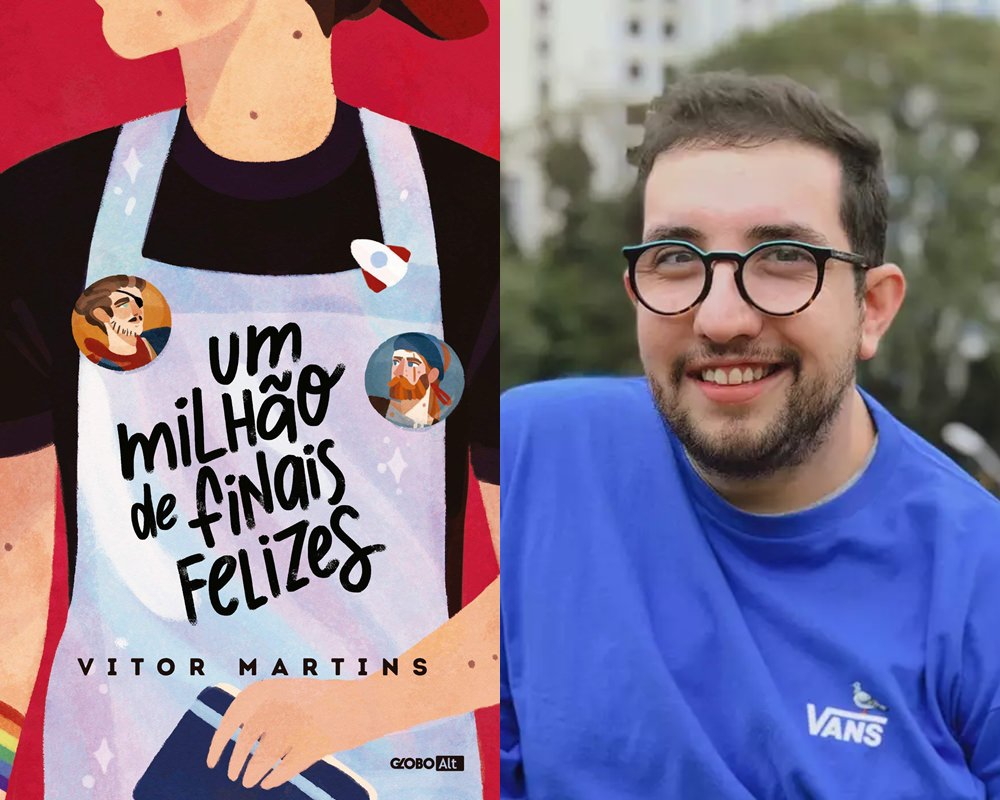 Maly is a novel with an exciting narrative, that cativa and intrigue from the first to the last page. Maly is the union of two Hebrew words - MA (which) e LY (for me). As in Hebrew there are no verbs to be and to be in the present tense, Maly can be translated in two ways: “what is for me?” or “what's mine?”. This is the essence of the central characters of a consistent plot, that presents the intertwined lives of Maly and Pietro; “people” that seek to give vent to the basic questions of life. Maly lost all the people she loved and had to learn to count on you, becoming a woman who developed emotional resources to reframe her own life. Pietro, despite feeling comfortable with the life he leads, goes out in search of the mystery that surrounds its origins. While Maly searches for the answers within herself, Pietro undertakes an external search to unravel the mystery that surrounds his ancestors. Each investigates the unknown side of one's being; both discover the illusions that permeate personal searches. They discover that they are just a small link in an immense chain that started long before birth. 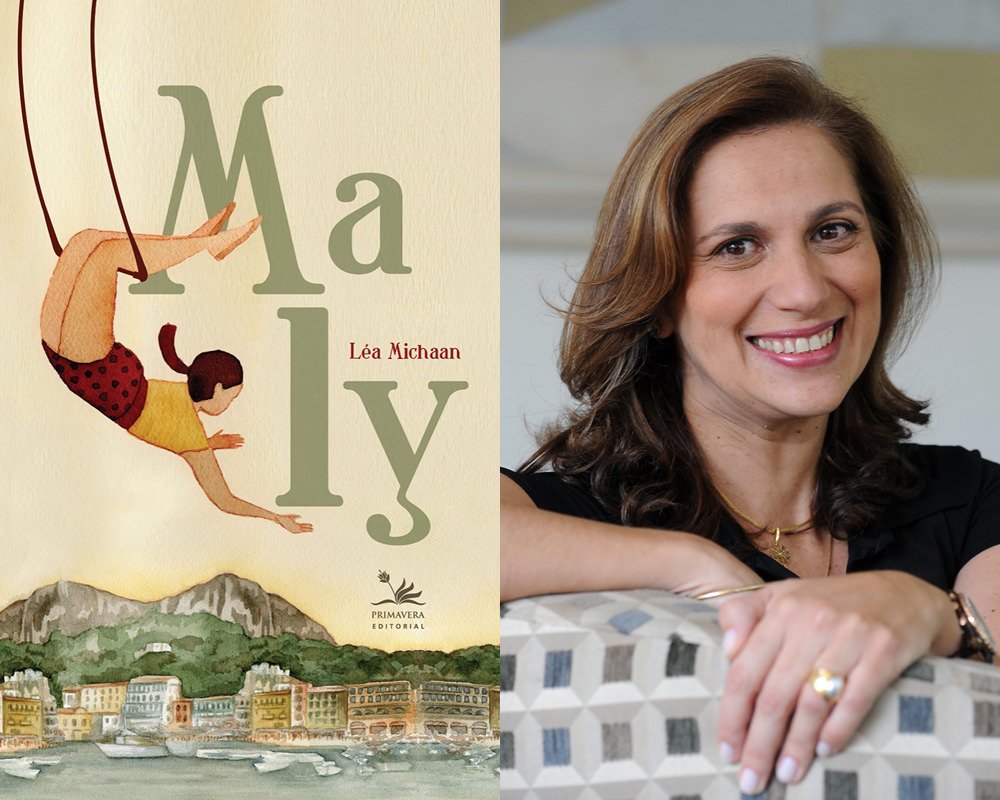 Luna was a young teenager like any other. In vacant hours, when I wasn't at school, spent most of the time playing rpg. His life seemed to go on naturally until he received a secret message, indicating that within a few days he would have to make a choice. How it was a game, the girl decided to ignore the warning, but he did it without knowing that this attitude could result in his death. That's when he met Damra, a powerful witch, responsible for guiding her on the craziest journey of her life, and discovered that it would take courage to accept what fate was imposing on her: abandon your friends and family in search of finding your true identity. 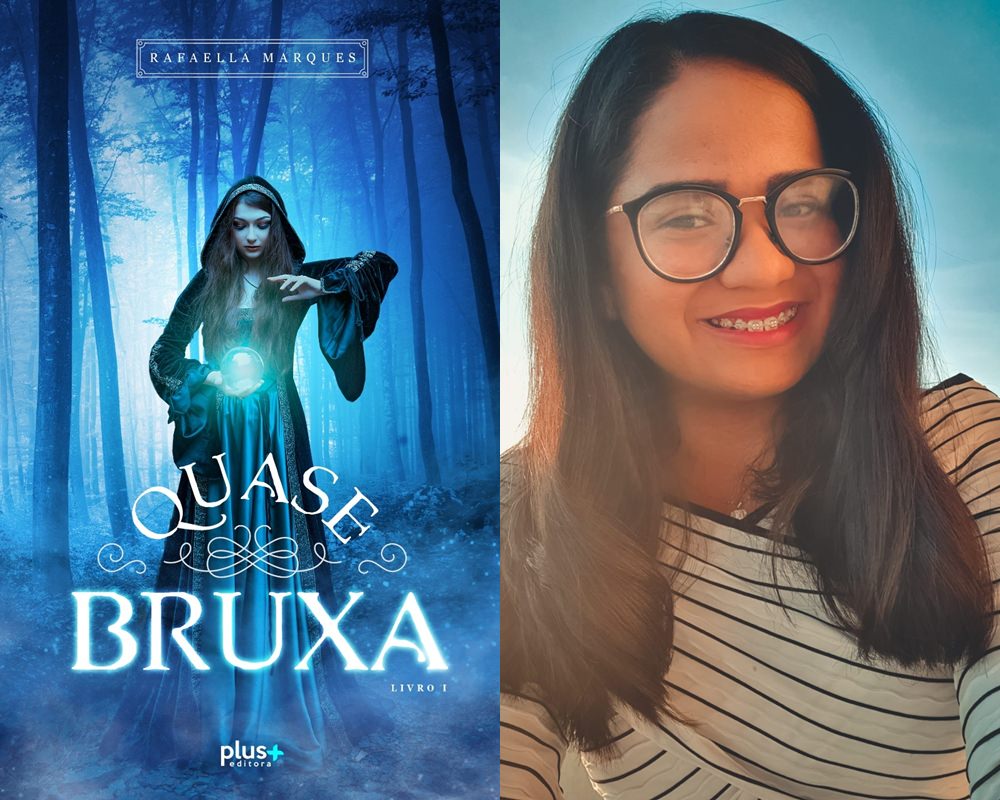 Edgar Wilson is “a simple man who performs tasks”. He works at the agency responsible for collecting dead animals on roads and taking them to a deposit where they are crushed in a large grinder.. Your professional colleague, Thomas, is a former priest excommunicated by the Catholic Church who distributes extreme anointing to the dying victims of fatal accidents that cross his path.

Edgar's routine is altered when he comes across the body of a woman hanged in the woods. When he discovers that the police do not have the resources to collect him, the employee decides to tow the corpse clandestinely to the deposit, where you keep it in an old freezer, waiting for a police officer who, when arrives, can't solve the situation.

In the next days, the improvised skiff will receive yet another Wilson find: a man's body. Edgar and Tomás are not shaken by death, but they know the boundary between good and evil, the man and the animal. Therefore, the two decide to give a dignified end to those unfortunate corpses.

In their attempt to return them to the course of normalcy, fugitive word in the universe that Ana Paula Maia masterfully constructs, the two dead animal removers will know the unhealthy fate of their peers. With a dry language, that mimics the roads along which the romance unfolds, the author brings out existential issues that are difficult to resolve. The result is an unusual blend of philosophical and western romance that reveals Maia's powerful literary project. 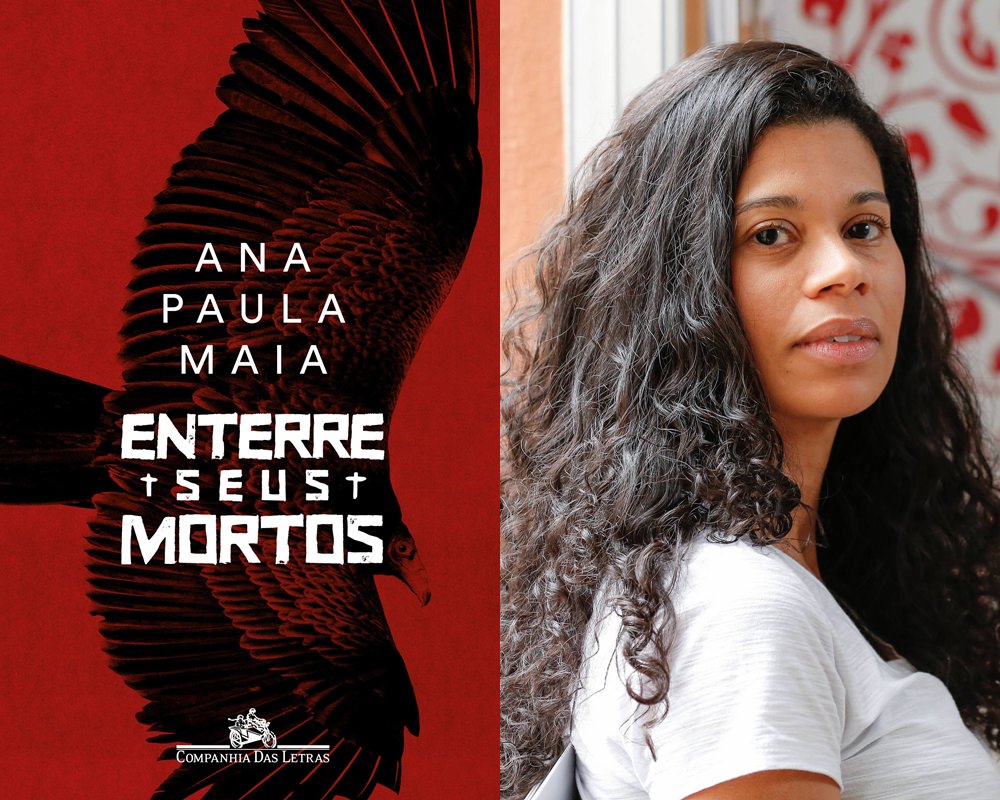 After losing parents, Gaia Gottesstein is forced to leave America to live in a small town in Germany. There, the young woman deals with the usual dilemmas of adolescence while adapting to the new routine in a paradisiacal and apparently harmless scenario, but that can hide secrets. When trying to reveal them, Gaia discovers ancient stories related to her family's past and finds herself among gods and monsters, that leap from the pages of mythology books to directly influence your life. It is then that she starts to count on the help of Jaison, a boy with a strong personality and a difficult past, not knowing if that love will be able to keep her strong enough to placate the fury of Olympus. 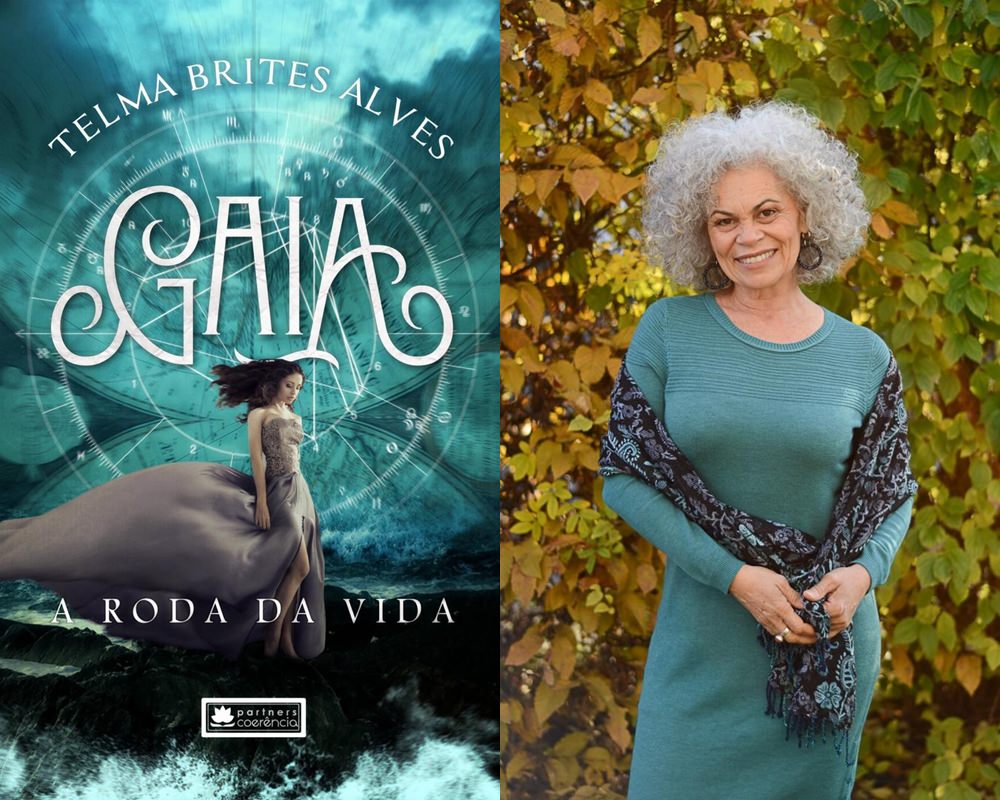 When the sudden disappearance of a child shocks the population of Florianópolis, the press takes advantage of the victim's family history to print the headlines with sensational stories. Pressured to achieve results in a popular case, the responsible investigator is obliged to ask Joanna Guivel for help, that comes to the city especially to help you elucidate the facts. Quickly, the renowned detective immerses himself in the complicated crime and, as the pieces fit into your mind with surgical precision, echoes of personal trauma join with lies, secrets, betrayals and deaths, making her realize that even angels can hide demons inside of her. 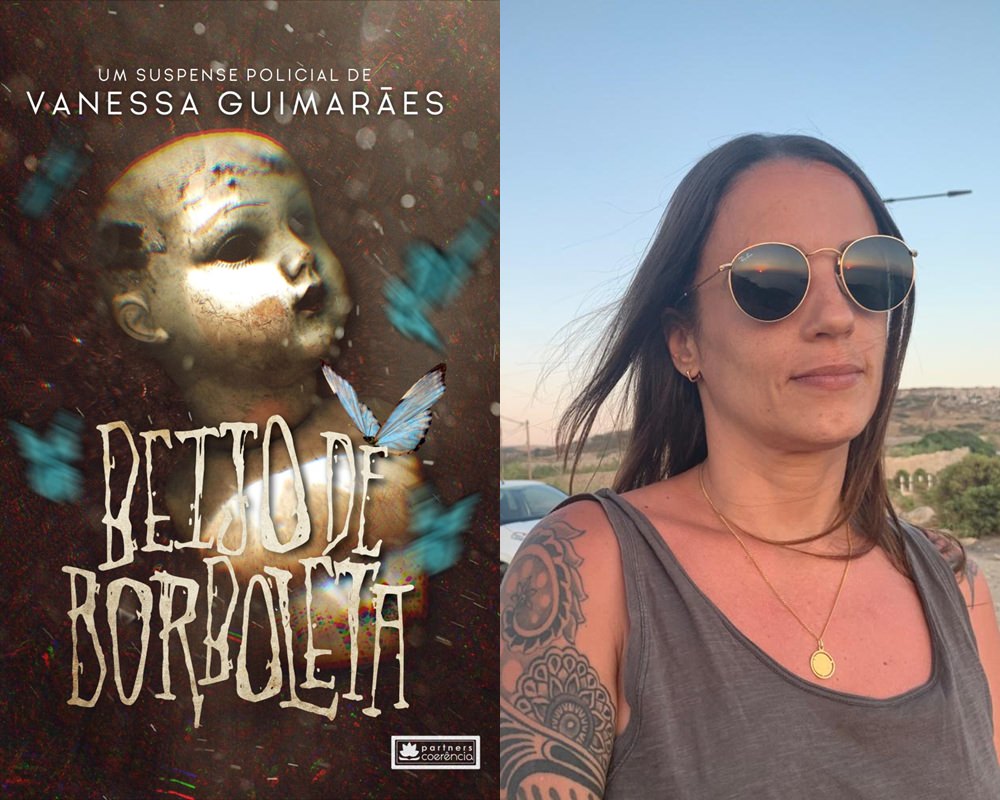 Cecília just turned eighteen, but your life is far from getting on track. After losing his first job and having a terrible fight with his mother, the girl decides to spend some time at her best friend's house, Iasmin. There, approaches Bernardo, Iasmin's older brother, and soon the two start a relationship.

Despite being enchanted by Cecília, Bernardo hides his own traumas and resentments, and you’ll have to find out if you’re finally ready to commit. Cecília, on the other hand, you will have to deal with a series of insecurities about your body - and with the instability of your own mind. 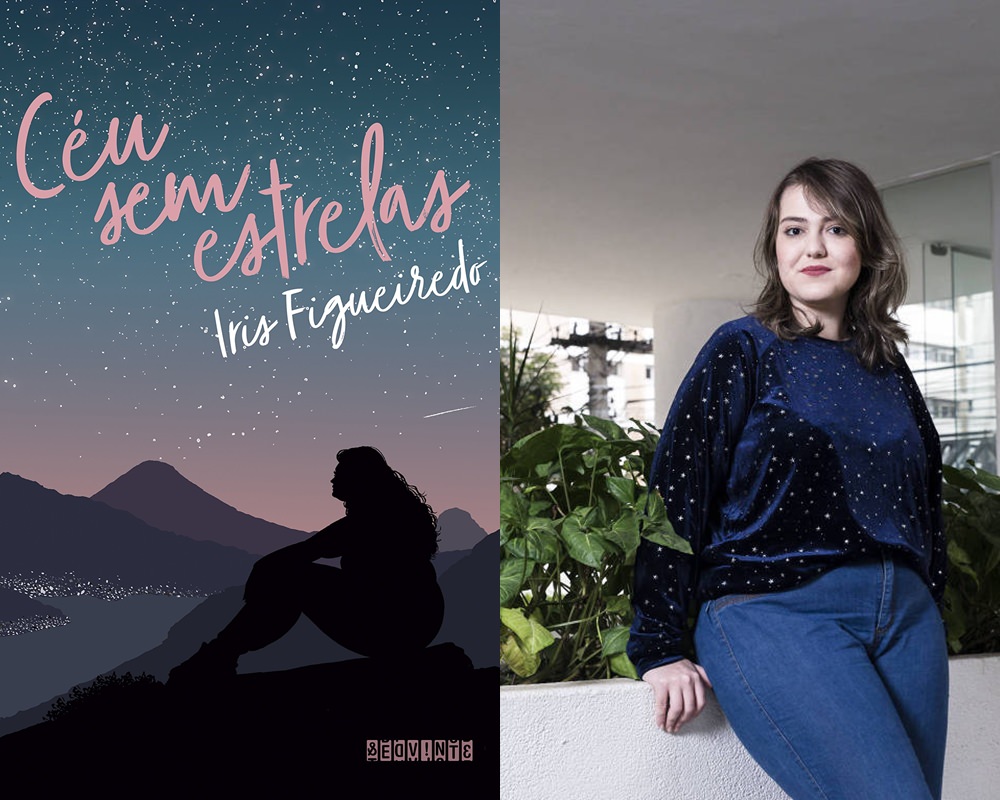 The Kingdom of Zalia – Luly Wheat

For being the second daughter, Princess Zalia has always been away from the conflicts of Galdino's monarchy, a tropical archipelago. Since she was a little girl she studies at a boarding school, where he met his three best friends, and dreams of following his passion for photography.

Everything changes when Victor, the crown prince, suffers an attack. Zalia returns to the palace and, before I can overcome the loss of my brother, need to assume the post of regent and continue the government of the father. However, the closer you get to the people, the more she begins to question the king's decisions and to listen to the Resistance, a group that leads uprisings across the country. To complicate the situation, Zália has a divided heart: she still has feelings for a love of the past, but it starts to open up to a new romance.

Now, committed to a position she never wanted, Zália will have to find out who she can trust - and what kind of queen she wants to become. 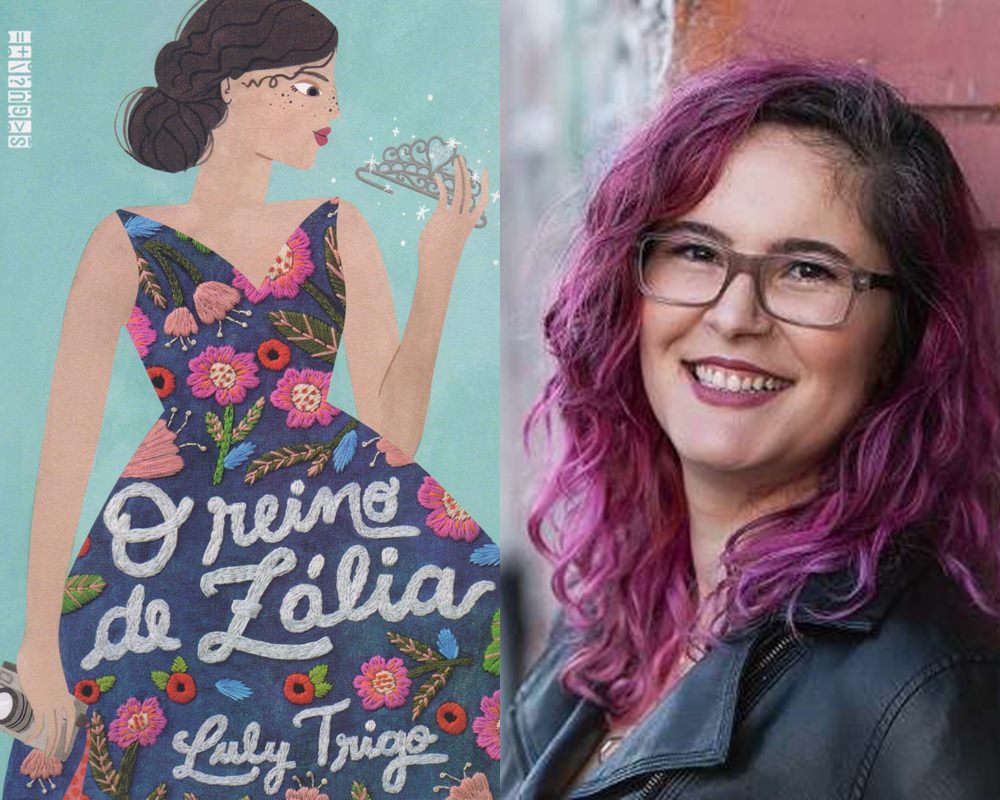 The celebration was given a date by the United Nations Education Organization, Science and Culture (Unesco), due to the death of the writers Miguel de Cervantes, Inca Garcilaso de la Vega and William Shakespeare, in which they died on the day 23 April 1616.

Previous: Exhibition “Cores e Coisas do Brasil”, Final weeks of the call
Next: Valeu.art: Check out the launch of the new virtual fundraising platform