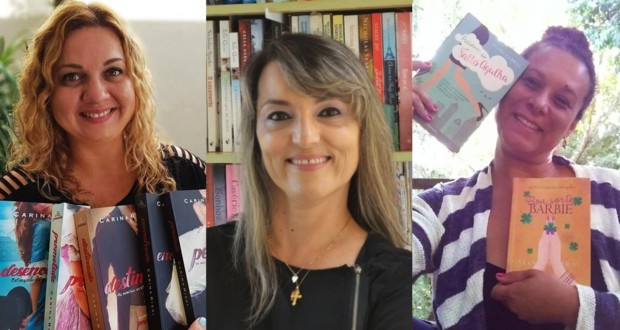 Meet three national writers with light books to read on 2020

The year is not over yet and many events have surprised many people worldwide, most as a result of the COVID-19 pandemic. Through social isolation, some people embraced the literary world as one of the best forms of entertainment, resulting in a significant increase in book sales compared to previous periods.

Analyzing the situation, we gathered three Brazilian authors who write about novels for you to know later this year, a way to delve into calm and cozy plots during a moment as tense as the current one.

Consecrated author within the publishing market, Carina Torre already sold more than 400 thousand copies and had the opportunity to launch its titles in Portugal, Russia, Ukraine and Italy. His best known books are from the series Lost, but others like Looking for a husband, No world da Luna and Perfect Lie are also fan favorites.

Serving as inspiration for diverse readers and authors, the best-selling author can be an excellent reading option due to its quiet and passionate narratives.

Passionate about reading since I was a girl, Lya Galavote was a child and a teenager with a lot of imagination. At the age of nine he wrote his first short story, in which he discovered the power and magic of writing, managing to take his audience to the universe he always imagined, and, being carried out.

Currently the author has already launched 12 stories and is getting ready to launch two more in November this year, being them Between tears and a doll and Despite the War. Thus, gathering a large number of readings for you.

Well known for Above Stiletto Heels and Good luck, Barbie, Aline Cabral she is also a great author to meet later this year, mainly due to the reflections that she proposes to raise in her chick-lit with empowered protagonists.

Your next release is called I quit and tells the story of a woman living the crisis of 30, in which the author brings references from Grey’s Anatomy within a narrative full of teachings about the well-known crisis.

It is worth noting that reading is one of the best ways to relieve stress, because besides visiting other places without leaving home, it stimulates and adds a lot of knowledge. Read books during social isolation, read a novel!