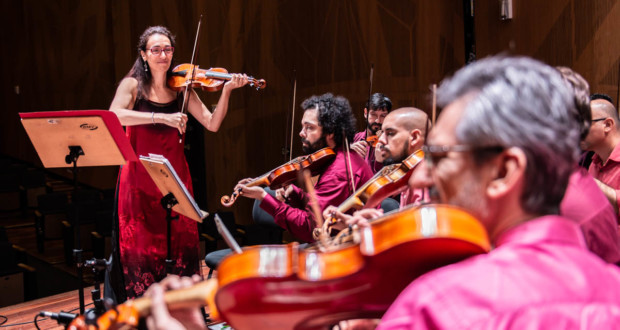 The Baroque Music Center of Versailles (CMBV), the Baroque Orchestra of Unirio (BOTH), the Alliance Française, the National Museum of Fine Arts and Cecilia Meireles Hall show in October the 5th Music Week Baroque

From 25 of october to 01 November with free entry

A Baroque Music Center of Versailles (CMBV), to Baroque Orchestra Unirio (BOTH), to Aliança Francesa, the National Museum of Fine Arts and Cecilia Meireles Room, presented in October, from 25 of october to 01 November, the fifth edition of Baroque Music Week, to convey in Rio de Janeiro the best of French music of the Baroque period, comprising the seventeenth and eighteenth centuries.

The project was supported by Consulate of France in Rio, of the French Institute of Brazil, e do High School fMolière and even had, scores edited by CMBV. The concerts will be governed by soloists the Baroque Orchestra of UNIRIO (BOTH) and will count with the participation of special guests. It is part of the programming, as a master of baroque music, with musicians Benedict Dratwicki, Mira Glodeanu, Diana Baroni and Katia Velletaz.

The opening and day 25 October, Friday, to 19 hours, in the Museo Nacional de Bellas Artes with the Chamber Music Concert, under the direction of Baroque Orchestra UNIRIO (BOTH) and artistic direction of Laura Ronai. Concert participating musicians, Mira Glodeanu (violin and musical direction), John Rival, (harpsichord), Diana Baroni (flute) and special guest, Benedict Dratwicki. In the program, the work of Leclair (1697–1764), Concerto for flute and orchestra op. VII No. 3 in C major, and of Joseph Bodin de Boismortier (1689-1755), Following the Love of Travel. Admission is free to the events in the Museum of Fine Arts, subject via e-mail cultural@rioaliancafrancesa.com.br. Guy manning.

On Wednesday, day 30 October, Happen Again "Concerto Atys"Governed by Baroque Orchestra UNIRIO, under the artistic direction of Laura Ronai and with the participation of the Choir OBU, which included the preparation of Maestro, Carlos Eduardo Vieira, to 20 hours, at Sala Cecília Meireles. In the program, the work of Jean-Baptiste Lully (1632-1687), a suite of opera Atys. Tickets from R $ 40.00 (Forty reais).

Finishing the programming, no day 1 Nov, Friday, place the Masterclass de Benoît Dratwicki, from 10h to 14h and Master Katia Velletaz, from 14h30 to 18h30, no Museu Nacional de Belas Artes. The masterclass is free and open to musicians and the public, upon registration by email: cultural@rioaliancafrancesa.com.br. Guy manning. 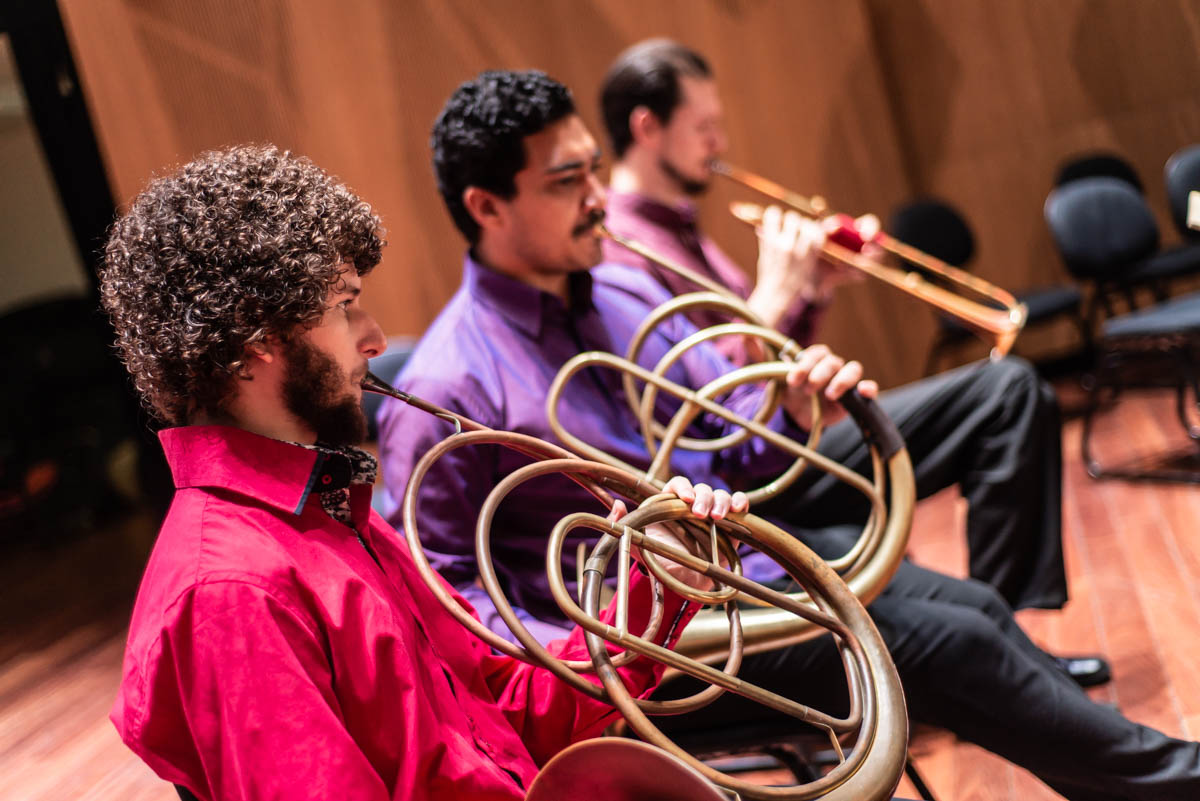 For the fifth consecutive year, the Baroque Music Center of Versailles continues its action transmission and training in Brazil, through its “Week of Baroque Music in Rio”, essential today across South America.

The mission of transmitting French baroque music around the world, performed by CMBV, It is incorporated into iconic and perennial projects on several continents. Since 2015, of “Week of Baroque Music Center of Versailles in Rio” allows students, young professionals and large amateurs discover the richness of the French repertoire, by the Portuguese style, the language and the specific practices of this art, through conferences and masterclasses. Organized in partnership with the French Institute, the Alliance Française, Cecilia Meireles Hall and the Lycée Français Rio, concerts are scheduled for a curious public, increasingly numerous and enthusiastic. At the heart of this pedagogical device, the Baroque Orchestra of the University of Rio de Janeiro (UNIRIO) and its director, the formidable flutist Laura Ronai, together musicians from all contexts, especially thanks to a special program for young people from the slums. This year, Atys, the iconic Opera Lully, is honored.

Founded in 2002, the OBU is dedicated to the repertoire of the seventeenth and eighteenth centuries with period instruments, It is a permanent workshop of historical interpretation that brings together professional and amateur musicians. The OBU has performed in major concert halls in the country and held two baroque operas and three weeks of Baroque Music, with the precious collaboration of Versailles baroque musique Center, and received rave reviews from major music release of vehicles in the country.

PhD in music, Laura Rónai is responsible for flute chair in UNIRIO, Minister also where the course 'Assessment and musical review », in the Graduate Program in Music, besides belonging to the faculty PROEMUS. Already toured and taught courses and master classes throughout Brazil, having also presented in Spain, Hungary, England and the United States.

The Baroque Music Center of Versailles

The French music that dominated Europe during the seventeenth and eighteenth centuries contributed innovative musical genres that make up the richness of that heritage, as the opera-ballet, the motet and the comic opera. However, this valuable music collection was consigned to oblivion during the French Revolution. Only at the end of the twentieth century, It came a rescue movement of the art, which has as a major feature of the interpretation on period instruments. The museum was created in 1987, the Center de musique baroque de Versailles follows an essential and simple idea: gather in one place the professions aimed to rediscover and value the French baroque heritage. In recent years, the CMBV intensified such goals and broadened its scope of activities in order to produce accompanied concerts and shows of lectures; further research of ancient sources; organize conferences; implement initial vocal training and developing higher vocational education; publish scores, scientific works and digital resources. Thanks to the uniqueness of its mission and its shares, the CMBV became, internationally, the main protagonist of rediscovery and appreciation of the French musical heritage of the seventeenth and eighteenth centuries.

Previous: Exhibition at the Spanish Steps evokes the preparations for Christmas
Next: São Paulo in Literature is a lecture theme in Ema House Museum Klabin