Exhibition “What would the world be without the things that do not exist?” – Sesc Sorocaba
by Rosângela Vig

The Artist is, certainly, the son of his time, but woe to him if also his disciple or even your favorite. (SCHILLER, 2002, p.50)

Perhaps this is the best phrase to explain the art that is presented in Contemporary. Schiller lived in the second half of the eighteenth century and expressed his thoughts about education through Aesthetic. In the words above, the philosopher makes clear the idea that art should take its course, its time and the thought of the time in which it operates. In this light, it emerges from the hand of the artist “the world”, proposing new knowledge, new questions and can awaken the viewer to new. More than the incantation, the work, accordingly raises reasoning, as a game, the Game of Art. And Contemporary Art shows that side by a constant metamorphosis, as it is society itself. 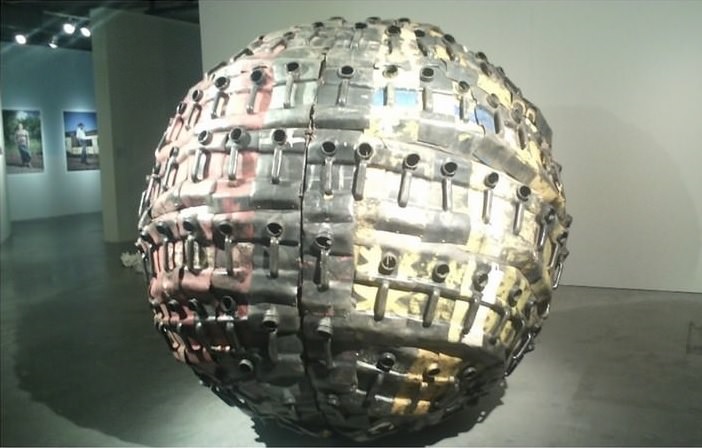 The Conceptual Art entered this contemporary arts as a way of asking, to question and to unsettle. The term Conceptual Art was first mentioned in 1961, by the philosopher Henry Flynt and, later, Sol Lewitt coined the term Conceptual Art, in an article for the Journal Artforum. This new Art form in which it is allowed to include and encourage debates, paved the way for much of what is presented in Art today, as the installations, the performances, interventions, videos and audios.

Uncoupled the accuracy of the form, leaning on his idea, the artist allowed to flow freely the idea for the material that he had. The aesthetic freedom again refers to the thought of Schiller (2002, p.21), when mentions that the Art “is the daughter of freedom and want to be legislated by the laws of the spirit, not by the deprivation of matter”. The artistic object of this format, perhaps not as linked to the issue of Beautiful or Sublime, led the artist to “do” free, without concern with paterns, but with an insight about the representation of your idea. 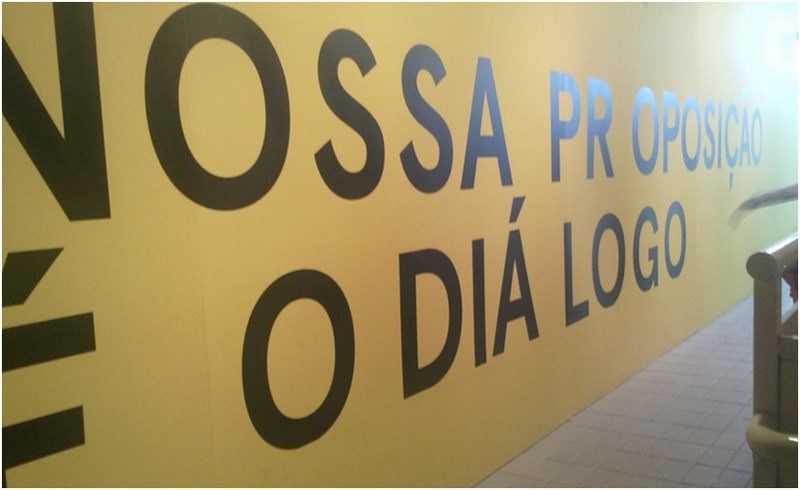 Main Lobby Entrance of the Exhibition.

Governed by this thought, the artists of Trienal de Artes, present at Sesc de Sorocaba, until the month of February 2015, a show with installations, videos, audios, paintings, photographs and sculptures. The presented works raise that look to the contemporary, raise questions about the society, their problems and, more than that, promote a possibility of new dialogues, through the art object. The phrase, “Our proposition is the dialogue”, at the entrance of the event's main lobby, makes it clear that goal.

Among the proposed topics, are the passage of the human being for the planet, his dirt trail, degradation and pollution; the issue of water; religion; among other controversial and debatable points. In the midst of all this, is allowed involvement of the viewer, that attaches to the work, as part of it and part of the problem. It is possible to touch, interact, perceive and feel completely Art. 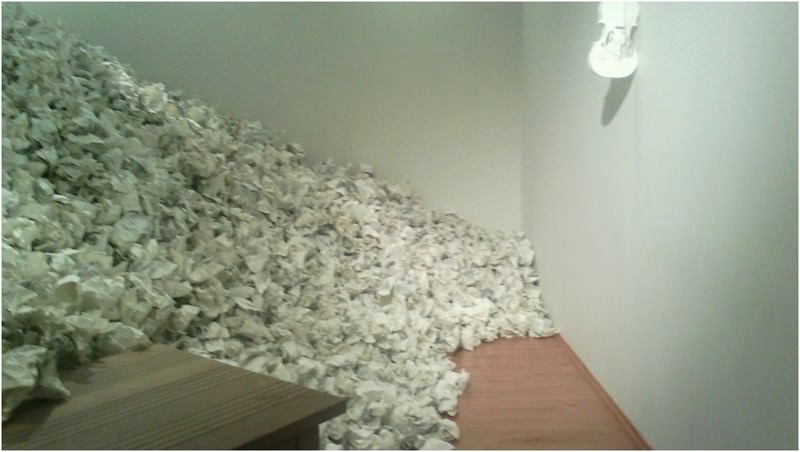 To the ancient Greeks, perhaps a show like this would cause astonishment, in the category of beauty, to the contemporary answer to the question of taste, in Art. But today's artist could still add that freedom of Contemporary Art allows especially, building something that is closer to representation of your idea, even if it is not based on pre-established mold beauty or reality. The role of this Art is not as, the destruction of traditional values, but is to highlight the importance of the idea and the creative spirit of the artist in his way of interpreting the world. And one can't help but remember that, even for Plato (2004, p.87), figurative Art was seen as an interpretation of reality, represented how the artist saw things.

And above all the question of taste for art object is not linked to the representation of a dimension related to reality and the proportions, but a reflective judgment that acts on individual strengths. This search for what pleases the senses was taking shape over time, in the form of periods and changing aspects. The artistic work is, in this way, attached to an idea of ​​filing aiming to produce intense aesthetic experiences.

Photo of the Exhibition:

The Sesc provides on its Press page:

Our thanks to Sesc Sorocaba, and as it is presented in its site, follows:

“THE TRIENAL – Conceived by the Sesc Sorocaba team and head curator of Josué Mattos, Frestas – Trienal de Artes is a transdisciplinary project focusing on the visual arts with three different exhibition centers and will feature theater shows, musical performances and performances, that will take place between 23 October and 3 May 2015.

The Trienal is in response to an aspiration of the Sesc Sorocaba team reshape the Terra Rasgada, conducted by the institution in the decade of 1990. In partnership with the Ministry of Culture and the Municipality, the Terra Rasgada had great impact to Sorocaba public as to the city's artists. From this local experience, the city extends its look out: Frestas intends to create space for other forms, meanings and dimensions for the visual arts in Sorocaba.

In addition to developing educational processes to generate public interest, encourage local artistic production, procedural and permanent and present works by artists who never exhibited in Brazil, the Trienal central interest is to get together artists from different parts of the world in Sorocaba, in a movement of decentralization of contemporary art centers.”

Previous: Winners of the Contest of Photography Alliance Française will be Awarded Today by Carolina Oliveira
Next: Interview with Márcia Vinhas Fernandes, “Alla prima”, by Edmundo Cavalcanti