Home / Highlights / The lack of self-knowledge leads to judge the other and invade the space of others, claims neurophilosopher 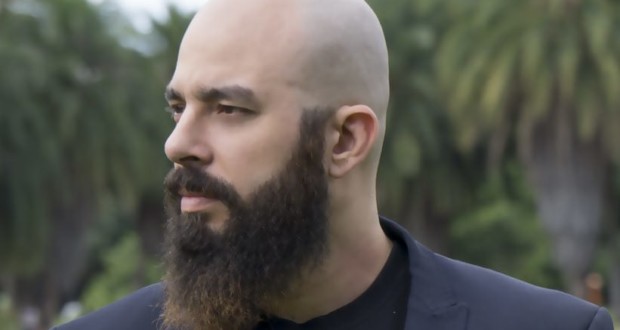 Fabiano de Abreu, neurophilosopher and psychoanalyst, analyzes that behavioral motives, social and cultural factors that lead others to judge their neighbors are the absence of self-knowledge and self-acceptance.

Although we are at a time when diversity and respect for the different has been the subject of several discussions and artistic manifestations, cultural and social, we haven't evolved enough as a society to get rid of our preconceptions and judgments.

The neurophilosopher and psychoanalyst Fabiano de Abreu, who works as a researcher of the human mind and behavioral patterns, have tried to understand what makes a person judge the next. According to his analyzes, the reasons may be primarily within the judge himself: “People who criticize and judge the choices and behavior of others, indeed, don't accept them as they are, and want them to be and act according to their particular needs and wants. They cannot accept others as they are because they are egocentric. They see themselves as potentially superior and are devoid of humility. They lack emotional maturity and empathy to understand the nuances that reveal the motives of others. ”

The addiction of judgment

To Abreu, there is a vicious circle for many when it comes to judging and evaluating each other: “This is because it is not about the desire to try to understand the attitudes, behaviors and the personality of others, but it is only an impulse to satisfy your own certainties and reaffirm your truths that satisfy a single person, who is herself. Professional judges always act as if the other is an object of study so that they can assert themselves and boast of being better than those they judge. And this constant movement of looking outside, prevent them from evaluating themselves. ”

Difference between constructive opinion and judgment

The scholar stresses that exposing a constructive opinion is not a judgment, not a criticism, it is a mere observation: “Criticism and judgment take place when the observer judges himself to have the right to make a pejorative interpretation of the fact or the individual, when accuses, disdain, decreases, and invalidates the other. The observer who wants to contribute to the evolution of his neighbor will not judge, will lead the conversation towards being equal to the other and not, proving to be superior to him. ”

According to your observations, understand the other and respond to their actions using cognition and empathy considering their personality is necessary: “even when you want to contest something that has been said or done it’s a great mechanism that avoids conflict and, are more likely to achieve the goal, which is the conquest of the confidence of the one we wish to help with our opinion. We lack mirrors when we see something wrong in others. It is fearful to have to evaluate yourself and realize that many of our actions are not correct. Judging just points the dirt and puts the finger on the wound, but it does not promote asepsis or heal the wound. ”

For the neurophilosopher, those who criticize and judge excessively, unaware of the meaning of empathy and compassion: “We must have compassion for others, with the level of understanding, with the emotional condition they contemplate their life stories. We must accept that they can only offer what they have, and mainly, that they will have to follow paths that they choose, and we need to understand that we don't have the power and we shouldn't want to have control over their choices. What they choose to live and do are paths that are part of the learning they need to absorb and it's up to us to just accept, and understand, that what happens from his choices will always be the best for him. ”

Lack of self-knowledge leads to judgment of the other

To Abreu, the judge does not perceive his own defect and always believes that he is right, not accepting the opinion of others, and showing a deep aversion to negative feedbacks: "He, the judge, has an absurd difficulty in admitting his own mistakes, because it seeks perfection itself, and in others, and when he realizes that other people do not validate him with the same perfection that he projects, he revolts and attacks them with severe aggression, with offensive words and disruptive attitudes. We cannot be influenced by people who criticize and judge our lives, because we don't know if they came through a truth, a vanity, or an illness. But we must have the manhood to analyze ourselves coldly to make the necessary changes in our attitudes, and thoughts. ”

For this reason, the neurophilosopher points out that the change we want to see in the other must start in us: “We must express opinions about the behavior of others, based on our own growth and maturity, but only if we are asked. If you have not asked for our opinion, that we have the wisdom to keep silent. We must always expose our visions in the form of words that carry a chain of ideas, that leads the other to a rise and not to a demotion. When we raise the other, we conquer space in their lives through our own experience and evolution. The Gothic style, our opinions are always welcome, and will be received as a gift. And not as a criticism, judgment and conviction. Those who criticize and judge and feel good after issuing their opinions riddled with subjective "guesses", indeed, are wanting to escape the urgent need to look at their own lives. After all, the other always carries aspects that are or have been ours. This is also why it is always so much easier to see in the other that which we cannot see in ourselves. ”