Home / Art / The Kiwi back with his theatre company show MEAT within the project ART-noun feminine, in Sesc Belenzinho 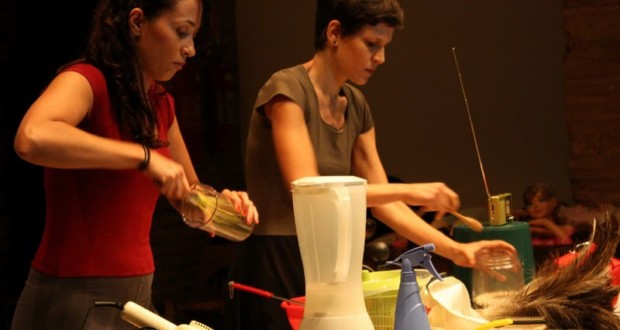 The Kiwi back with his theatre company show MEAT within the project ART-noun feminine, in Sesc Belenzinho

After a hiatus of six years, Meat back in theaters in the city. Since its inception in 2009, the show circulated by dozens of cities and Brazilian capitals and been in Bogota, in Colombia, in the 7th Encuentro Ciudadanias en scene, organized by the hemispheric Institute of Performance y Policy.

Two women on the scene feature statistics, sing, feature biblical passages, show children's Dressup sets, household objects and use lipstick obsessively. In addition, advertising images and contemporary artists are projected on a big screen, tudo para revelar a profunda desigualdade entre os sexos que se manifesta nos espaços público e privado. Este é o projeto Carne, the Kiwi theatre company that presents itself to 26 of February to 06 March, in Sesc Belenzinho, the ART project – Noun. Beyond the show, actresses Fernanda Maysa Lepique Azevedo and providing for free the workshop Women and the silences of history in days 01 and 02 March 2015, Tuesday and Wednesday, from 14h to 19h. Are invited to participate in adult young women, artists or not, interested in build and share your stories from artistic stimuli.

Meat performance – in pieces began in August 2009, When the Kiwi introduced in Bogota (Colombia) in the 7th Encuentro Ciudadanias en scene, organized by the hemispheric Institute of Performance y Policy. From there to here, the project was taking body and new forms with the support of the program to the theatre to the city of São Paulo, but then with the name of meat – patriarchy and capitalism. This version of the search contemplated several actions and from 2011, Myriam Muniz award (Minc/Funarte), Proactive business movement and the Cultural circuit of São Paulo, ran the country with the show. Now, from 26 February, After six years without performing in the city (the last short season in 2010 in Sesc Santo Amaro) Meat, long awaited by the public paulistano, back in season.

In the work developed by Kiwi, a company with almost 20 years of experience and with the focus on Documentary Theater, are present so striking the issue of gender oppression and class exploitation. His works almost always keeps the claustrophobic and oppressive character observed in contemporary society, but in scene, the humor and beauty are key allies.

Meat – Drawing on Austrian author Elfriede Jelinek, Nobel Prize for literature in 2004, and in the work of the historian Michelle Perrot, Meat discusses relations between deep patriarchy and capitalism, showing the panorama of gender oppression in the country. With short scenes, the show, inspired by the Documentary Theater, It is composed of twenty frames connected to, in common, discuss the different types of violence suffered by women in Brazil. 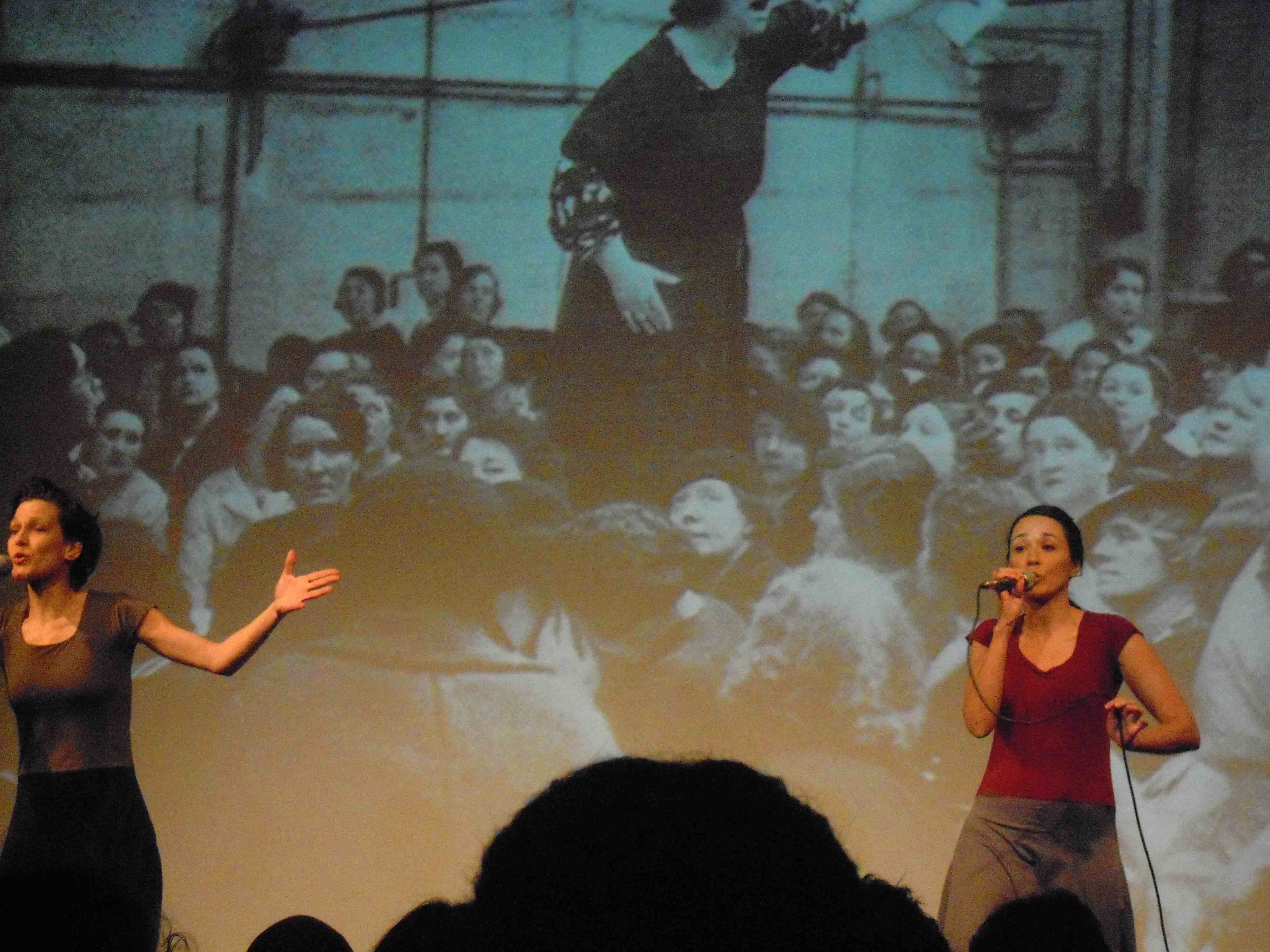 The ART-noun feminine puts light on woman, as main focus of selected works by bringing relevant thematic and from different points of view about the feminine. The idea is to approach the woman in the arts, both the content of the works – his fights in battles, within history and society-, as in the management and creation of jobs.

Until April will be presented, within the project ART-noun feminine, the plays the Mad, the Brava Theater Company, directed by Fabio Rezende; and I got pregnant, Pari Horses and learned to fly Without Wings!, of Cla The Crespos. Also part of children's and youth programming, Do you know your capoeira Orum of the present Collective, directed by Johana Albuquerque and dramaturgy of Thaddeus Renato, and All photographic intervention can be Frida. Composing the programming, There is a debate 08 March – The feminine in art and in society with Lucia Roman mediation, and Fernanda participation Azevedo, Amelinha Teles and Claudia Schapira.

Appeared in 1996. Produced a fortnight of theatrical mounts, dramatic readings from authors such as Beckett, Kafka, Hilda Hilst, Elfriede Jelinek and Heiner Müller. Organized courses, workshops and debates about the staging and dramaturgy contemporary. In 2007 was selected by the program to the theater for the city of São Paulo the project Theater/merchandise-Show and symbolic misery. One of the goals of the group responds to the need for, at the same time, do and think the theater and society.

The work of the company have been featured in several cities of the country through partnerships with institutions such as Sesc, Itaú Cultural, Alliance Française and English culture, or by invitation of Brazilian theatre festivals (Recife, São José do Rio Preto, Rio de Janeiro, Curitiba, Florianópolis, etc). The company also performed in Bogota (Colombia) and attended event in Los Angeles (United States). 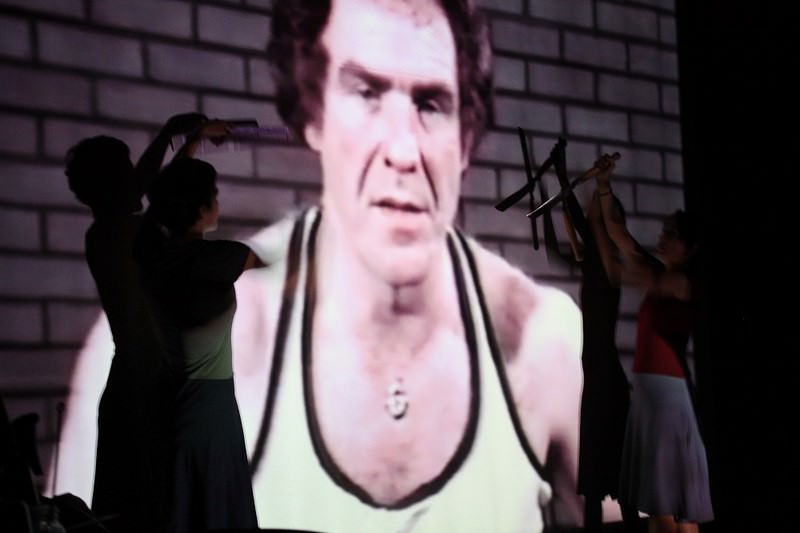 The show discusses the relationship between patriarchy and capitalism, showing the panorama of gender oppression and the special situation of violence against women in Brazil. The play, inspired by the documentary theater, is composed of 20 frames interconnected by two actresses and a percussionist. The Assembly includes actions "dramatic" and "narratives" in the form of short scenes, references to texts and Statistics analysis, Excerpts from novels, image projection, original compositions, quotes from traditional Songbook and BRAZILIAN POPULAR MUSIC. Lends itself material sciences (especially to sociology and history), popular arts, of philosophy and politics.

*After the presentations, There will be discussions with the Group.

Tickets: R$ 20,00 (entire); R$ 10,00 (retired, person with more than 60 years, person with disability, student and servant of the public school with proof); R$ 6,00 (worker of trade in goods, services and tourism at Sesc and dependants accredited).

SHOP WOMEN AND THE SILENCES OF HISTORY

The workshop aims to, through theatrical stimuli, literary and audiovisual resources, discuss some tools necessary to ensure that women understand, assume the role and write their own stories – confident that can, from their personal experiences, broaden the debate about the oppression against women, passing private and intimate sphere to the public space.

Development: Discussion and improvisation from texts (literature and dramaturgy) to Elfried Jelinek (Nobel Prize for literature in 2004), Hilda Hilst, Cora Coralina, Carolina Maria de Jesus, Simone de Beauvoir, among others. Work from documentary material: substances and articles to newspapers and magazines, Statistics, texts of historians etc. Construction of its own history – theatrical exercises from testimonials and elaboration of a collective story. Memory exercises. Exercise-group dynamics. Improvisation and discussion from images (pictures and movies) related to the theme. Summary of the history of the struggles of women in Europe, USA and Brazil and contextualization of the role of women in art, with special focus to Latin-American production.

With Fernanda Azevedo and Maysa Lepique

Public: Adult young women, artists or not, interested in build and share your stories from artistic stimuli.

Registration until 26/02, through sending sending resume to: asmulheres@belenzinho.sescsp.org.br.

The selected candidates will be notified by email to 28/02.