Teix Gallery receives exposure ' Saints ' street, that portrays the most famous characters
-real and fictitious-
the history of organized crime in the stroke of the artist Douglas Shaman 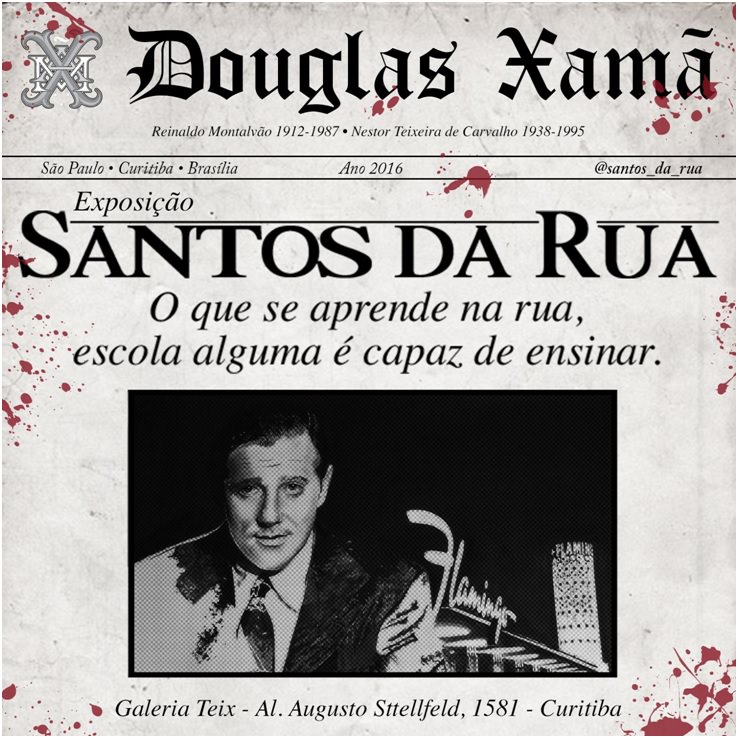 Curitiba will be overrun with gangsters this month. Of Lucky Luciano, the father of the crime in New York, the Virgil Sollozzo – the "Turkish", one of the main antagonists of the trilogy The Godfather –, the biggest names in the history of the mafia-the real and the fictitious – are the theme of the exhibition Saints of the street, the artist Douglas Shaman, the Teix Gallery Opens the next day 16. 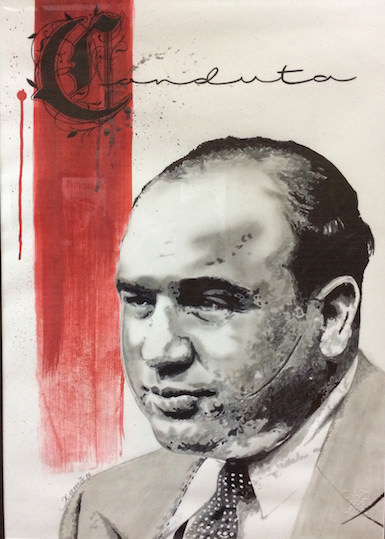 The show comes directly from Sao Paulo, land of Shaman, where was still performing until the last Saturday in the Cultural Pack space.

The idea of the show came from the artist's coexistence with the streets of Lapa in Sao Paulo, where you grew up, the values taught by his father and the realization that the mobsters – are the big names of American mafia or the leaders of smaller factions for the periphery of the Brazilian capitals-support values such as honor, respect, discipline, family, hierarchy and even ethics, Although controversial. Hence the name "saints", of origin in Italian mafia. "These people honor your group, be an exemplary member and reliable, and don't cheat or disrespect to the family ", Remember Shaman.

The show brings brings together paintings prepared with mixed technique on paper that depict the main icons of the Italian mafias, Russian and American – both real characters as icons of crime fiction in the movies and on tv. 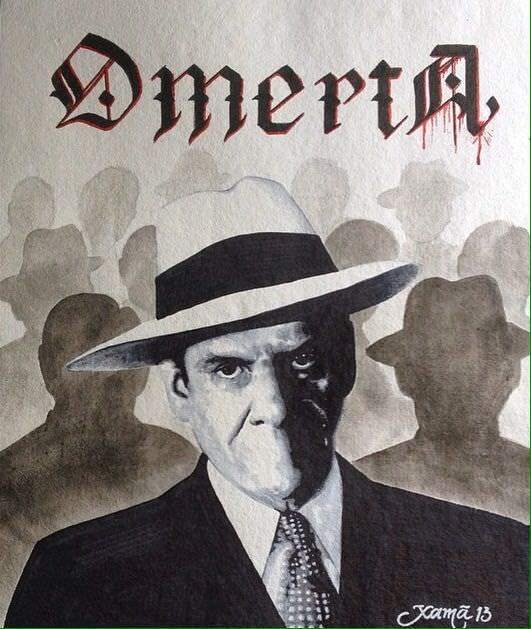 One of the major works, the work Money, brings Salvatore Lucania, better known as ' Lucky Luciano ' – considered the father of organized crime in the United States for having created and directed the mob Commission, formed by five of New York's most powerful families.

There is also a female presence: Stephanie St. Clair, the "Madame Queen" – a female gang leader in Harlem, New York, at the beginning of the sec. XX.

Already the work Memory portrays the actor Viggo Mortensen in the skin of the Russian mobster Nikolai Luzhin, just like in the movie Crime Lords. One of the greatest classics of cinema, The Godfather was also represented with the figure of Virgil Sollozzo, fictional character played by actor Al Lattieri.

Cultural space – The Teix has been operating for 15 years in Curitiba as Gallery and tattoo Studio, commanded by Jô Maciel and Marco Teixeira. The space is an incubator of ideas and projects related to all kinds of cultural production, able to receive art exhibitions, design, photography, musical performances, literary meetings and events related to the art of tattooing. It also hosts a program of artist residencies.

Previous: Chamber Orchestra presents Italian works in the Mia Cara Curitiba
Next: Free Course: Shroud of Turin: Between the Holy, the art and science