The PontoArt Gallery celebrates the "94 Years of 22 art week",
with the fourth edition of its collective exhibition, artistic tour
and literary event, depicting the modernist event. 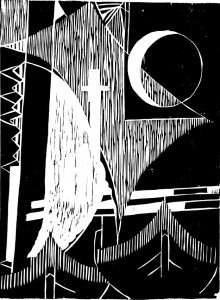 Inspired na historic week 1922, better known as the Modern Art Week, the PontoArt Gallery carries out of 18 of February to 05 March 2016, the fourth edition of its collective exhibition, with the active participation of artists, which together with the Gallery, celebrate the anniversary of this important event, that made the Brazilian art and culture. The exhibition "94 years of the week 22 art", recalls the event that took place at the Teatro Municipal de São Paulo, between days 13 and 18 February 1922.

Mário de Andrade, Oswald de Andrade, Menotti's Picchia, Anita Malfatti, Di Cavalcanti, Heitor Villa Lobos, Guilherme de Almeida, Manuel Bandeira and Tarsila do Amaral were among the characters and participants of the week of modern art in Brazil, which also featured the presence of Brecheret, with their works exhibited in the lobby of the Teatro Municipal de São Paulo. They knew express their dissatisfaction through social events, political and economic of the time and, mainly influenced by the avant-garde movements, expressed their ideological positions, through their artistic creations, the paint is, architecture, in music, in Sculpture , in the literature, in poetry, folklore, among other forms of art.

The artistic production brought by the modernist movement is still important today reference in Brazil. It is also very important for Brazilian culture, the concept of Antropofagia, used by modernists, that conceptualizes the cultural education of Brazil as a melting pot of cultures, properly swallowed, adapted and modified, What makes this country a world example of coexistence and respect among the diverse cultures and manifestations.

The celebration promoted by PontoArt Gallery, has an opening cocktail, on 18 February, when the establishment welcomes artists and the visiting public. On 27 February (Saturday), from 14h to 18h, It's an important literary event, This year will be dedicated to poetry, with a little chat debate ", poetry reading and book signing with poets and writers participants. The event will be coordinated by poet Mariana Teixeira and produced by PontoArt Gallery. Should participate, among other, the poets Carla Caruso, Daniel Ratto, David Kinski, Israel Antonini, Lilian Aquino and Mariana Teixeira. 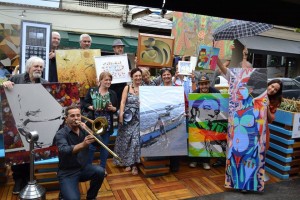 The closing happens the traditional cultural tour with a walk through the streets near the PontoArt Gallery, in Vila Madalena. Each artist will carry his own work, with the aim of promoting a walking exhibition. In addition there will be the presence of musicians and the reading of a manifesto, example of how occurred the week 22, In addition to the reading of poems by poets literary event participants. 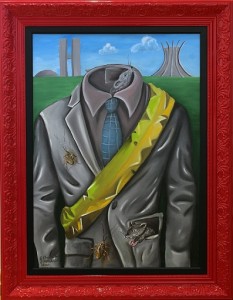 For the artist and gallery owner Marrey Peres Jr., Gallery owner of PontoArt, "The Week of 22 was the biggest event processing and release of Art ever in Brazil. It was a break in March of the paradigms of the own Brazilian critical. So it is important to remind her and celebrate, so we can evolve the culture and coexistence among people. " For your wife, the gallerist Lucília Giordano, "the idea of coming out to the streets with the works for a walk aims to approach the artist of your audience, to innovate the way of exposing the works of art and have fun in well, of course "!

Thanks Adriana Guidolin for the collaboration in the field.

Previous: Lecture: Sacred literature as Cultural Artistic Heritage
Next: Films directed by Johnnie To and Eric Rohmer are in film Club in February