Home / Art / Holdings of Brazil: history, culture and citizenship is inaugurated in Brasilia 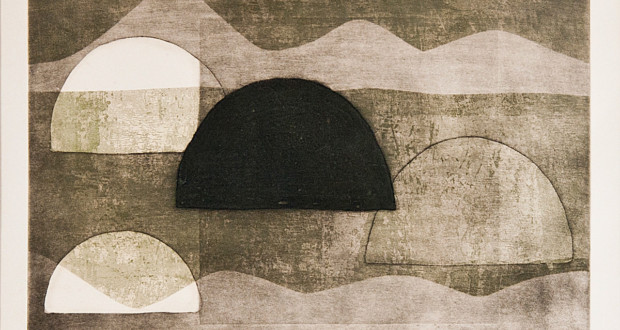 Holdings of Brazil: history, culture and citizenship is inaugurated in Brasilia

Founded in 1808, the Bank of Brazil is one of the most important institutions of the country and, over the years, acquired diversified collection. Large part connected to the exercise of banking activity, as documents of historical value, ballots, coins, equipment, objects and furniture, In addition to pieces of decorative arts, paintings, engravings and sculptures by important names of the Visual Arts. All this material was catalogued and will be assembled at the Museum Bank of Brazil, It will be open to the public in 12 October at the Tancredo Neves building, in Brasília, one of the most imposing works of architect Oscar Niemeyer. The project will be launched with the exhibition "Holdings of Brazil: history, culture and citizenship ", whose order a reflection on economic history, Brazil's cultural and social.

"We're talking about a path to 208 years, that shows that the Bank of Brazil always walked, and still walks, side by side with the development of the country. The Museum will serve to share the legacy and memory of the institution with the public ", says the Director of brand Strategy, Louis Aniceto Silva Cavicchioli.

The space of 6000 m ² presents historic moments and the consequences of facts for Brazilians, In addition to translating the Development Bank as an institution of all. "To preserve and share the memory of Banco do Brazil, as well as all the other memories that are on the border of the institution, is, therefore, contribute to the understanding of the history of Brazil and its people ", Super account Mantovani Franco, Director of Expomus, company responsible for the concept of the Museum.

To create the Museum, the Bank of Brazil puts into practice over an initiative that contributes to the cultural education of the visiting public, as is already the case with the CCBBs. All the selected collection, in conjunction with the narrative of events that marked the history of the Bank and country, will be provided by the institution to the general public visitation, including the children served by the educational program developed in Cultural Centers.

The wealth of the Bank of Brazil it was catalogued and organized for the launch of the Museum has 1.100 works in the collection of Visual and decorative arts; 727 names of artists with works registered in the collection; 35 1000 items of historical value as coins, ballots and objects related to banking activity; more than 16 1000 book titles; 20 1000 photographic and audiovisual records of artistic and documentary value; 5 1000 documentary historical value dossiers, as newspaper clippings, architectural plants, minutes of meetings among other objects present in the collection.

From the identification of items, a proposal for the classification of parts, following criteria of artistic and historical significance. The collection will be distributed thematically, divided into two modules: History; and culture and citizenship. It is a space that will be in permanent construction, as well as the brazilian society.

The first coins produced at the beginning of the century 19 the current universe of online transactions, the module History brings you a collection that has collection of pieces connected to the activity of the Bank premises: numismatics, documents, objects, plants and architectural drawings, rare books and furniture. There is also an installation-BB Communities – in tribute to all who have made and do Banco do Brazil. Currently the institution has 109 1000 employees.

The module Culture and citizenship explores how the Bank of Brazil is part of the cultural background of brazilian society and presents to the public its collection of national art. The institution's investment in culture is ancient and marked by the creation in Rio de Janeiro of the Centro Cultural Banco do Brazil in 1989, followed after the same name spaces in Brasilia, São Paulo and Belo Horizonte. Are, therefore, more than 25 years to encourage the cultural development of the country with national and international exhibitions, shows, debates, film sessions and other activities. Uniforms and other related procedures and sports the athletes already sponsored by the Bank of Brazil will also be exposed in this module.

The Museum Bank of Brazil will be inaugurated on 10 October, in a ceremony attended by the President of the BB, Paul Caffarelli, Vice-Presidents, Directors and Presidents of the Bank, In addition to the authorities. The opening for visitation by the public will be the day 12 October, as part of a series of actions that will be developed in the CCBB Brasilia commemorating the anniversary of the Bank of Brazil, CCBB's own Brasilia and children's week.

The module Culture and citizenship mainly consists of paintings and prints, In addition to large public sculptures. The beginning of the century 20, the exhibition presents a series of portraits of personalities who have been Presidents of the institution, In addition to paintings that represent the arrival of the Court, scenes of industry and agriculture. Are also present artists screens connected to modernism in Brazil, as Alfredo Volpi and, Di Cavalcanti. From the middle of the century shows brings Carlos Scliar, Aldemir Martins, Djanira, Arcangelo Ianelli, WEGA Nery and Darel Valença Lins.

Rubem Valentim is represented with a wooden relief that participated in the Venice Biennale of 1962. From the 1970, the exhibition presents abstract works of geometric nature of Abelardo Zaular, Dionysus del Santo. Manabu Mabe, Tomie Ohtake, Kazuo Wakabayashi and Fukushima Tikashi represent the lyrical abstraction. There are still works of Athos Bulcão and Burle Marx, architectural symbols linked to the project of modernization of the country in the second half of the century 20. We highlight also the engravings with names like Fayga Ostrower, Marcelo Grassmann, Maria Bonomi, Edith Behring, Hiroshige, Anna Letycia, Marilia Rodrigues. Self-taught artists, as Francisco Stockinger and Miguel dos Santos, complete the shows with sculptures and wood carvings.

Previous: Valkyrie Martins – the numbers for the colors by Edmundo Chandra
Next: GALERIES LAFAYETTE GETS WORKS AND INSTALLATIONS BY HANS-PETER FELDMANN