The Museu de Arte do Rio, through the School Look, performs the second stage of the project that shows the diversity of the African continent

In the days 9 and 10 August, the Art Museum of Rio - SEA will promote the second stage of the program Today Africa in MAR. Curated by associate professor at the Catholic University of Lisbon and curator of the Gulbenkian Next Future Programme, António Pinto Ribeiro, The project began in March 2014, with the visit of former football player and activist education against racism Lilian Thuram. Now, guests are doctors professors Harry Garuba, University of Cape, and Alexandre dos Santos, da PUC-Rio, participating in a conference on 9 (Saturday), Lobby 10h and 13h, in the auditorium of the Museum.

Specialist in African literature, Garuba will address the topic "Stages of Thought African Intellectual: Race, Slavery, Colonialism and After ", outlining a model for understanding the various stages of intellectual and political thought of modernity in Africa, starting from the moment of enslavement and racialization over the period of colonization and resistance to the contemporary moment of globalization.

Have Alexandre dos Santos - a professor of African history and chief editor of the program How Does?, Globo - in their participation, entitled "Africa: Images dichotomous - A Historical Perspective of Construction of Social Perceptions and Visions of Brazilian Diplomacy ", will propose a conversation about the relationship that Brazil remained with Africa, before and after independence, and as the image of representing Africa was being shaped, modified and rebuilt from the needs of diplomacy and the Brazilian government.

"There were many changes that happened in the twentieth century, and, particularly, after independence of African countries, but globalization and post-colonial consciousness of the agents and leaders of African countries today are more serious 'revolution' of the representation we have of Africa and that Africa produces about itself ", António Pinto Ribeiro commented on the importance of putting the continent on the agenda.

Education manager for SEA, Janaina Melo, the location of the Museum fosters debate. “Today Africa in MAR is a key program for the institution to provide a space for discussion that involves film, philosophy, racism, literature and other cultural and social issues. The attentive to the space proposed in which we operate: the Port Region of Rio de Janeiro, also known as Little Africa, an important place in Brazilian history. In addition, design allows for a rapprochement between African countries and Brazil”, explains.

As the first step, the program also includes the Cycle Cinema New Africa. The show features the recent film production of the continent, focusing on post-colonial socio-economic problems of Africa. Documentaries will be shown NO FLASH - Tribute to Ricardo Rangel (1924–2009), Bruno Z'Graggen, and Black Gold, from Mark Francis e Nick Francis, and the fiction film Cadjigue, from Sana and N'Hada.

Today Africa in MAR - a project of SEA at the Academy, sponsored by School Look –, happens throughout the year 2014 and is part of the agenda to celebrate the centenary of Abdias Nascimento. The proposal is to present the diversity - persons, ethnicities, political regimes - the African continent, demonstrating the greatness of his artistic production and intellectual critical mass. In November, the program reaches its third and final stage with the Literature Seminar and Poetry and the film series Cycle Mzansi – The Reel South Africa. 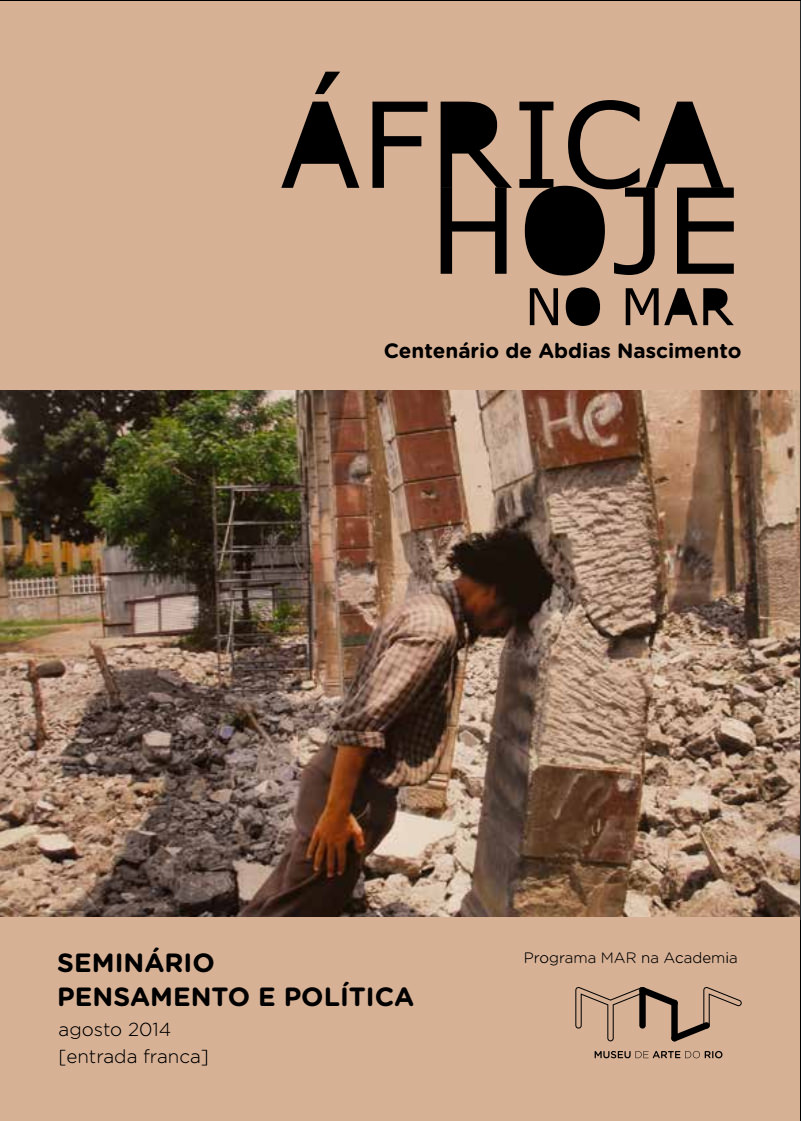 The MAR is a space dedicated to art and visual culture. Installed in Praca Maua, occupies two adjacent buildings: an older, lying and eclectic style, which houses the exhibition hall; another younger, Modernist, Look where the school's work. The architectural design unites the two buildings with a fluid concrete cover, which refers to a wave - a trademark of the Museum -, and a ramp, where visitors come to the exhibition spaces.

.
O MAR, an initiative of City of Rio in partnership with Roberto Marinho Foundation, have activities that involve collecting, registration, search, preservation and return of cultural property to the community. Proactive support space education and culture, the Museum was born with a school - the School Look -, whose proposal is innovative museological: foster the development of an educational program of reference for actions in Brazil and abroad, combining art and education from the curatorial program that guides the institution.

The Museum has Voucher e as Globo as sponsors and the support of State Government of Rio de Janeiro e do Ministry of Culture, by Federal Law for Promotion of Culture. The management is left to the Instituto Odeon, a private association, nonprofit, whose mission is to promote citizenship and the social and educational development through the realization of cultural projects.

Against the backdrop of Tadesse's journey to London and Seattle, the enormous power of the multinational corporations that dominate the world's coffee trade becomes apparent. Commodity traders, New York, international trade coffee, and double-dealing of trade ministers of the World Trade Organisation reveal the many challenges faced by Tadesse in your search for a long-term solution to their farmers.

As in the original paradise, the inhabitants of the archipelago Bijagós live according to ancient traditions and absolute respect for nature until, um dia, a gang of drug dealers occupies its sacred islands. When the wizard village dies, all seems lost, but his young apprentice agrees to be his successor and decides to fight the invaders to save the village.

The portrait film, in the form of documentary, performed by exhibition curator Bruno Z'Graggen, with cinematographer's video producer Angelo Sansone (Ambos of Zurich), is assumed as a decent essay on the work of the great Mozambican photographer Ricardo Rangel.

Previous: Exhibition “The Blue Sea is for Everyone”, Grace arnus by Sergio Wolf Rock
Next: Marçal Lourenzoni, The Digital Plastic Artist