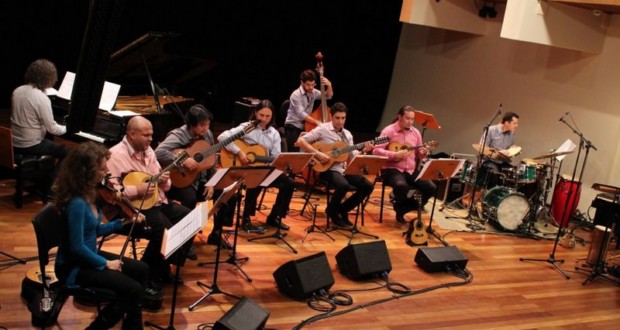 The Base String Orchestra. Photo: Disclosure.

The Rope-based Orchestra prepares tribute to three brazilian music icons in the show entitled ' 80, 90, 100’, under the artistic direction of conductor Regency and John Egashira. Compositions of Hermeto Pascoal, Moacir Santos and Dilermando Reis are part of the Repertoire of the presentation that happens in days 5, 6 and 7 August, in the Chapel Santa Maria Cultural space. 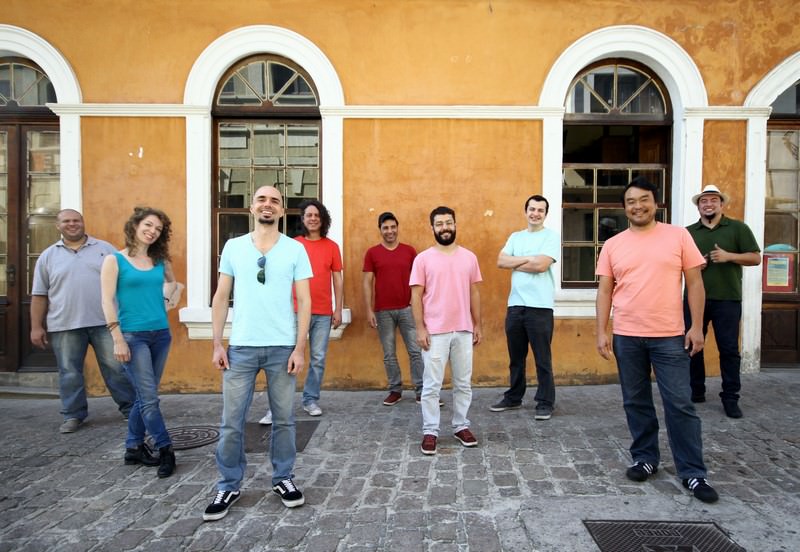 The theme ' 80, 90, 100 ' represents the age of each composer honored. Hermeto Pascoal completed 80 years in the day 22 of June, Moacir Santos, If alive, would be with 90 and Dilermando Reis coming to its centenary. With a decade's worth of difference between them, each composer presents different musical universes.

Despite the difference in the loudness of each composer, What unites the repertoire is the only musical personality in each of them, explains the maestro. "The formation of each represents different universes. Hermeto is a restless musician, Phillip despite having already revolutionized the way to play and compose on guitar, was more behaved. All presented important changes on way to brazilian music ", says Egashira.

Egashira cites one of the curiosities of the program are Moacir Santos's works, they were dedicated to wind instruments and were adapted to the Rope-based Orchestra (OABC). "The three are very significant to the musicians and to the brazilian culture in General. Are from different schools, and that makes the show even more interesting. It is important to realize in the Repertoire of each composer and as we tailor these sounds tend to like thread OABC ".

"But what I want with these concerts is that people feel emotion! Touch music, independent of the Repertoire and who wrote, But enough in people's hearts ", concludes the Maestro.

Learn more about the songwriters honored:

One of the honorees at the concert of the Orchestra's String-based composer, arranger and multi-instrumentalist Brazilian, Hermeto Pascoal.

Since small, Hermeto fascinated with the sounds of nature. From a barrel of Castor "gerimum" (pumpkin), was a Fife and was playing for the birds. To go to the pond, spent hours playing with water. What was left of his grandfather's blacksmith material, he hung on a clothesline and was taking sounds. Thus began and never stopped. Now known as "the witch" or "the Wizard", It is considered by most musicians as one of the greatest geniuses in activity in world music. Poly instrumentalist, is famous for his ability to extract good music of any thing, from kettles and plastic toys to the speech of the people.

Moacir Santos began his clarinet studies with 11 years. Today he is known for his virtuosity, mastered the saxophone, the piano, the clarinet, the trumpet, the banjo, the guitar and drums. It is regarded as one of the greatest masters of harmonic renewal of brazilian popular music (MPB).

Was partner of Vinicius de Moraes, and this was also commemorated in the song "Samba of the blessing", with Baden Powell: "Moacir Santos / you that you are not one, are so many / like this my Brazil of all saints. "

Dilermando Reis, born in Guaratinguetá, São Paulo, He began his studies with his father, the guitarist Chico Kings. Dilermando played guitar instrumental folk and fought hard to elevate it to the status of soloist. Consecrated as an interpreter, as a composer, and as one of the greatest guitarists of all time, the criticism signaled in Dilermando Reis: "the fine interpretive sensitivity, calling attention to the sound full and well your letterhead guitar that never got mixed up with any other ". (1987, Jornal Valeparaibano)

Left 10 disks in 78 RPM, twenty LPs and an album of seven volumes "a voice and a guitar to Serenade", with singer Francisco Petrônio. Among students who continued their school raised the name of Ball Seven and Darci Villaverde. The then President Juscelino Kubitscheck, He was personal friend, enjoyed this master class, and it was because of this friendship that Dilermando composed his first song in tribute to the new capital of the country, Brasilia fact which very proud.

Previous: Exhibition "Allegory of the arts – Leon Pallière" in the MNBA
Next: Exhibition “The triumph of Color” receives 120 000 visitors in just two weeks