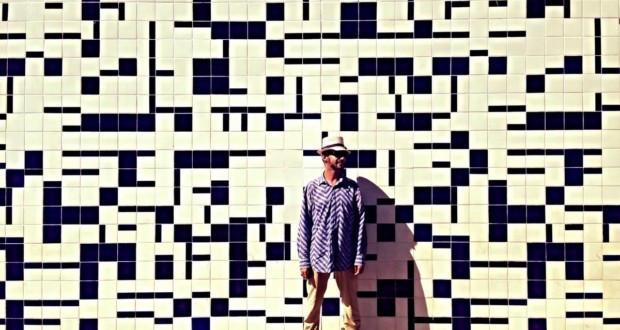 Acha Brasília has been on the air for 10 years, celebrated in April 2020, very early in the pandemic. How to celebrate a decade of work for culture in full social isolation? Learning this great lesson that led to the cancellation of events shook the work structures and maintenance of the site.

Renato Acha develops a work with communication whose rhizomes include press relations, social media, cultural journalism, trusteeship, art education, among other actions that have communication and art as complementary foundations.

The situation has been adverse since May, when multiple jobs were suspended. After several attempts at alternative work, crowdfunding in favor of the vehicle, which has become the longest-lived cultural site in Brasilia, proved to be the most lucid option.

“Ten years is not ten days. I wouldn't give up now, although it was the darkest time of this trajectory. The strategy to move forward until the events are released and the blessed vaccine comes is really to unite readers, artists, press offices, cultural centers and producers. Who has never been informed about a tasteful event at Acha Brasília? Thousands of people access the page and not only come from the country's capital. The vehicle also offers an important return for the entire production chain of culture in times of extinction of the printed channels. ” Account Renato. “At this moment, art becomes paramount in the face of enormous challenges, sadness and depression. For those who were going to celebrate a decade of legacy and sixty years in Brasilia, it was a sign of rebirth ”. Reflects.

Who to contribute with R $ 40,00 wins a number for the drawing of a screen by Renato Acha and another class in the course #MuseusEmCasa. With R $ 80,00 there are two numbers and two more classes in the #MuseusEmCasa course. R$ 120,00 follow the number 3 for both options and so on for every R $ 40,00. The canvas to be drawn was painted by Acha and is called “Amy” and was kindly donated by the collector Rodrigo Machado.

The website achabrasilia.com is not ar since 2010. The reader finds content that focuses on the dissemination of Art events in Brasilia and Brazil. With curator look, Renato Acha highlights the best events and privileges quality projects. Acha Brasília has established itself as a source of information aimed at a demanding public that accompanies wealth and diversity in the cultural agenda of the country's capital.

Renato Acha is a visual artist, graduated from the University of Brasília (UNB). Integrated CCBB Educational Programs, Caixa Cultural and FAAP (Fundação Armando Álvares Penteado). Acha was curator of national projects in Brasilia, like the HotSpot Movement (Paulo Borges – SPFW), Portrait Brasilia (CCBB and Correio Braziliense). Adjunct curator of the Brasília Land Art Festival at the Botanical Garden and CCBB and the exhibition “Brasilia 50 Dimensions”. Curator of the exhibition “Brasilia 60 – New Candangas” no Festival Occupies! in the Pool with Waves. Coordinator of the Educational Program for the Vera Brant Contemporary Art Award and the project “I Reader”. He has served as editor of the site Pensbrasilia.com since 2010. Acha is also Communication Coordinator for several Festivals and Press Advisor for events in Brasília and Goiás.

Previous: Sinteco: how to apply this floor and combine it with your decor
Next: Ophthalmologist draws inspiration from his patients to write an overcoming book