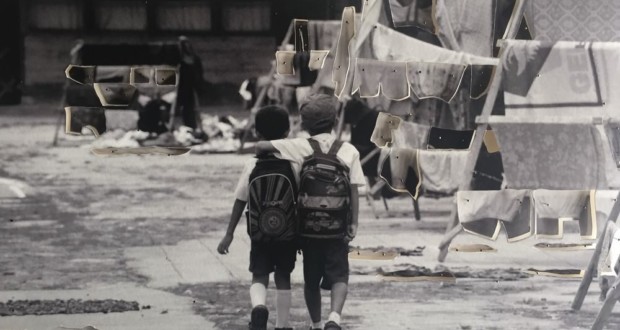 The show, that opens the day 19 August, Saturday, consists of about 80 images of different artist series

A geography that is increasingly inhuman and destructive is the central theme of the work of photographer Alessandra Rehder. Based in London, the artist is actually a restless traveler who, to meet and mingle with the different landscapes and human realities of countries such as Cambodia, India, Indonesia, Philippines, Jamaica, Jordan, Japan, Thailand, Turkey and West Papua (politically the province of Indonesia), sensitive and unsettling records produced as much people as of landscapes. Are jobs resulting from these expeditions, as those who belong to your first exhibition in Paris all eyes of the world ", in which depicts children from different realities, the artist presents at the Cultural Center Post Office from the day 19 August. The exhibition is curated by Wagner Barja and follows playing until 8 October.

Barja highlights the subtraction technique employed his photographs as something that distinguishes the work of artist. "The use of an experimental plastic vocabulary differs his compositions of simple documentation. This narrative is built in line with the title of the exhibition. After being expanded, the pictures pass through the Act of cutting and assembling, what turns the flat surface in bas-relief. From this action, the concept of formal jumps in the eyes "subtraction, says curator, Director of the National Museum of Brasília. To Barja, with this subtle and delicate gesture, in which the overlap of small indentations are gently stuck about photography with five pins mm height, the images become three-dimensional and Alessandra calls attention to the issues "of the excluded and the decline in nature".

For the first time, However, Since he started expose their bright images of specimens of flora from around the world, Alessandra, In addition to subtract and overlap in the same image creating forests "superexuberantes", Displays the images emptied of leaves. "I bring, and, a look at dubious about technology, launching a reflection about the possibility of her supply or not a transformation and solution to what we're doing to the environment ", scores.

Already the series featuring people photographed, as all eyes of the world, Open a window here not for a nature that is no longer there, but for the reality of a series of communities of countries with human development indices (HDI) Netherlands. This "Inhumane Geography", in the words of curator Wagner Barja, is marked by the withdrawal of elements like buckets, pipes, toys and food. The artist explains: "During my stay in the communities observed in each registered photo which was your best problem to be worked and, then, subtraía an element that symbolize ". In the pictures of Indonesia, for example, whose major problem observed in your immersion is the toilet, buckets, pipes and drinking water were subtracted and placed in a plane behind that those human elements inhabit. The photographer signals, and, the deficit in space. "In India, There are many orphans, missing school. You can see in the images from there the withdrawal of food, wallet and toys ", complete the photographer. The issue of housing, with homeless and substandard housing will be represented by images captured by photographer in Brazil and in West Papua. 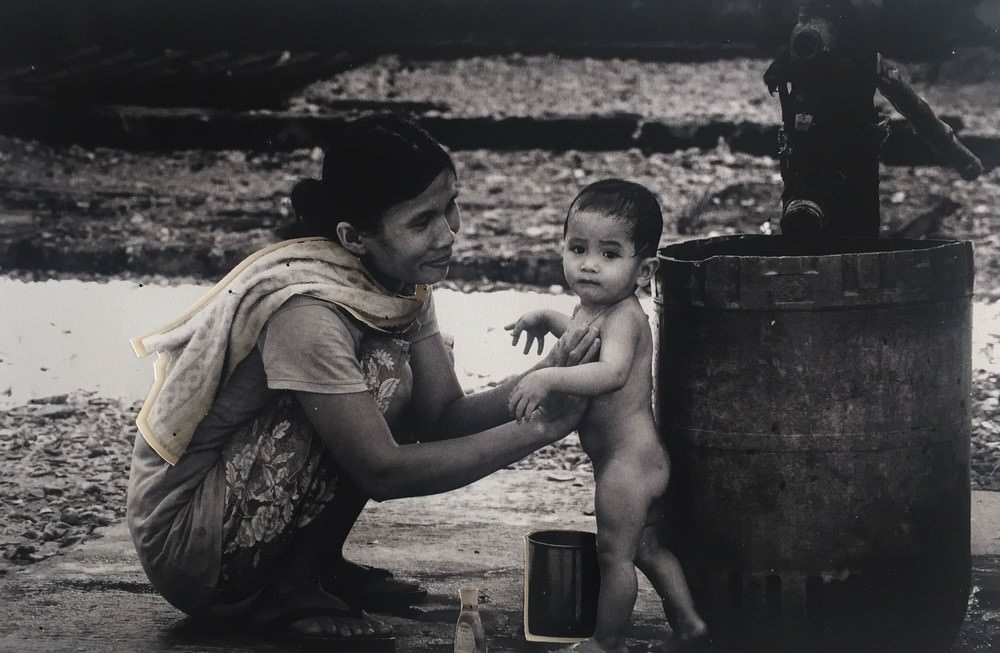 The series All eyes of the world is presented in this individual in small images Msgs, composing a mosaic of childhood in countries where Alessandra worked in social activities. In them, looks of children from different countries registered for the artist mix curiosity and joy characteristic for children to distrust and pain and, and, They question the possibility of living in fact this phase of life before the social conditions imposed. Alessandra considers that has never been unequal treatment given to children and, with the series, invites us to reflect on whether it is possible to preserve the innocence in these realities, leading us, with sensitivity, inside of these looks.

Alessandra Castrucci Rehder was born in Sao Paulo in 1989. Always interested in the question of image and your representation, He moved to Paris in 2009, where he graduated in photography at Institute SPEOS. Parallel, developing community projects in Asian countries and, Ali, starts his first photographic projects, representing these communities and the lack of material your day-to-day. Already in Paris, creates the World Wide Women, company directed to disseminate innovative production of young international photographers, and there it displays for the first time his works, in the exhibition “The Wanderer ’ 's Eyes”, in 2012. This year, the artist exhibited "Subtraction form" at the Museum of contemporary art of Mato Grosso do Sul (MARCO) and a Conference in Yamashiro, result of SCOGÉ Fusion NYC residence/Yamashiro, and the press conference "Urban Scapes: dreaming of nature ", in London, along with two other artists. He currently lives in London.

CULTURE AGENT
With the objective of providing access for all to culture, the post office promote artistic manifestations as Visual Arts, music and Humanities in their centers and cultural spaces in São Paulo (SP), Recife (PE), Salvador (BA), Fortress (EC), Juiz de Fora (MG) and Rio de Janeiro (RJ) and at the National Museum of the post office in Brasilia.
Since 2013, the post office in São Paulo Cultural Center has been offering the public a diverse cultural program, free and quality. The space occupies an area of 1,280 m ² of large Building Postal History, It also houses the main Office of the post office in São Paulo, considered the largest in the country, and the Philatelic Agency D. Pedro II. Inaugurated in 1922, the historic building is one of the postcards from downtown São Paulo, for its architectural dimensions, size and location.

There are more than 30 years the post office contribute to the preservation, rescue and promotion of diverse artistic expressions through its cultural units, playing an important role in the promotion of culture, tourism and social inclusion.

Previous: Cocktail and Exhibition “Environment in full” by Rosângela Vig
Next: Curitiba Cultural Foundation Launches notices for shows at the Armory