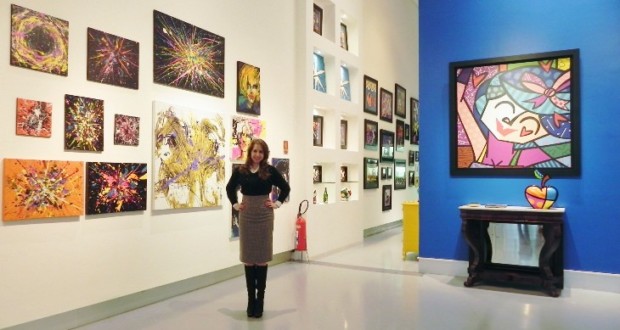 After graduating from in history of art at the Sorbonne (Paris) and present their works in various countries (Brasil, Free, Italy, Slovenia, Peru and Iran), the young artist Aline Pascholati exposes, during the next few months, its Explosions Roberta Britto Gallery & Co., with works by the renowned Romero Britto, In addition to other artists.

The series Explosions explores the nuances of the human psyche, cloistered in the unconscious emotions and suppressed by contemporary man, through colorful fabrics in which the dye is released directly from the pipes. Sometimes the bracket is stabbed. When recosturado represents the reconciliation with the inner self and a sense present at creation time. Thus, viewers can release their emotions through the contemplation of these works.

The explosions of the unconscious in the paintings of Aline Pascholati

Bursts of humor, can be called emotion, blood ...

Explosions that the contemporary and civilized man cannot let it flow, thus creating a deep unconscious universe, often so different from consciously. 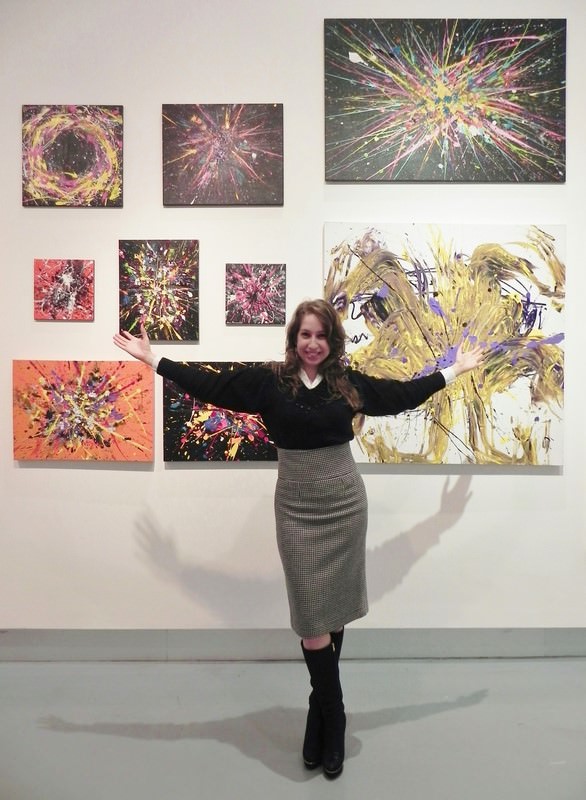 The series Explosions, created by myself and motivated by extensive readings, especially those on the psychological studies of Jung, aims to externalize these hidden instincts, exposing so the animal side and at the same time our spiritual existence.

The intention is to take the Viewer from its Center, so this may share the sentiment expressed in the works and perform a real projection over contemplation.

The series consists of acrylics on canvas that are, most of the time, black or white background, overlapping of color ink jets, exploring thus the duality and opposition of two base colors and great liveliness and playful character of other colors. Bright colors represent the intensity of emotions designed and mock the seriousness of our society.

The technique is inspired by that of the celebrated American Jackson Pollock, more important representative of abstract expressionism, as well as in spirituality present in the works of Kandinsky, Russian pioneer of abstraction and author of the interesting book The spiritual in art.

The inks are thrown with great force on the support without the use of brushes, thus creating inspiring cosmic explosions. Ink blots are larger and more rounded, from large pots, While those minors and vertical originate from smaller tubes. Mainly black background paintings have right souvenir of the universe and its stars.

Some have fragments of gold and silver, representing the multiple mirrors of the unconscious, that reflect to infinity. Some times, the screens are brutally stabbed, witnessing a genuine internal explosion. In some cases these are sewn, showing a willingness to order to chaos and reconciliation with that feeling and with the inner self. As pointed out by a journalist, these screens stabbed will evolve over time, because the cuts do not sewn, the fabric will squirm with the action of the ink and time. Works of art in permanent evolution. 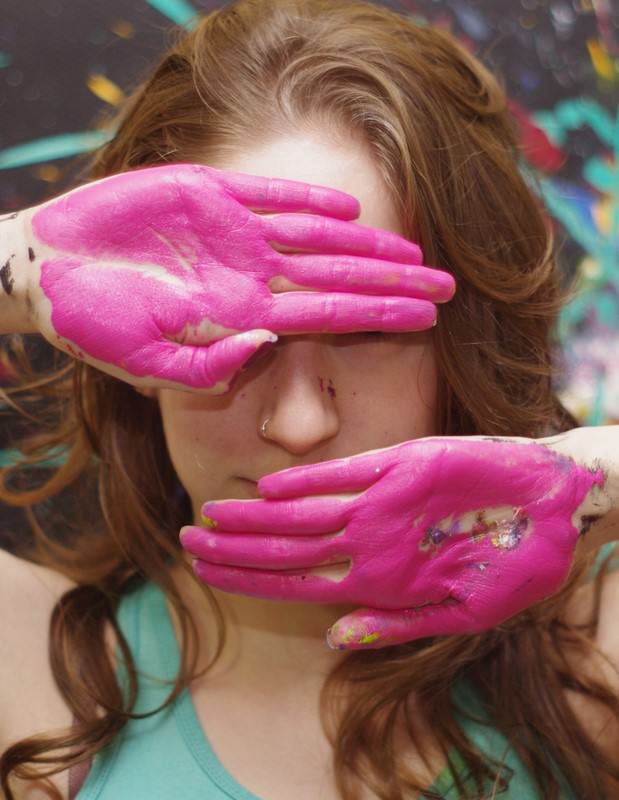 The rude impressions of my hands or fingernails-claws almost – in certain paintings show a reflection of the wild human power and turn this series of paintings the other composed entirely of handprints. The Act of printing my own hands and fingerprints on the screen can be seen as a visual signature. As Mantegna, Master of the Italian Renaissance, He represented himself in the midst of the frescoes of the vegetable decoration Room of the Spouses, in Mantova, Italy. Being this practice to sign through a self-portrait extremely common during the Renaissance.

Finally, and still on the subject of signature, My often finds himself in the midst of the smudges and ink jets, merging the work of harmonic way and doing fully part of it.