Home / Art / Almandrade, The concept between the verb and the Visuality 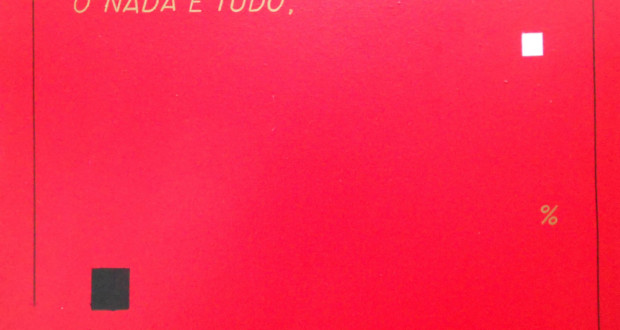 Almandrade, The concept between the verb and the Visuality

After the concrete poetry movement, there is 60 years and the Poem/process for 50 years which led to the total viewing radicalisation: the word was excused from the poem, getting just the signs or words / images that develop in the white space of the paper. The generation of poets artists emerged in the 1970 took the latest resource consequences of conceptual art, mail art and neoconcretistas experiences, stands out from that generation baiano visual artist and poet, with a background in architecture Almandrade. The great visual richness allied to the semantics of the proposal makes Almandrade one of the most creative workers of language. A constructor / inventor.

"We could almost say that Almandrade invented a new form of ' Haiku brasileiro ', reduced to simpler your speech. " (Marc Pottier). Between poetry and visual concept, between the form and the word, between the rigour and poetry walks Almandrade's work. Baiano exponent of conceptual art and, today, one of the great names of Brazilian Visual Arts, with a respected production in major art circuits in the country and internationally recognized. From day 04 April, part of this production, in smaller formats can be seen in Gallery Baró, in the consolação Street Gardens, playing until the day 30 April. The exhibition complements the release of album of engravings, circulation of 50 copies (16x22cm). Are 10 Visual poems produced in the 70 and edited in 2016 by Engravings in Brazil.

With about of 45 years of artistic activity, Almandrade needs no introduction. Their work, started amid the creative force that marked the artistic movement in the 1970, has a very particular trait: represents the very universality of art, alternating between the constructivist aesthetic, conceptual art and the visual poem. Consistency and rigour in dealing with different media, make Almandrade, a thinker who uses these brackets to produce reflections, an authentic representative of a generation that arose in the 1970. 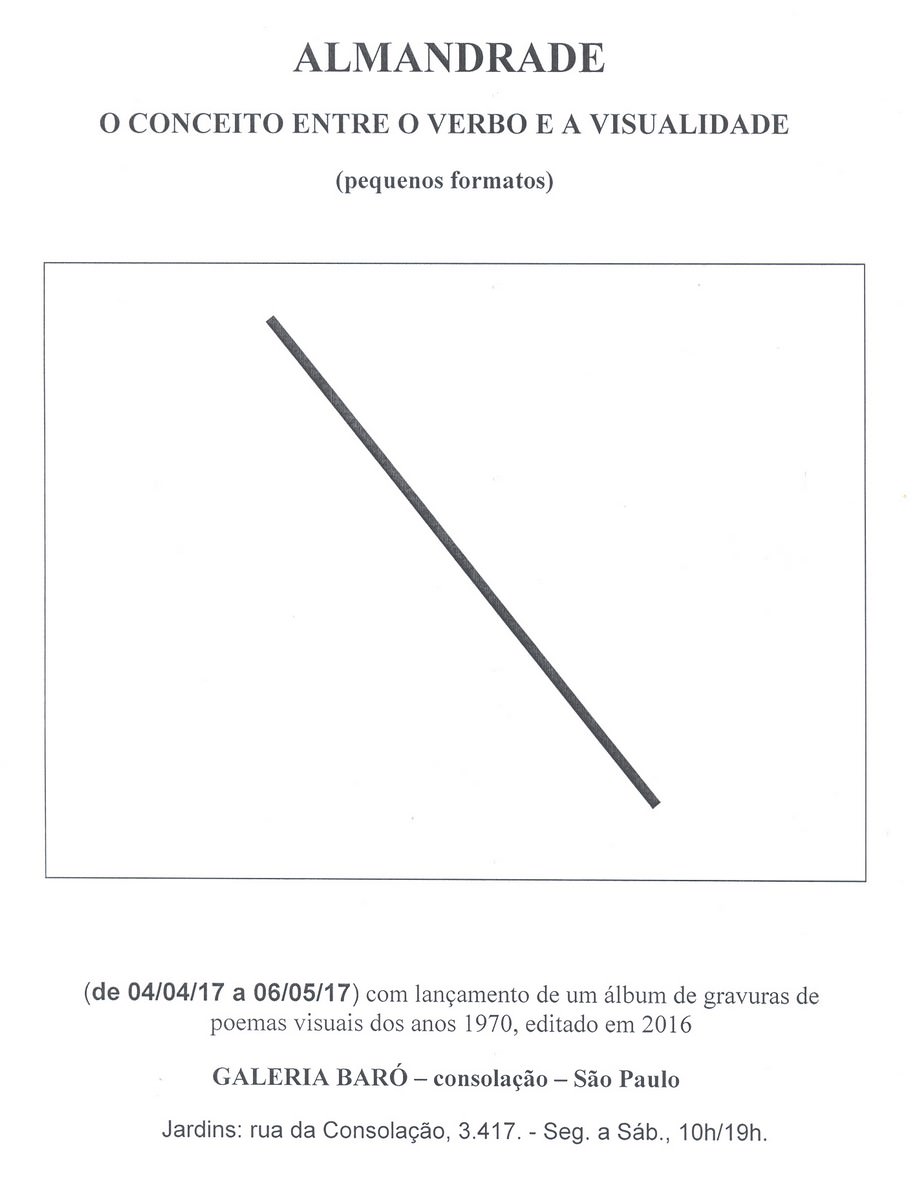 Almandrade, The concept between the verb and the Visuality, invitation. Disclosure.

Previous: What ABOUT inaugurates the Centro Cultural Correios next Wednesday (22)
Next: Vernissage Painting Exhibition, Dare… Dream! by Rosângela Vig