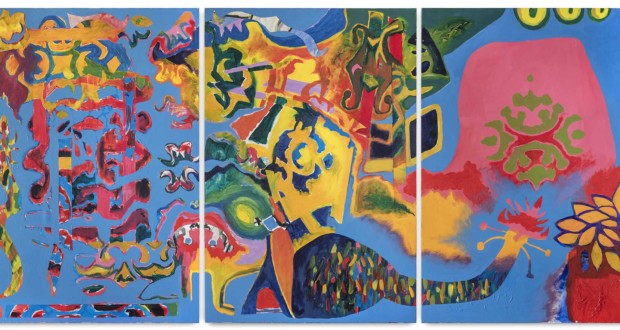 Consisting of paintings and installation, "Tropikus" proposes a political questioning by the absence of traditional curatorial, leaving the artist's work take voice autonomy

The visual artist Ananda Seidl inaugurates “Tropical”, no Uruguay Area, coordinated by Mariana Pinto and presentation of text Enock Sacramento. Composed by 13 paintings and an installation, individual proposes the concept of "invisible curatorship”, where the creativity of the artist takes voice of his creation with full autonomy, seeking personal reflection of the viewer about a political question.

Based on the tropical exuberance in colors torn and mud, that invades the space as contrast and political manifesto, Ananda Seidl to awaken the public the freedom to evaluate and reflect, from their own experiences, about the diversity among colorful works and installation presented. “The choice for art has always been present in my life as an indirect way of talking about personal issues, leaving free the caller synapses”, says the artist. Second Mariana Pinto, the organization of the work was meant to show this group in an attempt to avoid fixed readings: “All I wanted was to minimize the pre-established directions and avoid previous theories, to let the viewer in his references create your own reading and if possible beyond what he sees”.

“Tropical"Marks the debut phase Ananda Seidl no cultural circuit. In his words: “The art, for me, eventually became a seed before circumstances a period of my life. Once, I preferred a certain sacrifice in making art because of my son. The seed was then quietly, in dry, sterile environment. In a word, impossible to germinate. After decades, received seed – will know where – water. Then everything began to change! Although guarded for so long, the seed contained all the necessary information to sprout. And what happened. The water made my job, waking up the seed properties, that budded, He grew up and then came the fruit that is this first individual”. 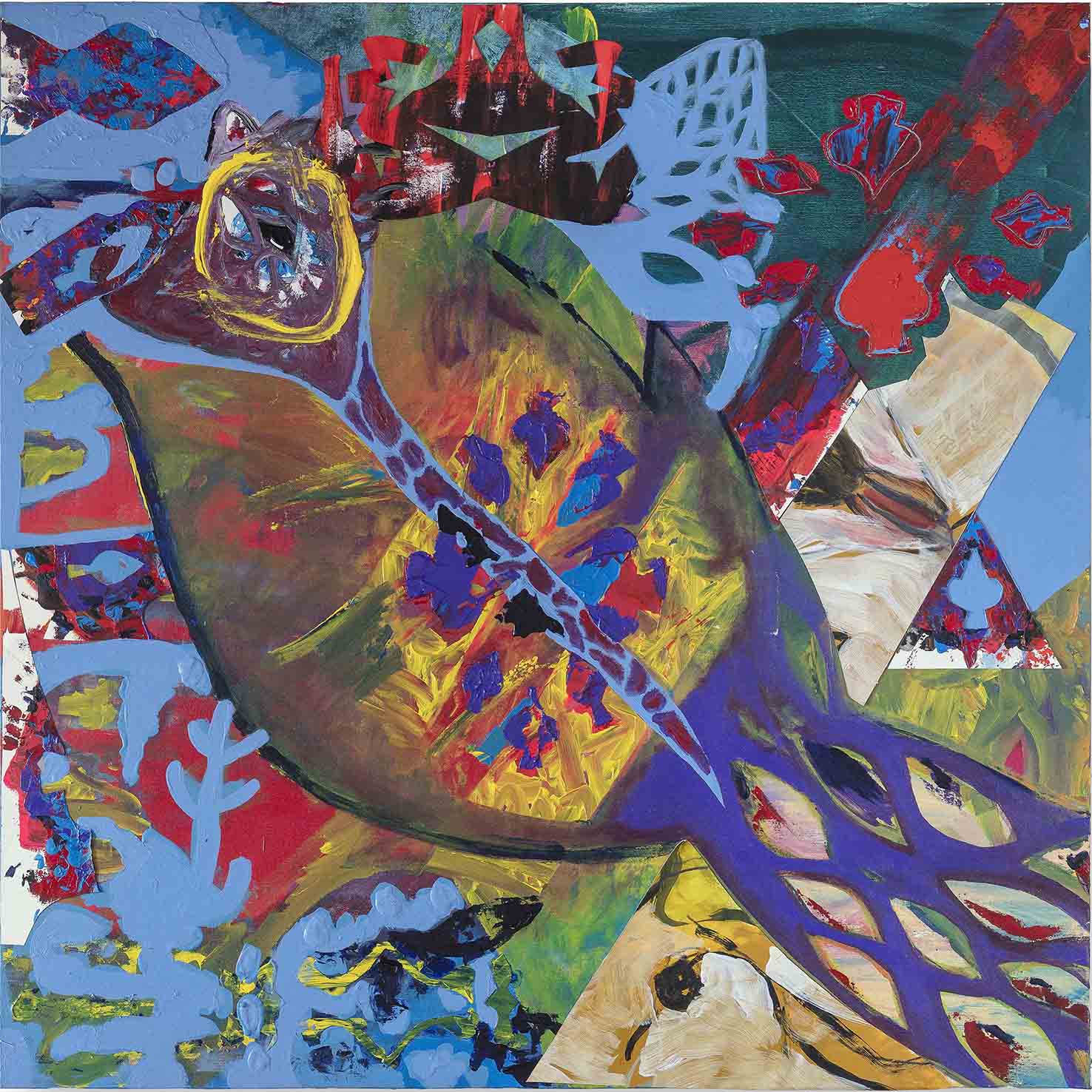 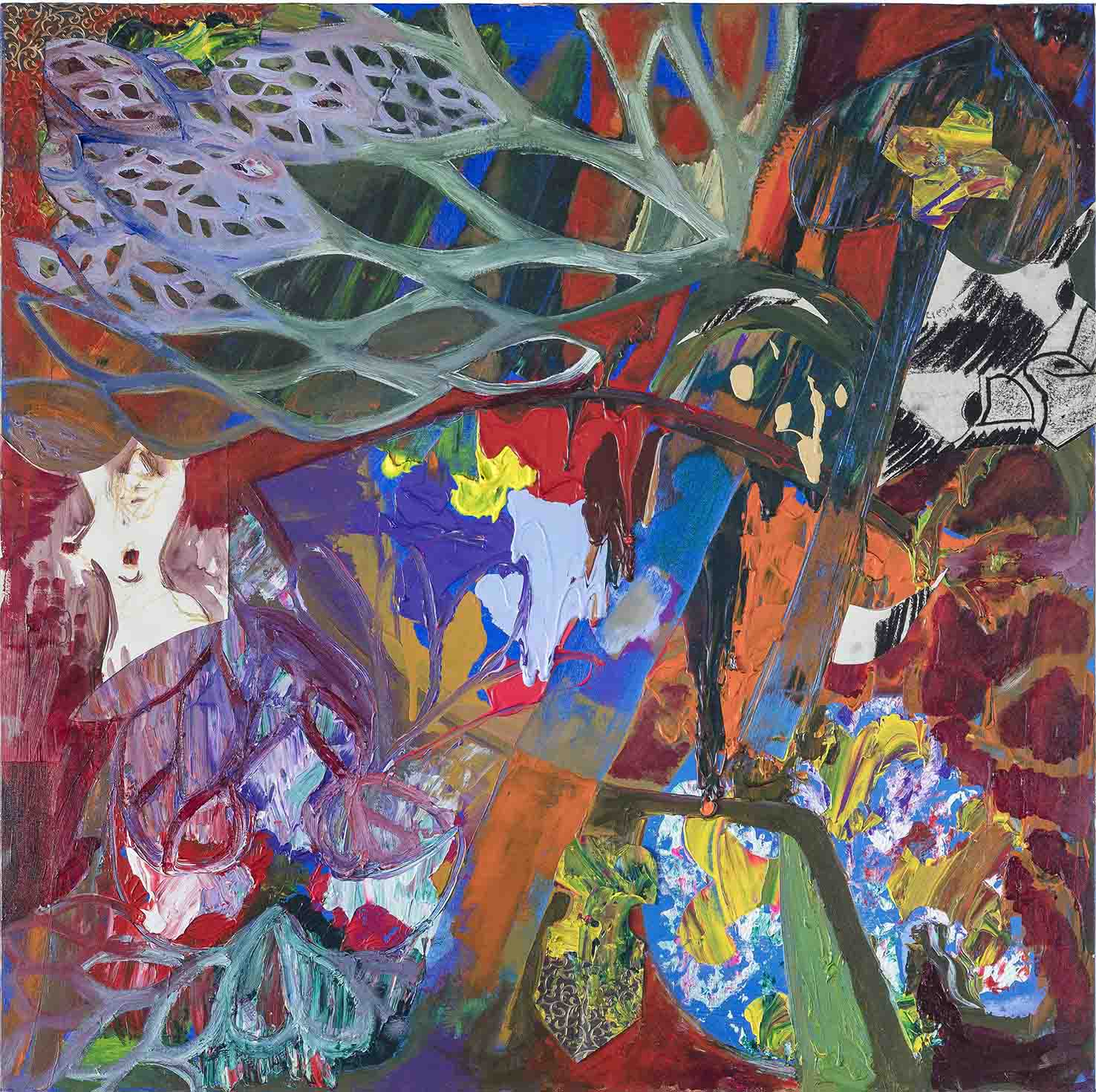 Adarcir Seidl Junior, São Paulo, artist and lawyer, It has interest in fine arts from childhood, particularly drawing and painting. She participated in several courses and work shops in Workshop Three Rivers in the late 80, and naked drawing in FAAP under the guidance of Aião Okamoto. It is known in the art world as Ananda Seidl. Family matters temporarily away from the artistic work; militates years as a lawyer, never stop dreaming of her true talents: the observation drawing, painting and, more recently, the production of objects from urban debris and organic materials collected on trips. this range, attends assiduously museums and galleries in New York, London and Paris and Documenta 14 Kassel, in Germany. In 2017 passes to attend design study group at the Modern Art Museum – MAM, in São Paulo under the guidance of Dudi Maia Rosa. The art begins to vibrate higher in Ananda and soul, under the direction of the same artist, in 2018 integrates private group painting study, special acrylic and oil on canvas. That same year participates actively in the Serrinha Art Festival, in Bragança Paulista, SP.

Art advisor, performer and producer. It also works in partnership with leading galleries for over ten years. Author of the book "Draw me", released in Fortaleza, Rio de Janeiro and São Paulo. Author of performances "Draw me" appears in Fortaleza and Sao Paulo and "One minute of your attention", presented in São Paulo. Currently coordinating a series of lectures on Art Collecting Art, in the House of Knowledge.

Member of the Paulista Association, Brazilian and International Art Critics. Participated in approximately 180 juries of art salons, healed over 200 exhibitions in Brazil, Latin America, United States and Europe, prefaciou near 200 exhibition catalogs, published numerous articles in the press and 33 books on art and Brazilian artists. Because of its role as critic and art curator, has received, in 2004 and 2016, Gonzaga Duque Award, the ABCA – Brazilian Association of Art Critics, by activities in the previous year and, in 2011, Mario de Andrade Award for his career as a critic and art curator. It is curator of the Foundation Jose and Paulina Nemirovsky, São Paulo.