The artist André Araújo presents "Death Killed" in the Public Library Art Gallery of Belo Horizonte 20 October to 14 November. Are 20 work on techniques and varying sizes produced throughout the artist's career. Are 20 punch in the stomach. "Death Killed" is an open book, direct, shameless. As well as direct and shameless violence that kills 160 Brazilian daily with shots, thwack, stab, shitload. Black, white, pardo, moreno, yellow, red. Poor and rich. Old and young. People from the favela and asphalt. More than slum asphalt. Younger than old. Mais poor rich. Blacker than black. But all of killed death. All cotidianizado, all trivialized, all forgotten the next day.

In "Death Killed" André Araújo reascende the biggest nightmare of Brazil: the insane violence that terrorizes general and that rewards us with the world title record for murders. His work, however, It is not simplistic. According to Araújo, "The proposal is to shed light on the killing, but also on the killer. The slain mother's grief, but also the killer's mother. Yes, because everyone has a mother. "

The exhibition "Death Killed" is available for visitors until the day 14 November at the Art Gallery Paulo Guimarães Campos, Praça da Liberdade, 21, Funcionários. 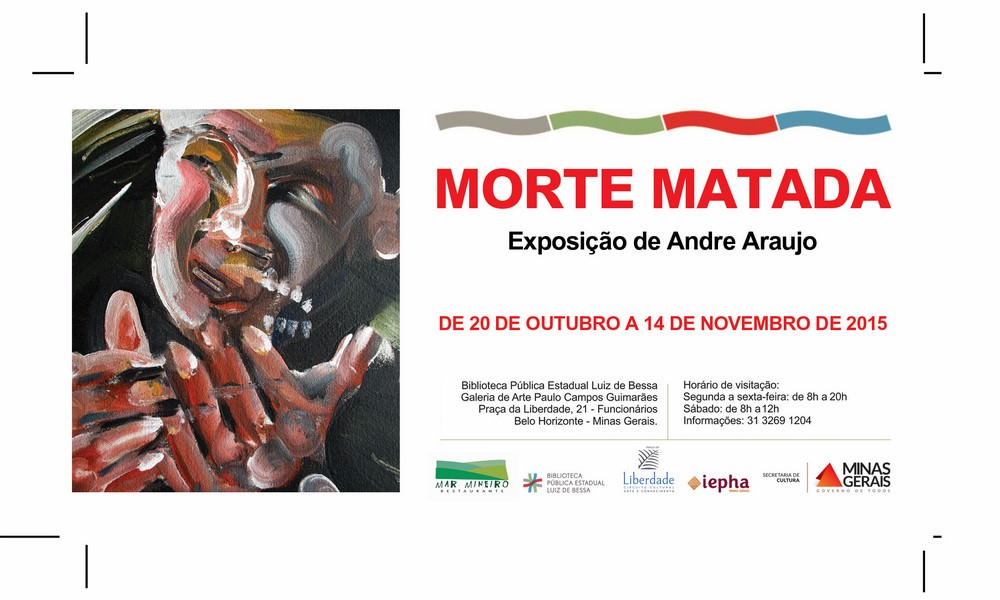