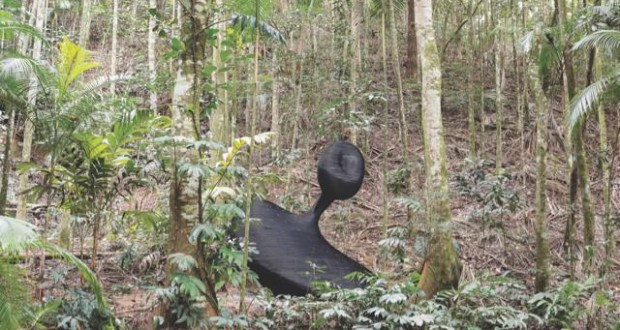 Launch will be Sunday, 15 September, the largest contemporary art gallery outdoors in Rio de Janeiro, located in the Tijuca Forest.

Pieces will be on display in the Mansion of Heaven and go on sale ArtRio.

Five of the most respected Brazilian contemporary artists living – Angelo Venosa, Eduardo Coimbra, Iole de Freitas, Nuno Ramos and Caldas Caldas – They will launch multiple in honor of Dam Museum, in the Tijuca Forest. The artists, who have works on permanent display on site, They present the new pieces in a celebration 15 September, with free admission, the museum itself, located in the largest urban forest in the world replanted by man. After, Multiple follow for display at the Museum of Heaven Chacara, in Santa Teresa. Parallel, the works will also be launched in ArtRio, in the Mul.ti.plo Space Art booth, in 18 September, Day "preview" of the fair.

The body of work consists of new works, unreleased and exclusive, a project fruit of a partnership between Mul.ti.plo and Museum Dam, opened in 1964, the residence and the Castro Maya collector's collection (1884-1968). Each artist will create a series of 15 small format sculptures that will be offered for sale by gallery. "This partnership is a tribute to the spectacular set of permanent works that inhabits the outer space of the institution, Adopting aperspectival full heritage, combining cultural heritage to natural ", says Vera de Alencar, Director Museum Castro Maya - Ibram - Ministry of Citizenship.

For the occasion, each artist has created a multiple of free inspiration. Venous Angelo developed a piece of bronze that, as well as its ongoing work in the museum, It is related to the nature and part of a mold digitally printed. With its ability to give the image a sculptural quality, Eduardo Coimbra created a diptych composed of light boxes made of steel and photography, remembering the optical effect of a rear view. In its multiple, elaborate hand, one by one, Iole de Freitas sought references in the series of large exposed facilities at Casa Daros, CCBB, Iberê Camargo and own Museum Dam, usandoo same material used in the works there (polycarbonate and stainless steel). The work of Nuno Ramos bows to Nelson Cavaquinho, uniting folk art to high culture of dictionaries. Based on the assumptions of his "Popular Science Handbook", Caldas Caldas created an unusual "symbolic operating system" or "poetic suggestions", which will be assembled by the viewer itself, instructions from. "A multiple has the ability to bring the artist's audience. It is an opportunity to take home remarkable works of some of the greatest contemporary artists of the country ", Vera celebrates. 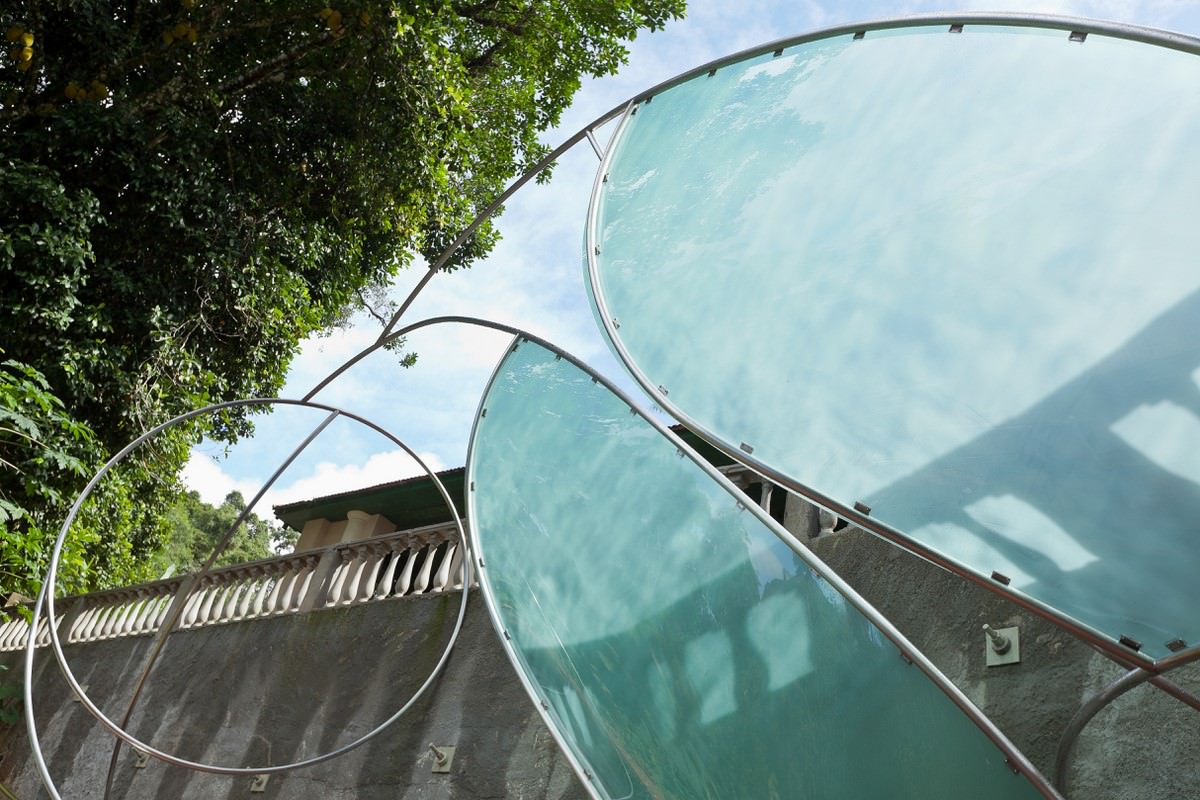 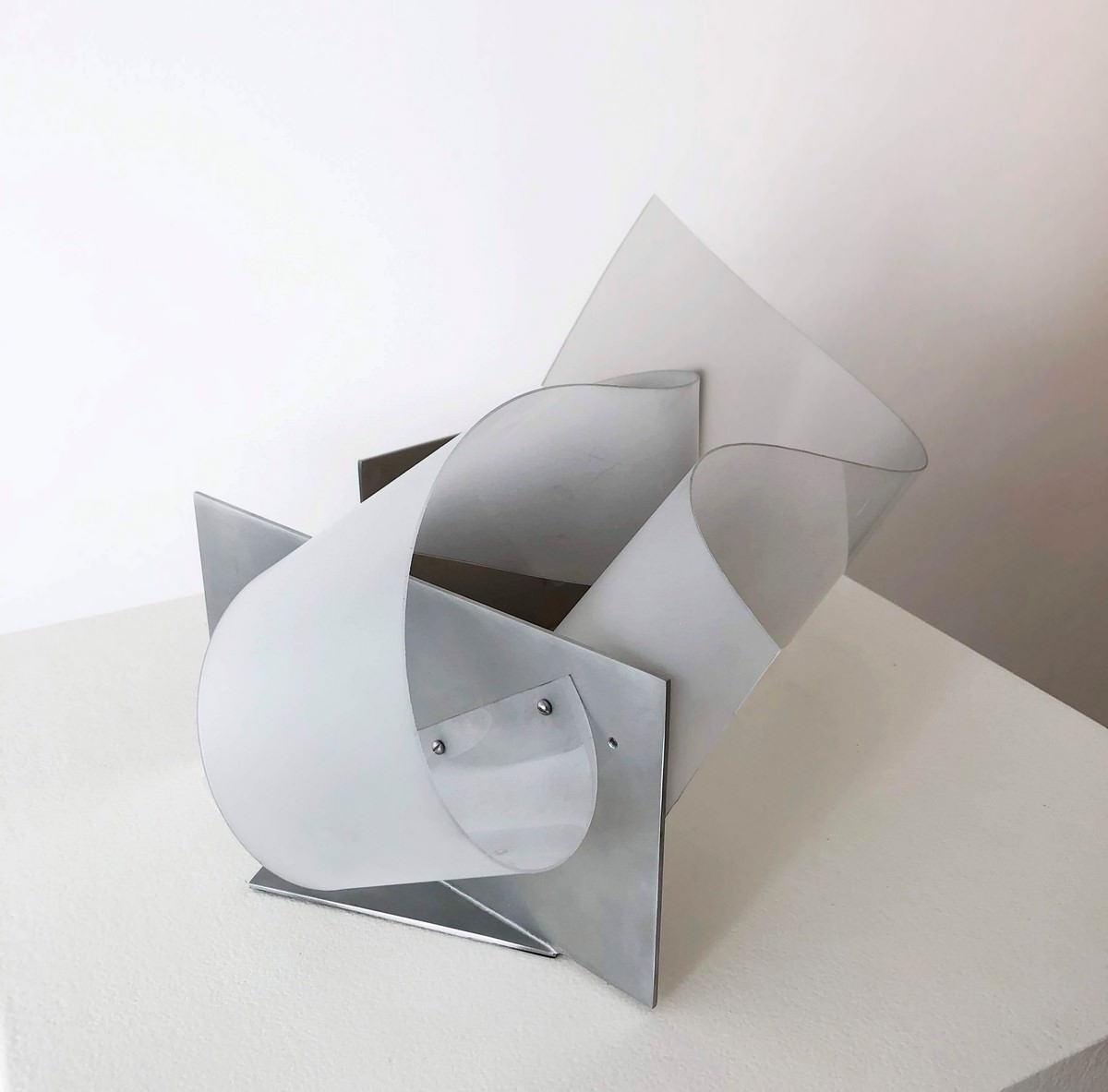 Iole de Freitas, I am my own architecture, 2019, multiple. Photo: Disclosure. 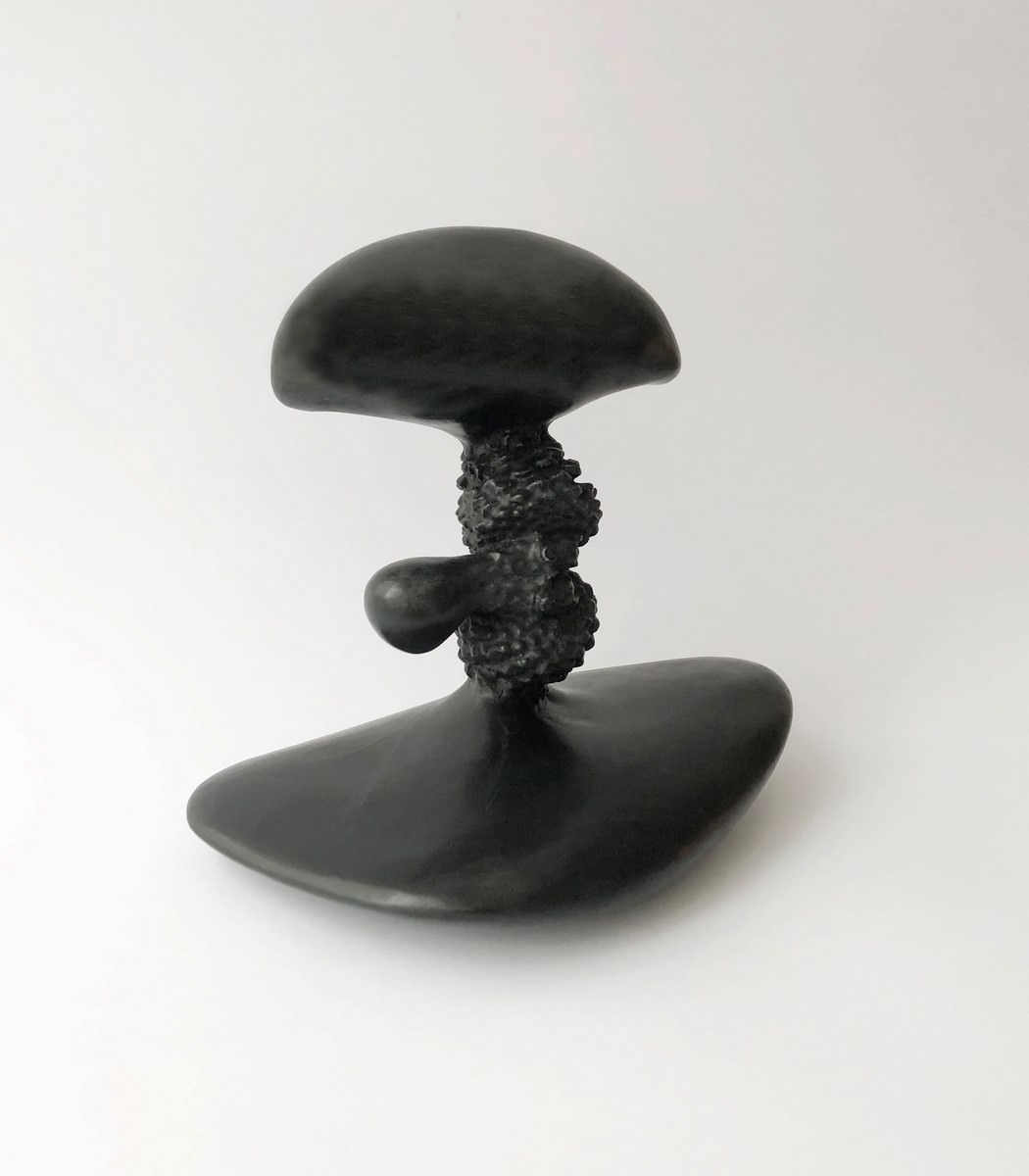 Angelo Venosa was born in São Paulo, where he attends school in Brazil 1973. It moved to Rio de Janeiro, in the year 1974, where graduating Industrial Design ESDI (Industrial Design School). In the 1980, attends courses at the School of Visual Arts of Parque Lage and, in 2007, defends the master's thesis "The Opacity", the Graduate UFRJ School of Fine Arts (Universidade Federal do Rio de Janeiro). Arose in the Brazilian art scene in the late 1980 and it is one of the few artists called the graduates "Generation 80" dedicated to sculpture to painting and not. Since then he laid the foundation of a career that includes stints in São Paulo Biennial (1987), Brazilian twentieth century art (1987, Museum of Modern Art of the City of Paris), Venice Biennale (1993) and Mercosul Biennial (2005). In 2012, the Museum of Modern Art, Rio de Janeiro (MAM RJ) consecrated him a solo exhibition celebrating 30 year career, that followed roaming to the Pinacoteca de São Paulo, Palace of Arts in Belo Horizonte and Recife in Mamam. In 2013 It was released the second book of his work, also published by Editora Cosac Naify. Today the artist has several public sculptures installed in the country: Museum of Modern Art in Rio de Janeiro (Gardens); Museum of Modern Art of São Paulo (Ibirapuera garden); Pinacoteca de Sao Paulo (Garden of Light); Copacabana beach / Rudder, in Rio de Janeiro; Santana do Livramento, Rio Grande do Sul; José de Moraes Park Ermírio, in Curitiba and Dam Museum in Rio de Janeiro.

permanent work at the Museum of the weir: catwalk, 2008 (32meters, wood and steel)

He studied at the School of Industrial Design in Rio de Janeiro (1964 – 1965). From 1970 to 1978 He lived in Milan, Italy, where he worked as a designer in the Corporate Image Studio Olivetti. From 1973 It produces and exposes your artwork. Among the individual exhibitions stand out: 9toParis Biennale (1975); 15toInternational Biennial of São Paulo (1981); exhibition "Cartographies" (1993), Bronx Museum (New York), National Gallery (Ottawa, Canada) and in Winnepeg (Canada); Bogota; Caracas and Madrid; Biennial Brazil XX Century (São Paulo, 1994); the single "Body Sculpture: the work of Iole de Freitas ", curated by Paulo Venancio Filho, the São Paulo Museum of Modern Art and the Imperial Palace in Rio de Janeiro (1997); Project permanent facilities Dam Museum, in Rio de Janeiro (1999); individual at the Art Center Hélio Oiticica (Rio de Janeiro, 2000), "Iole de Freitas", Valley Museum (Vila Velha, 2004), and "Iole de Freitas", in the Centro Cultural Banco do Brazil (Rio de Janeiro, 2005), all curated by Salzstein; 5Th Mercosul Biennial (Porto Alegre, 2005). In 2007 Iole was invited to perform a specific project for Documenta 12, Kassel, Germany, and 2008 He presented his work at the Iberê Camargo Foundation, in Porto Alegre. In 2009 She exhibited at the France-Brazil (Rio de Janeiro) and the Pinacoteca do Estado de São Paulo, and he participated in the exhibition "Desire shape" at the Akademie der Kunst, in Berlin. In 2015 Iole held the Monumental Area MAM Rio de Janeiro with the exhibition "The weight of each". In 2016, participated in the exhibition "The Many and the One: Brazilian Contemporary Art, Collection Andrea and Jose Olympio Pereira. In 2017 participated in the exhibition "Ways of seeing Brazil: Itaú Cultural 30 years ", father, Ibirapuera park (São Paulo). His career is documented in various texts and art critics renowned publications. It is represented by Galeria Raquel Arnaud since 1988.

permanent work at the Museum of the weir: Untitled, 2012 (14meters, polycarbonate and steel cables)

Nuno Alvares Pessoa de Almeida Ramos (São Paulo, SP, 1960). Sculptor, painter, designer, set designer, essayist, Videomaker. Is studying philosophy at the Faculty of Philosophy, Letters and Human Sciences, University of São Paulo (FFLCH/USP), from 1978 to 1982. It works as editor of the magazines Almanac 80 and Kataloki, between 1980 and 1981. Begins to paint in 1982, when he founded the studio house 7, with Paulo Monteiro (1961), Rodrigo Andrade (1962), Carlito Carvalhosa (1961) and Fabio Miguez (1962). Performs the first three-dimensional works in 1986. The following year, receives from the Museum of Contemporary Art, University of São Paulo (MAC/USP) 1st Exchange Émile Eddé Plastic Arts. In 1992, in Porto Alegre, exposes for the first time installation 111, It referred to the massacre of prisoners in Carandiru Penitentiary (Carandiru) occurred that year. publish, in 1993, the prose bookwhich and; in 1995, the book-object Ballad. Vence, in 2000, the competition held in Buenos Aires for the construction of a monument in memory of the disappeared during the military dictatorship in that country. In 2002, publishes book of short stories The bread Raven. To compose his works, the artist uses different media and materials, and works with engraving, painting, photography, installation, poetry and video.