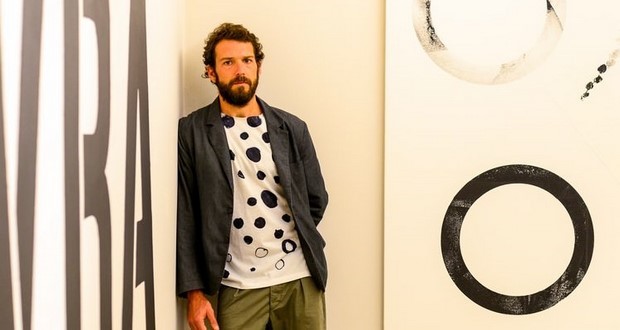 Antonio Bokel back to São Paulo with the exhibition "Everything"

Solo exhibition of the artist carioca in Art Aura Gallery
gathers 20 works, among paintings, sculptures and photography,
and is playing between 29 august to 30 September

The work of Antonio Bokel transits, more than 15 years, between the urban language of lick-lick, of graffiti and graffiti sticking, photography, sculpture and the screens. The bridge Rio-SP area since February this year, the artist Carr released your book, "View", during the SP-Arte. The work illustrates, so overview, its history and production.

With a look of "migrants" in the city of São Paulo, Noting the concerns of the metropolis, Bokel began the process of creating your new exhibition, "Everything that is covered", It opens to the public in 29 August, Aura Gallery Art, in Vila Madalena, curated by Paul Gallina.

The show has, approximately, 20 works, being 17 paintings and 3 concrete and bronze sculptures. The idea for the individual came up during a walk with the curator, through observation, along the route, hidden objects for other surfaces – fabrics and tarpaulins, among others. "Everything that's covered inspires me", said the author of the work at the time. 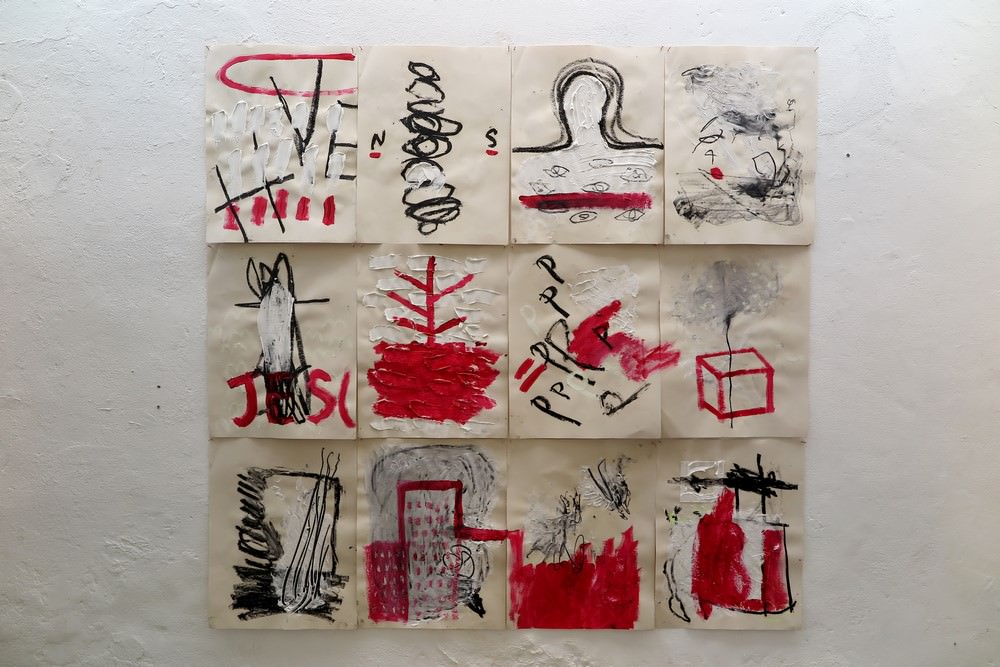 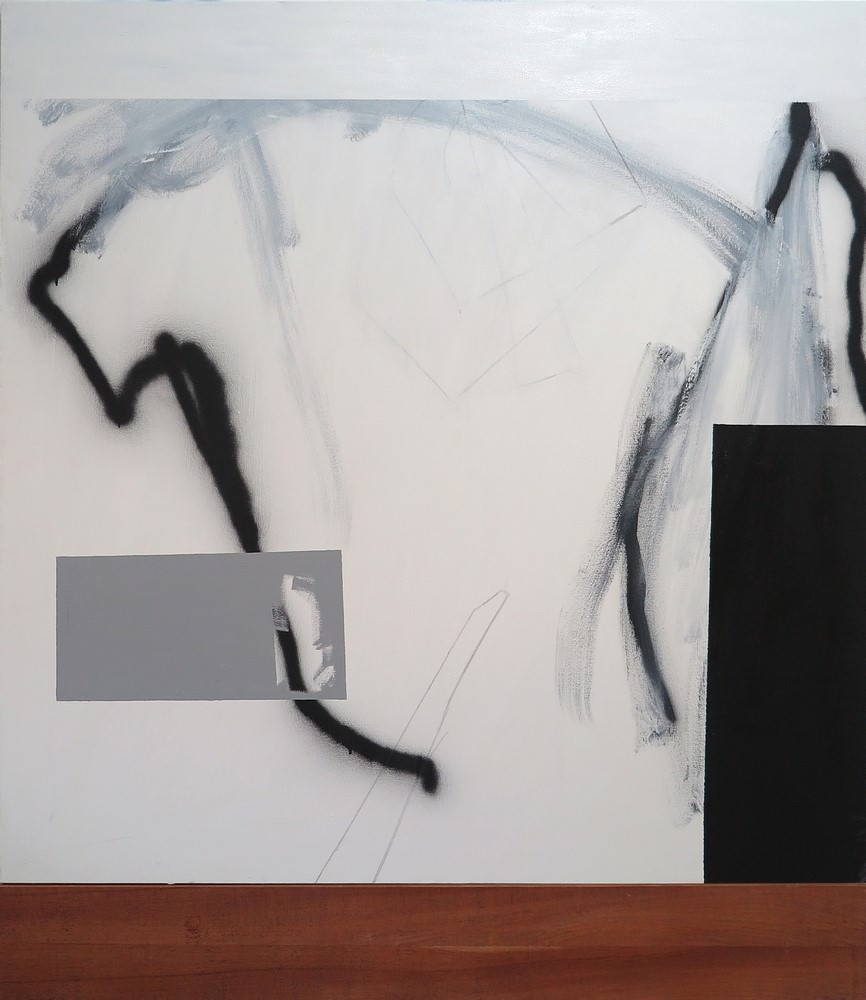 From there, What was already latent in the previous parts of the artist, through the painting wins new passage to the form, including the sculpture and photography. This individual, for example, Mrs 17 paintings reveal the concern with the sign character, as if each line, motion and color to worry with the record of what happened and not with the "image itself". About this process, Gallina in curatorial display text:

"When you reflect on the universe of the arts is always thinking in images, with frequency, however, confused-if a work of art with the surface of the image. Maybe in artistic productions, as musical or literary, the relationship between the form and the content would even take not refer so much to the images on the role. With production in plastic arts, however, the image is repeatedly taken as synonymous with the visible surface. A reasonably logical conclusion, even if it proves to be false in the context of the research and production of the Rio Antonio Bokel artist ".

One of the highlights of the exhibition is the set of paintings titled "LAUGH" (2017), in which Bokel urges the observer to an experience. Linen and cotton fabrics overlap gestures free of lines and shapes to the hardness of the geometry by blackness: Unlike analytical mathematics, as a way to address the mental world, the "LAUGH (2017)"reveals another way: be explored while moment out of time-with no past and no future – as put in sight while occurrence. Other paintings, as "Amilcar Barefoot” (2017) and "Freight” (2017), resize the visual discourse of the artist to the interest by tracks and traces, as the yellow rectangle "Freight ", that suggests a surface that had been completely concealed by a layer of blue paint. 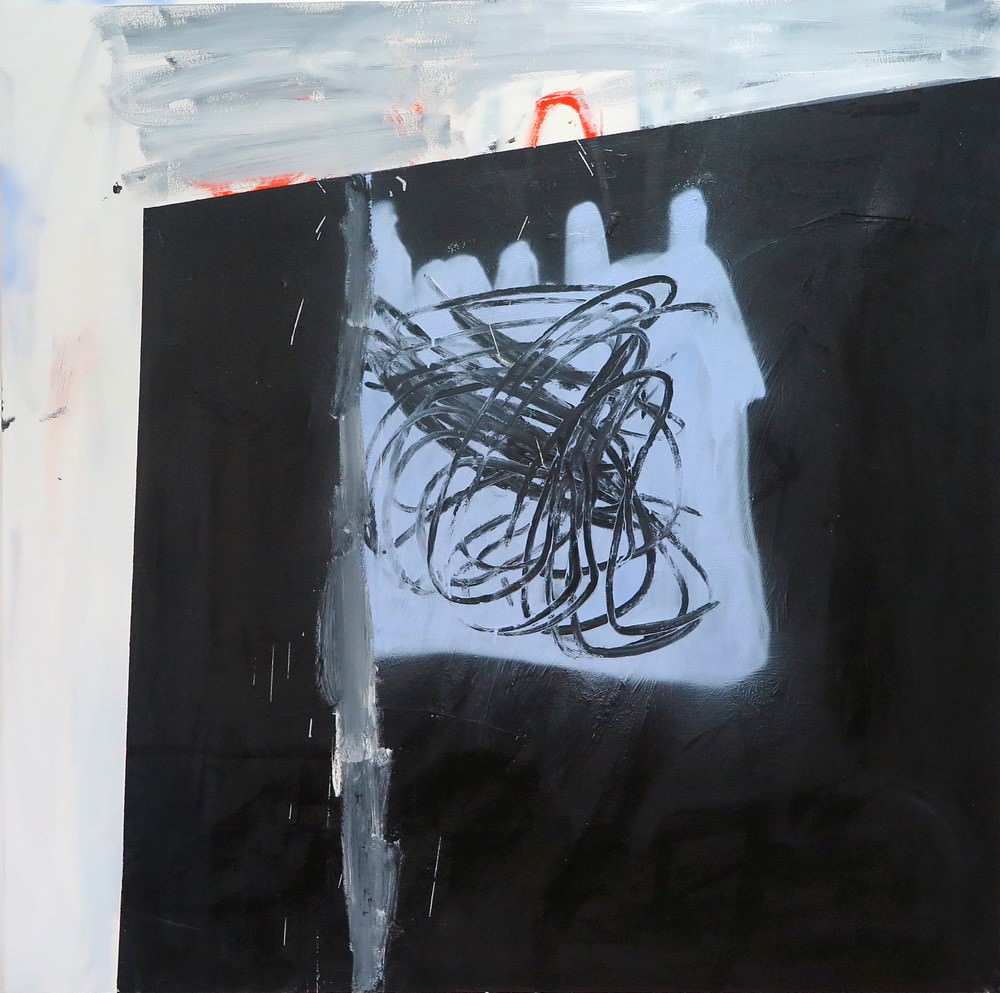 Inspired in the tissues covering the bodies in the Renaissance issued, Bokel continues the exercise started in previous exhibitions with the use of concrete and bronze. The difference for that individual resides in the casting of the bronze fabrics, that suggests the appearance of lightness in a dialogue with a raw material as concrete. "Bodies covered that can hide or reveal, both in paintings and sculpture. The painting covers the surface, leaving traces and overlapping layers, but always leaving a clue support, as a fetish ", analyzes the artist.

Born in Rio de Janeiro, in 1978. He graduated in Graphic Design by UniverCidade, in 2004. Your first solo exhibition was held in 2003, in Ken's Art Gallery, in Florence (Italy), where he resided and took courses in Photography and art history. Rio de Janeiro, model lessons alive with Flag and took courses in painting with João Magalhães and Luiz Ernesto, at the school of Visual Arts of Parque Lage. Over the last two decades have presented your work in Brazil and abroad.

Its main exhibitions were: in 2012, "Urban Grammar", in the Centro Municipal de Arte Hélio Oiticica, Rio de Janeiro; 2013, "Transfiguration of the Trail", in the Centro Municipal de Arte Hélio Oiticica; 2014, more an individual, "On the edge of the world", the Federal Justice Cultural Center, Rio de Janeiro; 2015, "La Nature d'Or", Mercedes Viegas Gallery, in Rio de Janeiro; 2014, "New Acquisitions", at the Museum of modern art, in Rio de Janeiro; 2016, "Nothing but the Words", Matias Brotas Gallery, in Victory, and the exhibition "Point of View/site specific", in the gardens of the Palace of Pena, in Sintra (Portugal). Besides, did residencies in AAAAA On Thing But Truth, in the Sid Lee Collective Gallery, Amsterdã (Holland), in ARTHUR – United Artists in Residence, in Lagos (Portugal), and in the Citadel Art District, in Cascais (Portugal). Was nominated kite 2015. 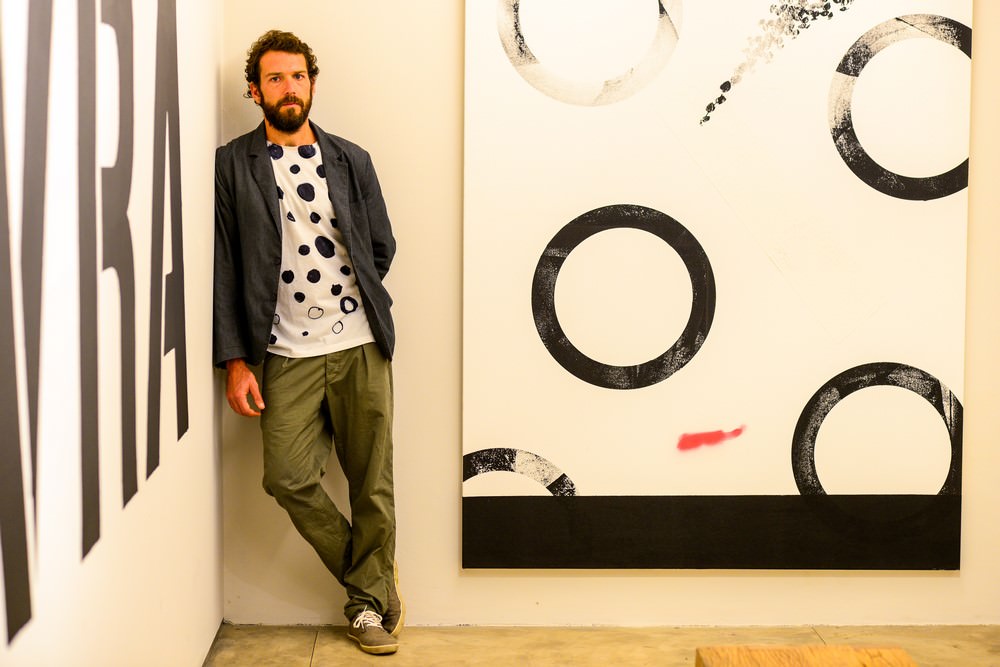 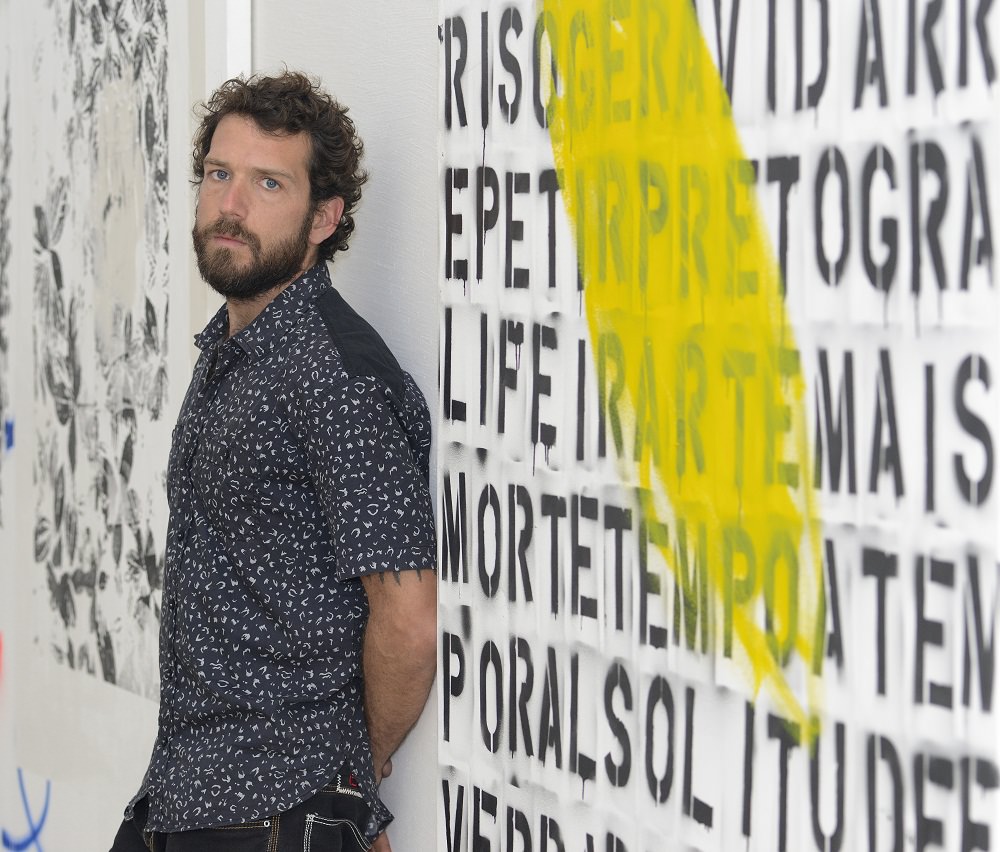 Established in April 2015, the Aura search represent artists who are linked with the processes of the current time, with looks attentive to contemporary experience. "So, and often, We focus on the choice of young artists that are on the sprout of his discoveries, connecting so pulsating with that context. On the other hand, We have artists that feature a longer trajectory in this scenario, as is the case of Antonio Bokel. In it, on impact the ability to think and to transmute the urban. Are screens and sculptures that play with the layers of the city, to give or not visibility, and also play with the movement and spontaneity”, says the Director of the Gallery, Bruna Bailune. Currently, divided into two fronts: the gallery in São Paulo, that performs exhibitions of artists represented, and the online platform (www.aura.art.br), whose goal is to promote broader democratic way the production of young Brazilian artists. The Aura also acts in the creation and execution of various artistic projects. Since your creation, held 15 shows between Porto Alegre and São Paulo – and has participated in art fairs and exhibition projects supported. She was nominated for an Award From fine arts IX (2015), in category featured in institutional space, Public or private, Artistic dissemination in Porto Alegre/RS.

EVERYTHING IS COVERED, BY PAULO GALLINA

When you reflect on the universe of the arts is always thinking in images, with frequency, however, confused-if a work of art with the surface of the image. Maybe in artistic productions literary arts or the musical relationship between the form and the content would even take not refer so much to the images on the role. With production in plastic arts, however, the image is repeatedly taken as synonymous with the visible surface. A reasonably logical conclusion, even if it proves to be false in the context of the research and production of the Rio Antonio Bokel artist.

The paintings by Antonio reveal promptly to the eye sign interest, as if the line, field of color to color field, the artist to record movements without worrying exactly with the resulting image. Because the image is the result of the record, not sorry for gesture happens. The set of paintings LAUGH (2017) is revealing this moment of Bokel: the linen and cotton fabrics interim, the artist also approaches and overlaps the gestures to free geometry of linear geometric shapes filled with blackness. Almost naturally, Antonio reveals to the observer as both attitudes are formed by the same brushes, sprays, spatulas and fingers that lay the paint, are layers of paint covering the surfaces and pretending to be geometric shapes without the pretension of approaching mathematics Analytics capable of conceiving these same forms. That's because math is a mental way to approach the world and shapes, Although the set of panels LAUGH It is an experience to be explored while moment out of time: no past and no future, the artist requires the observer that it exists and note the existence of matter put the vista. Not by chance, some of the paintings in this exhibition the surface of fabrics, the linens, of areas sown to cotton and wooden plates are exposed to look, This procedure implies a broad thought about painting in which the artist believes the support element to be highlighted in addition to research on gesture registered online or colorful surface.

Other paintings such as Amilcar (2017) and Freight (2017), In addition to the given that integrates the ¹ support the image, reveal also the interest of the artist by tracks, traces of many States by which the painting spent. In Freight, for example, the yellow rectangle suggested more or less in the center image is the excavation of a surface that had been completely concealed by a layer of blue paint. The excavation, in this painting, is the revelation of the memory of the way until this final image, as if the walk until the image was in fact the purpose of painting and not simply the fetish of the piece finished or image contained therein. Although smaller paintings as wooden boxes painted with oil paint, explore also the specific feature of this pigment dilution. The gestures in the series Untitled

A painter working with oil paint opens the color (creates a palette of shades from the mixture of colors in a color base), Antonio Bokel reveals these palettes/mixes with its small oil paintings.

In his book The universal history of infamy ² Jorge Luiz Borges presents to your reader the tale of a Chinese King who demands of its cartographers making maps with proportion 1:1 that is a map that has the same size of the Kingdom. Borges, on your narrative, is commenting on human expertise to cover the world with your perception. Plastic work carioca Antonio Bokel reverses this perception, requiring the observer your presence on the job, not allowing the observer is only one entity that understands the world as is the map in relation to the realm of Argentine author's tale. 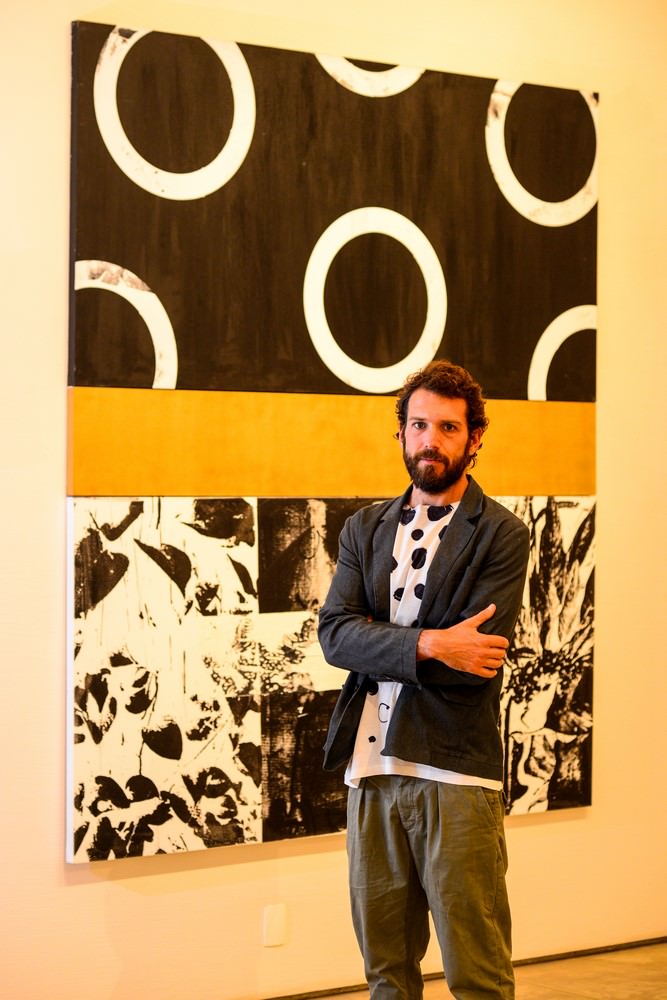 Previous: BUT promotes on-site Course: Getting To Know São Paulo
Next: “The Network, The Mole, The Good” by Jessica Tan