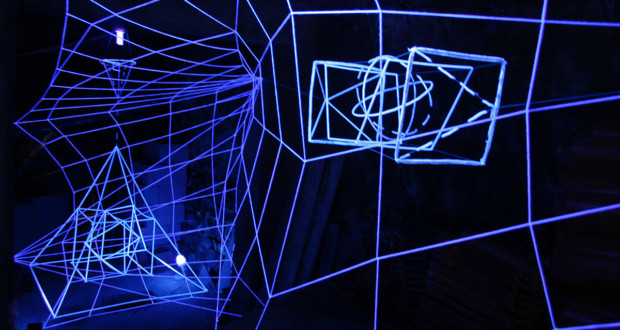 Art to connect and build a less segregated world

The three-dimensional works that glow under ultraviolet light, Brazilian artist based in New York, Sabrina Barrios - who have gone through Belgium, Spain, Denmark and the United States, arrived in Brazil in a trilogy (three sites for three consecutive months, months before our presidential election). Each unit of geometric triptych is part of a larger puzzle. It is up to the viewer / participant connect the dots to understand the full story. In addition, the public is invited to participate in the discussion and exploring physically navigating through these works.

For curator Daniela Mattos, Search artistic comprises many intensities Sabrina “Something of a wild female and alchemical (plotting which gives body and materiality to facilities, paintings and objects); with their projective stringency drawings; with their research that overlap conspiracy theory, formal aspects (but not literal) that refer to identity and historical issues Brazilianness; with so many other speeds that would not fit here, perhaps because of its conceptual and poetic nature almost holographic”, define Daniela.

"What it is up to us, therefore, It is to open our vibrating power to the alchemy of forms, lines and planes, deciding how to enter the portals that these works generate and choosing our own cartography and escape plans ", complete.

As part of its process of immersion in Rio de Janeiro, Sabrina live both sides of a socially and politically divided country. From April to the end of this year the artist is experiencing two realities, living between Rio Zona Sul and the Providence community (oldest slum city), where you will have the opportunity to understand the reality of those whose voices are seldom heard.

Your goal is, through Art, create a space for reflection illustrating the consequences of these extreme views that divide the country. Listening to both sides, Conversing no longer. 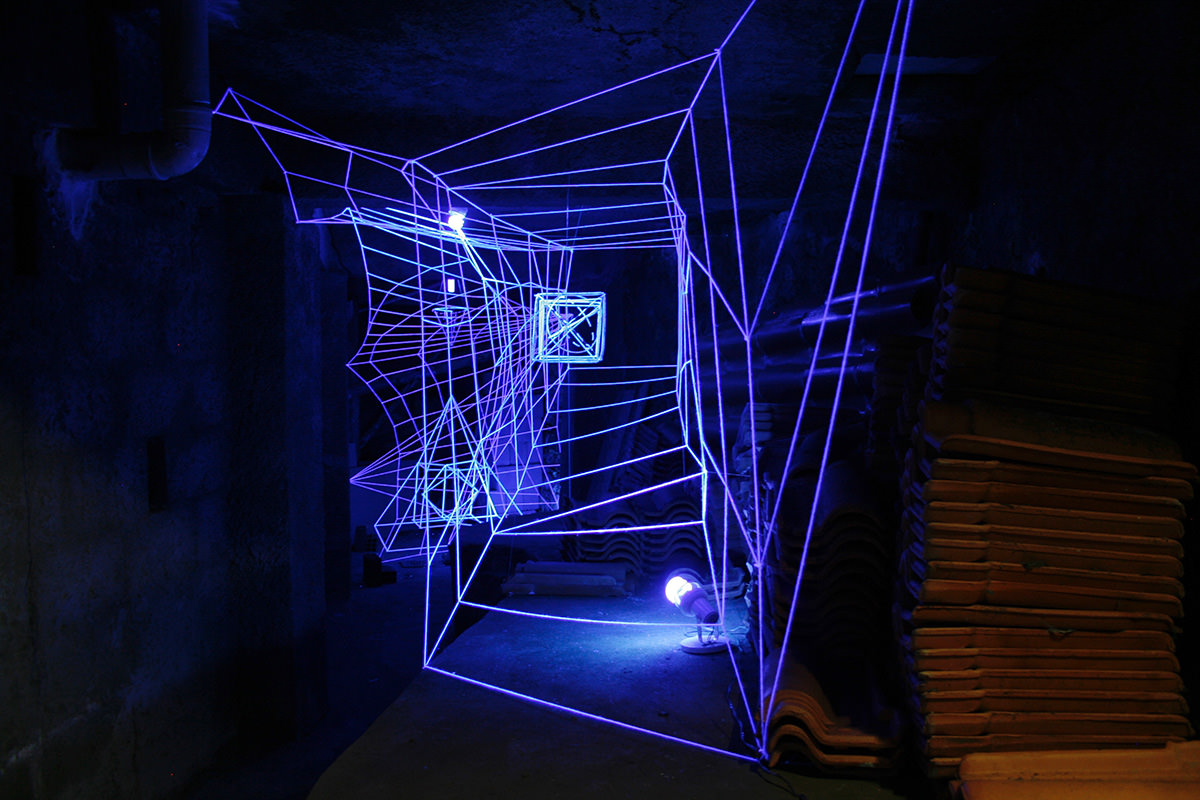 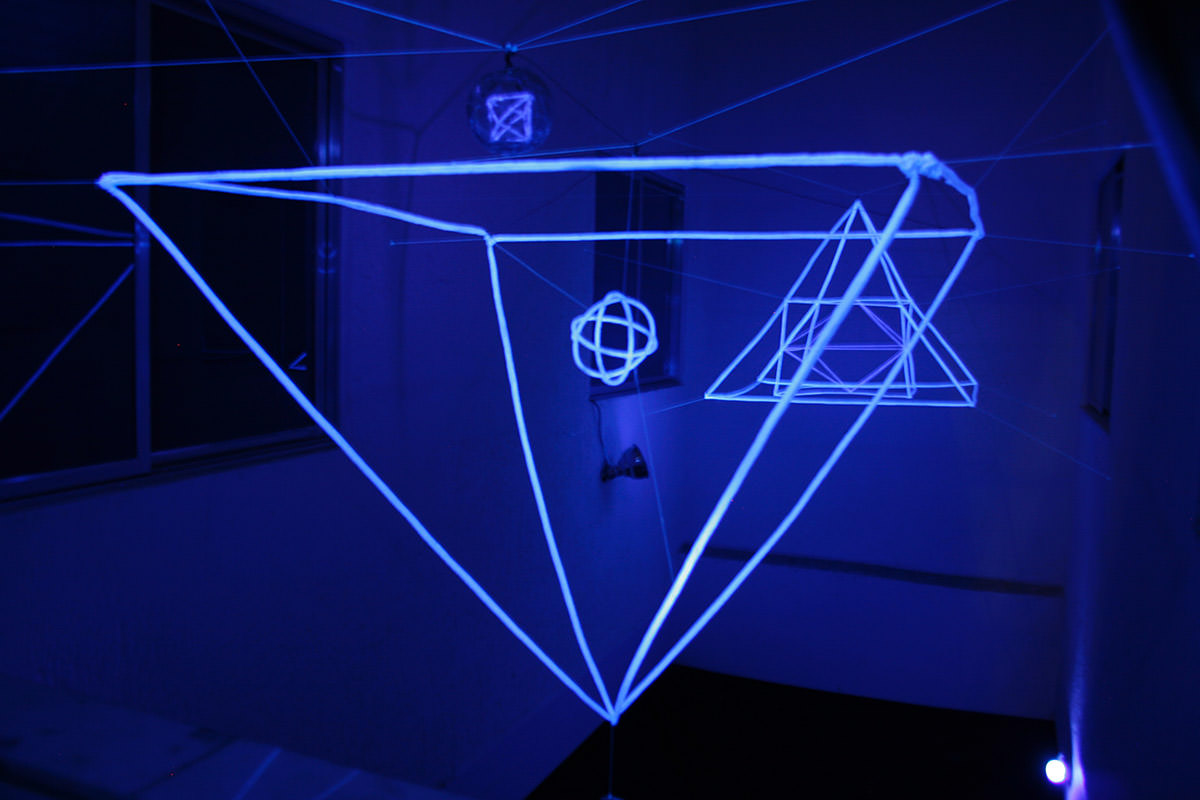 “Leakage plane” It is an installation built in an underground bunker in the garden of the house where today works Marquês456 art gallery. In the 60 was the residence of a diplomat and the bunker was built for him to escape torture during the military dictatorship. In his narrative, mixing symbols and quantum physics with conspiracy theory, the artist created a wormhole that connects these two important periods of our history: the 21 years of dictatorship and the coup 2016; to point out that a country that does not know its own history is destined to repeat it.

The second installation of the trilogy, “Matches” (Despina built in space), illustrates our history of political and social segregation through geometry. Two triangles can be seen (one pointing up and the other down), each containing part of the Brazilian flag. As the viewer moves the work, these drawings in space take shape. When visually superimposed (added), Parties saw a whole, all; and our flag, complete.

The third installation (It is built this September) It is called "Beam", and closes the trilogy with an individual consciousness message and hope (as a light beam). It is created with the children and adolescents of Providence, and be located at the top of the hill, It can be seen from various points of the city, especially at night, when it will be lit. 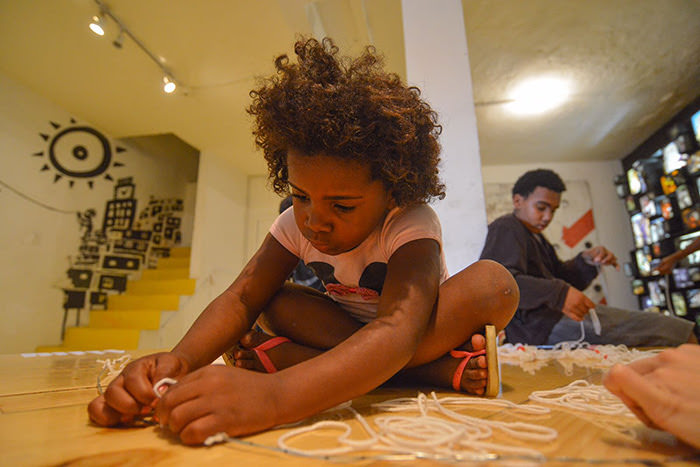 The sequence begins in the bunker as underground space; the transition by Despina space which is an artistic profusion point and political resistance; and the ultimate in high point, built by the hands of our future (children of Providence); refers to a trajectory toward the light as symbol of consciousness-so that these two coexisting worlds can respectfully and peacefully inhabit the same place in space.

The three facilities will be open to visitors during the Art of Rio 27 to 30 September.

The opening of the exhibition in the Yellow House happens Saturday, day 22 September, from 16 at 8:0 pm; and be based in the community will have a list of confirmation for interested. More information on email casaamarelaprovidencia@gmail.com

Some exhibits of the artist:

To learn more about the artist:
www.sabrinabarrios.com

Previous: Museum of engraving opens two exhibitions on Thursday
Next: rare concert with works of the court of King Louis XIII and Louis XIV will be presented in the Chapel Santa Maria