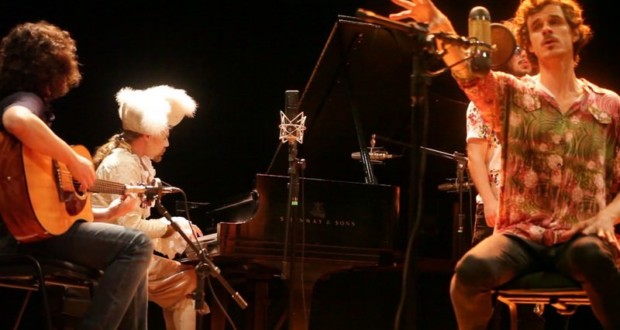 Band Trombone in fruit "Live at the Chapel". Photo: Disclosure.

The chapel Santa Maria is the first season of "live at the chapel", where musicians curitibanos various styles participated in the recording of video clips. In partnership with Rolling Stone magazine, the Cultural Foundation of Curitiba produced 17 episodes that show the combination between musical genres varied and classical concert space.

According to the Superintendent of the FCC, Igor Lamb, the objective of the project is to present the possibilities of the chapel for all Brazil, at the same time promoting the talents of the city. "The project brings the compositions of music by an unexpectedly, with the arrangements respecting the esthetics differs from space ", Bill Lamb.

The episodes will be released every Thursday on facebook of FCC. The Trombone band debut the first fruit of the series with a pot-pourri of the songs As Llora Una Estrella, Antonio Carrillo, and the quote from Tcharara-copyright group composition. The result is amazing and the rest of the Guide videos ranging from rap instrumental. "It's going to have a dialogue with a large number of people by the musical diversity of the project", says the Superintendent. 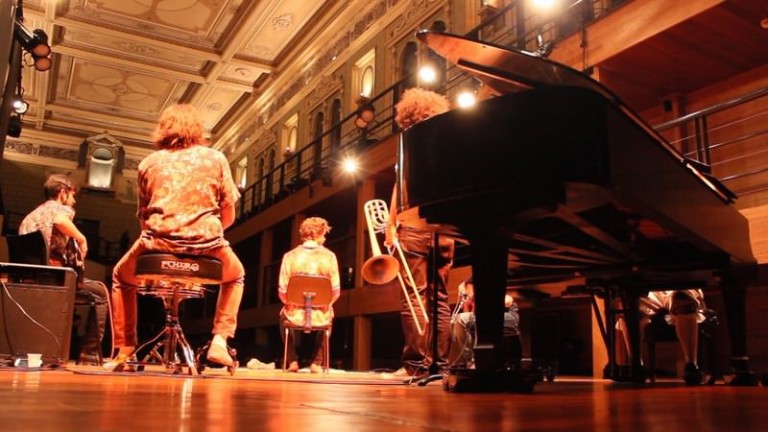 Band Trombone in fruit “Live at the Chapel”. Photo: Disclosure.

Artists of the 1st season

Besides the Trombone of Fruits, the participating artists and bands are Fabio Elias, Charme Chulo, Monreal, Kindness, Téo Ruiz and star Leminski, Leo Fressato and Raissa Fayet, Leash, Rosie Mankato, Mc Cabes, Noise/mm, Jenni Mosello and Maycon Ananias, Would Barnett and David Sams, Escambau, Rodrigo Lemos, Leprevost, Troy and Alonso Figueroa and Wella Roberto and Du Gomide. The clips will be released by the FCC facebook (/fundacaoculturaldecuritiba facebook.com) and will be available on the youtube channel (https://www.youtube.com/user/fcccuritiba/videos).

The chapel Santa Maria was opened in 15 October 1939, as part of the set of buildings that was the former premises of the Colegio Santa Maria, that worked at the site for nearly 60 years. Property of the municipality since 1998, the building was entered in the program of Cultural Spaces recovery and revitalization of central city.

The restoration and adaptation, finalized in 2008, they did a concert hall with 203 places in the audience and 75 places in the mezzanines sides and first balcony. There are places reserved for disabled people, In addition to elevator and ramp that meet for people with disabilities.

The Windows of the rooms were given special glasses test to relieve the external noise and improve the acoustic quality, ensuring appropriate conditions for the meetings of the Camerata Antiqua and other important musical groups that make up the programming of space.

The works and the new occupation of the chapel Santa Maria, inaugurated in January 2008, during the music workshop of Curitiba, are a milestone in the preservation of the historical record and memory of the city's heritage.