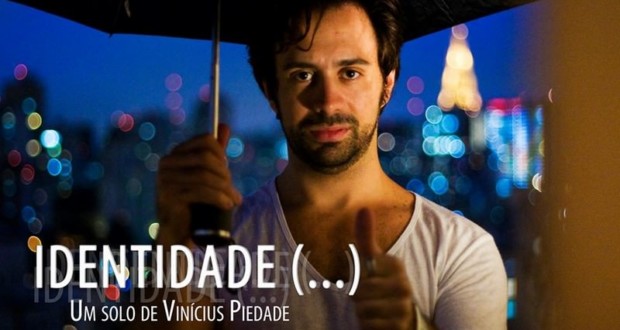 The actor and director from São Paulo Vinícius Piedade presents the show “Identity” this Friday (14), at 8:0 pm, in the theater of the Armory. The monologue recounts the existential crisis experienced by a publicist.

The character suffers a sudden amnesia just when he signs a contract with a washing powder company for an advertising campaign. In this creative crisis triggered by amnesia, he decides to meet his teenage friends to find out if what is left of his memory is his imagination or if it actually happened., trying with this to reconstruct your identity.

Born in São Paulo, Vinícius Piedade studied with Antonio Abujamra, Gianni Ratto, Denise Stocklos, among other artists, until he created his theater research center and toured the country with his plays. “Identity” debuted in 2012 and it is the fourth solo show of its research group. His proposal is to deepen the immersion in human existence through characters in extreme situations. In this line, Vinícius Piedade has also produced “Letter from a Pirate” (2003), "Prison" (2008) and "Unspeakable" (2008).

with your pieces, the actor performed more than 700 presentations in theaters in the capital and countryside, and also in improvised spaces, with the proposal to take their work to regions with little infrastructure and difficult access. The presentations took place in several cities in the states of São Paulo, Rio de Janeiro, Espírito Santo, Minas Gerais, Rio Grande do Sul, Santa Catarina, Mato Grosso do Sul, Paraná, Bahia, Ceará, Piauí, Goiás, Rondônia, Amazon and Acre. He also performed in New York and toured cities in Germany, Switzerland and Portugal.