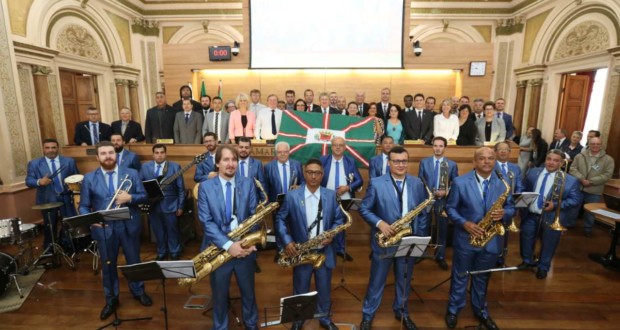 Open to the public, show will take place in the auditorium of Santa Maria Chapel and will have guests

Known for animating events of the municipal administration, Banda Lyra Curitiba is completing 37 year career. To commemorate the date, the musical group will make a concert open to the public next Wednesday (31/7), at 8:0 pm, in the chapel Santa Maria. Those interested should attend the site just before the beginning of the show.

The presentation will take in the repertoire 11 compositions of the Brazilian musician Pixinguinha – author of the celebrated chorinho Affectionate – and the participation of two guest musicians: brothers Éverson Moraes (trombone) and Aquiles Moraes (trumpet), of Rio de Janeiro. "Both research the musical genre and adapted arrangements for our band", says the president of the group, Egon Diego Bispo da Silva. trumpeter, Silva is the son of a former member of the band Lyra Orestes Bishop da Silva, who played the same instrument.

The band Lyra came on 1 June 1982 and it was declared of public utility in 20/4/1990. Since its formation, is composed of 18 musicians – each dedicated to an instrument. Unlike the start of his career, when it was predominantly made up of retired military as the father of Silva, currently it has civil musicians. 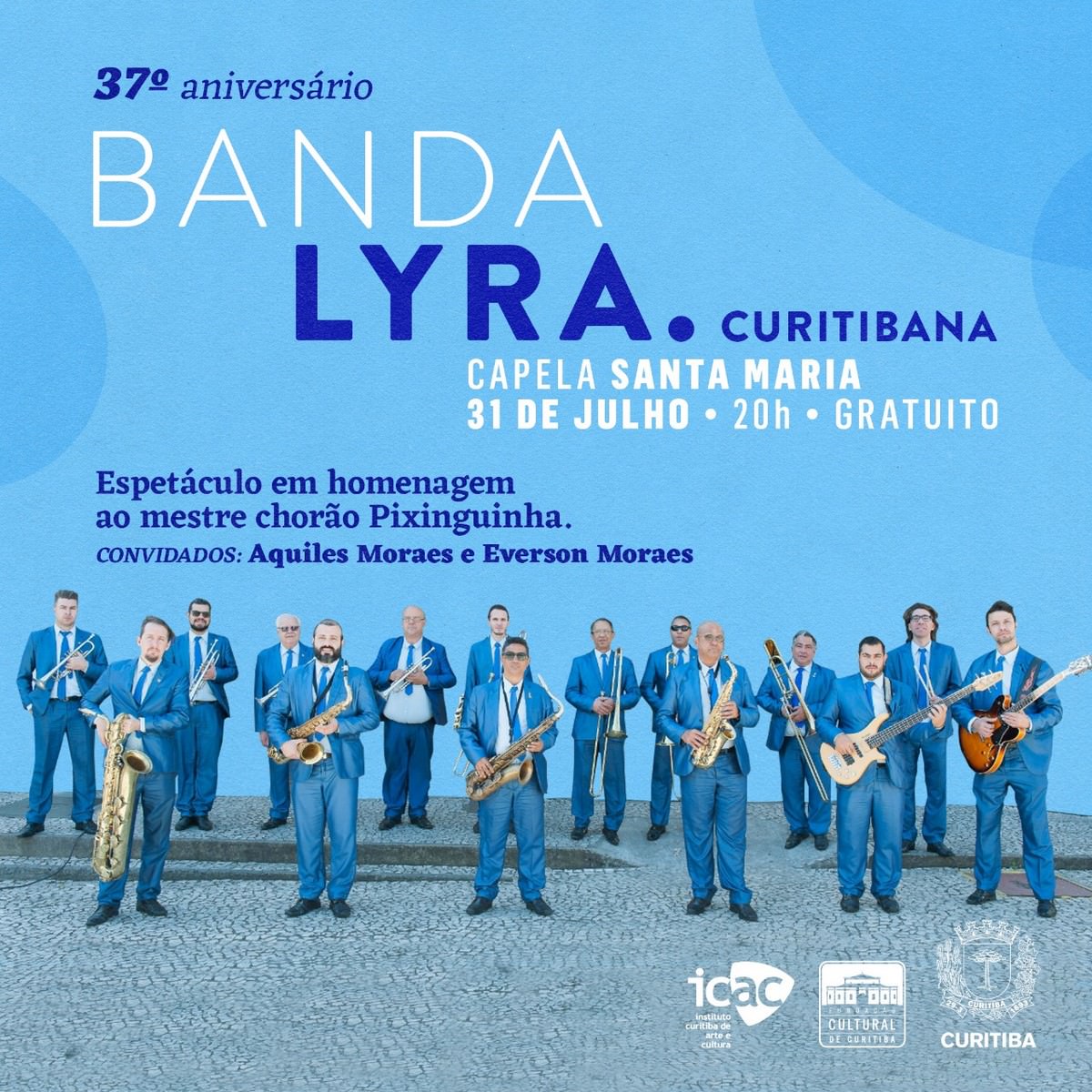 In addition to doing their routine presentations, about 15 days the musicians rehearse for the anniversary presentation. On the program are Laments, The Cat and The Canary and Affectionate, alongside other creations Pixinguinha – and Curitiba Anthem, you can not miss the official events.

The presentation should last about 60 minutes, off time for the "ea". According to Egon Silva, the public usually also request songs like New York, New York and successes of the singer Roberto Carlos.