Home / Art / Canal Futura debut "What Is This Body?”, series that alert to combat sexual violence against children and adolescents 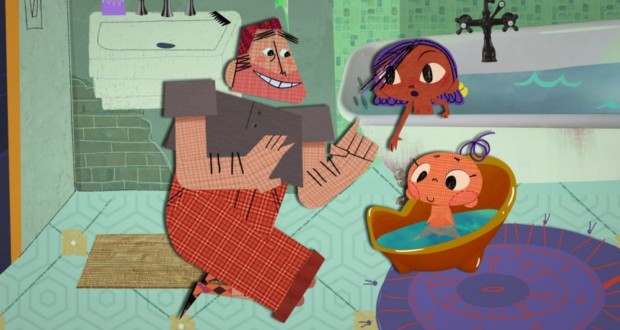 "What is This Body?”. Disclosure.

Canal Futura debut "What Is This Body?”, series that alert to combat sexual violence against children and adolescents

In partnership with UNICEF and Childhood Brazil, the series debut on interprograms 18 de Mayo, at 8:0 pm, and will be broadcast on schedule intervals

In 2016, more than 76 thousand complaints of violence against children were reported by Dial Human Rights and made available by the Special Secretariat for Human Rights. Of this total, 37,6% refer to cases of neglect and abandonment, 23,4% of psychological violence, 22,2% physical assault and 10,9% sexually. Sexual violence against children is a gross violation of human rights and must be addressed. "Children and adolescents living situations of multiple neglected violence, privations, exposures and risks. The abandonment and neglect are the 'gateway' to these assaults, are sexual, physical or psychological ", says John Joy, CEO of Canal Futura.

In this context, since 2009, Futura develops Grow Without Violence project, which disseminates quality information and coping methods for various forms of sexual violence against children and adolescents. The action includes the production of original content on the subject and classroom activities of teacher training and child protection network of professionals and adolescents, and it has been awarded the First Prize Metin Chestnut on Human Rights 2011 in the category Best Practices and TAL Award in Greater prominence category 2016. Over 5.000 professionals in more than 400 municipalities have already been formed by the actions of the project, already addressed issues such as abuse and sexual exploitation.

This year, the Future, in partnership with the UNICEF no Brasil and to Childhood Brasil and co-production of Split, debut the new stage of the project, the number of interprograms "That this body is?”. The goal is to alert educators, Kids, adolescents and families on the knowledge of the body, the importance of self-care and respect for the right to sexuality. The episodes debut on TV on 18 de Mayo (Friday), at 8:0 pm, in scheduling intervals. "The production of the new program was carried out in dialogue with several experts and professionals safety net for children and adolescents", says John.

The Futura is a pioneering experience of communication for social change, It operates from a television production educational model, inclusive and participatory, non-commercial, non-governmental, non-profit and public interest, based on partnerships that articulate and mobilize a social network in several Brazilian States. Approximately 50 million people watch regular programming, through satellite dishes, Subscription tv, University partners on TVs, being, in some locales, in open channel (UHF and VHF). The Futura is a realization of the Roberto Marinho Foundation, and a partnership between the private sector organizations, United by the commitment to invest socially and leaders in their segments. The maintainers partners are Industry System (SEI - DN SENAN of e - DN), RJ Fecomércio, SESC RIO DE JANEIRO, SENAC RJ, FIESP, Bradesco Foundation, Itaú Social, Globo and Grupo Votorantim. The future can be watched anytime and anywhere in FuturaPlay (www.futuraplay.org).