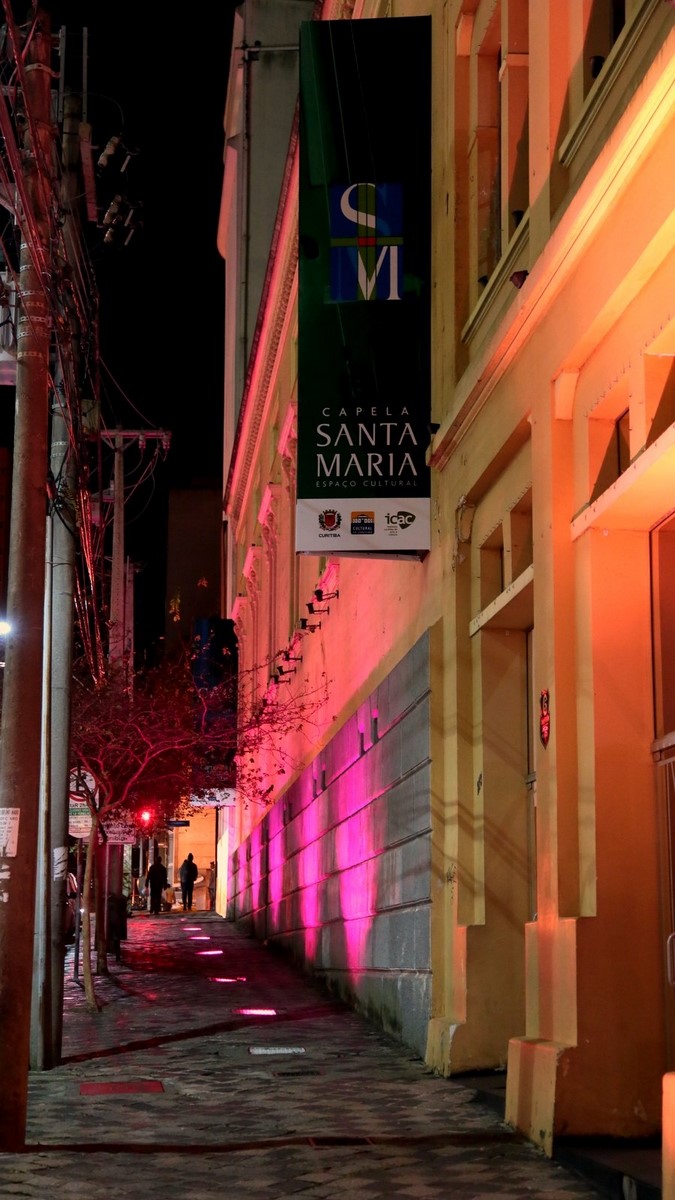 The city of Curitiba, through the Cultural Foundation of Curitiba Curitiba Institute for art and culture (ICAC), participates once again in the campaign June Red, organized by Movement I give blood for Brazil. The goal of the action is to encourage blood donation and make this place a habit in life of the population, especially in the winter months, When the stock of blood banks drops about of 30% compared to other months.

To remember the importance of the initiative, that happens for the second consecutive year in the whole country, the city will light up in red the chapel Santa Maria during the entire month. On 25 of June, Jacob do Bandolim's square, in the historic center of the city, the national campaign's closing, with shows and social actions related to blood donation.

The city will still do awareness campaigns in their social networks throughout the month to stimulate his career to become a blood donor. In addition to Curitiba, participate in the national movement the cities of São Paulo, Rio de Janeiro and Salvador. According to Deborah Arones, National Coordinator of the campaign, more cities and entities must adhere to the movement.

Few donors, low stock – In Brazil, donors correspond to only 1,9% of the population, but the World Health Organization (OMS) recommends that 3% to 5% of the inhabitants of a country are donors. In 2015, the June Red managed to avoid this fall in the period of June, July and August, and even generated an increase in the volume of donations in about 30%, According to the Hemorrede of the Secretariat of health of the State of São Paulo. Today, in Brazil, are collected annually 3,6 millions of units of blood, corresponding to 3,1 million transfusions in clinics and hospitals.

"Blood donation is more than an act capable of saving lives, It is an act that epitomises the culture of peace. Blood has no color, genus, religion, political party, football team. Blood is what makes us even and even ", says the Coordinator of the action.

The choice of the month of June to focus actions and stimulate this habit is based on the date fixed by the who to honor the blood donor, the day 14 of June, World Blood donor day.

The creators of the campaign June Red, Debi Hannah and Diana Berezin, get involved with the cause in 2011, After experiencing a health problem in the family. "Only he who lives to be able to know the importance of blood donations. After you feel what this is, We decided to disseminate and promote awareness for this to become a habit in Brazilian life ", explains Diana.

In the holiday period, In addition to the low stocks, There is a growing number of accidents on the roads, pressionando ainda mais os hemocentros. “Nada substitui o sangue e, therefore, only solidarity can help those in need ", emphasizes Diana.

To donate – Throughout the Paraná, There are more than 20 units from the center of Haematology and haemotherapy of Paraná (Hemepar) available to make the collection and that meet 384 hospitals. Only in Curitiba, the Center receives daily an average of 120 donors who supply about of 40 hospitals. The addresses can be found here:

To donate blood, you have to be in good health, be powered (It is recommended to avoid the intake of greasy food in 4 hours antecedam the donation and alcoholic beverages 12 hours before collection), have between 16 and 67 years, weigh at least 50 kg and take original identity document with photo.

Minors must be accompanied by a responsible. The period between a donation and another must be 60 days for men and 90 for women.