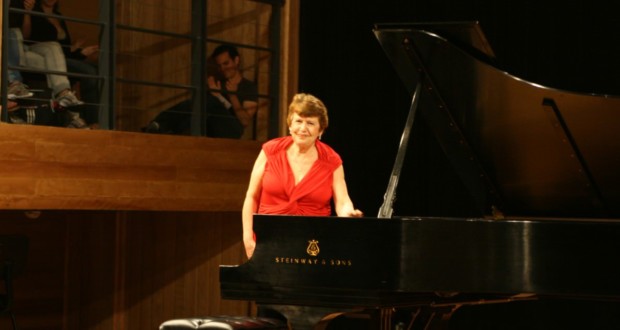 Between the days 1 4 November the chapel Santa Maria will host the 2nd Festival Olga Kiun of Chamber music. In four nights of concert will go through the stage of iconic cultural space guest musicians from Brazil and abroad to perform classical works, many previously unreleased or rarely played in Curitiba.

Part of the repertoire will be performed by the date the piano with String Quartet Symphony Orchestra of São Paulo (Osesp), who participates in the four nights of performances. Another meeting will be the Olga with your daughter, also pianist Anna Yarovaya, He currently resides in Europe and for years is not in Brazil. Europe also arrives in Brazil, especially for the festival, the Santa Catarina pianist Pablo Rossi.

In addition to the programming that promises to enchant the audience, the festival will have three masterclasses aimed at students and teachers of piano. Classes take place in the days 2, 3 and 4 November in Santa Maria Chapel and will be taught by Luiz Guilherme pianists Pozzi, Pablo Rossi and Anna Yarovaya, respectively. Those interested should sign up for free by email: luizpianista@hotmail.com.


Descended from a family of traditional musicians, the pianist Olga Kiun began his piano studies at age six with your mother and your grandmother, both professors Chisineu Musical Conservatory (Moldova). At Tchaikóvski, in Moscow, She was a student of consecrated pianist and teacher Lev Obórin, graduating with distinction. Was a laureate at the George Enescu international competition, in Romania. In Leningrad (Today Saint Petersburg), under the guidance of Pavel Serebriakov, completed his doctorate and became part of the "Mosconcert", State artistic society, with whom held several recitals, concerts with Orchestra and recordings for radio and television throughout the former Soviet Union. From 1993 going on to teach at the school of music and fine arts of Paraná (BAP), in Curitiba, and, Since then, been doing the city a recognized and sought-after pianistic pole in South America. In addition to acting as a recitalist and soloist with the most respected symphonic groups — having worked with conductors such as Evgeny Tsirlin, Emin Khachaturian, Kiril Kondrashin, Alceo Bocchino, Benito Juarez, Roberto Duarte, Osvaldo Colarusso, Osvaldo Fernandez and Roberto Minczuk — pedagogic activities include, yet, appearances as guest teacher at music festivals across the country. In 2010 recorded your first CD, with works by Russian composers and Brazilians.