Art, colors, forms, celebrate the reunion of CCP with the public

Park of Culture House | CCP, idealized by Regina Pinho de Almeida, reopens its doors in accordance with all protocols defined by the competent areas and, as a celebration of the reunion with the public and friends, with three unpublished exhibits in their exhibition spaces. In Gallery - the collective “Meanwhile”With works by André Ricardo, Bruno Dunley and Sérgio Sister. Space for new creatives is available and active in the quarterly action Cabinet where he exposes the first institutional individual of Thomaz Rosa – “Image and action”. Edgar Racy starts the semiannual action Project 280 x 1020, with the work “Beloved homeland?”.

Three artists meet to propose a visual dialogue using one of the oldest and most respected techniques of expression of culture: the painting. They are contemporary names, at different times in its trajectory, but already with its consolidated positions in the Brazilian and international cultural circuit. It is the meeting of Sergio Sister, present in the imagination and collections of several generations of admirers and lovers of the arts since the end of the 1960, with a selection of small format works from the years 1990 and unpublished works from his recent production, with work André Ricardo and Bruno Dunley, mid-first decade of 2000, allowing a harmonious and intense dialogue.

“The idea of ​​bringing together the work of Sister with that of two young painters, Dunley and Ricardo, beyond the particularities of the work of each of them, is to establish a debate on the transition from modern issues to contemporary times and how painting still updates the issues of art today”, explains Claudio Cretti, artistic director of CCP. The professor and philosopher José Bento Ferreira, analyzes: “For the three artists, painting is a refusal to be a thing. Frames are material objects made of relationships, carriers of a certain immateriality. The painting, like every image, it's not a thing, and look. She establishes looks, produces relationships.”

Sergio Sister has been an influence for Brazilian and international artists since the beginning of the 1970. Creates abstract screens, in which it combines color bands of approximate shades, employing short brush strokes and metallic paints, connecting two or more different colored bodies. In a next moment, combines painting and sculpture. What marked his production at the time is the superposition of chromatic layers, resulting in autonomous color fields that coexist harmoniously. Today, his work combines painting and sculpture. It uses supports derived from found structures and systems designed to serve everyday needs.

Use abstract works by Sergio Sister as reference, didn't stop that Bruno Dunley and André Ricardo develop their visual signature based on the figure. 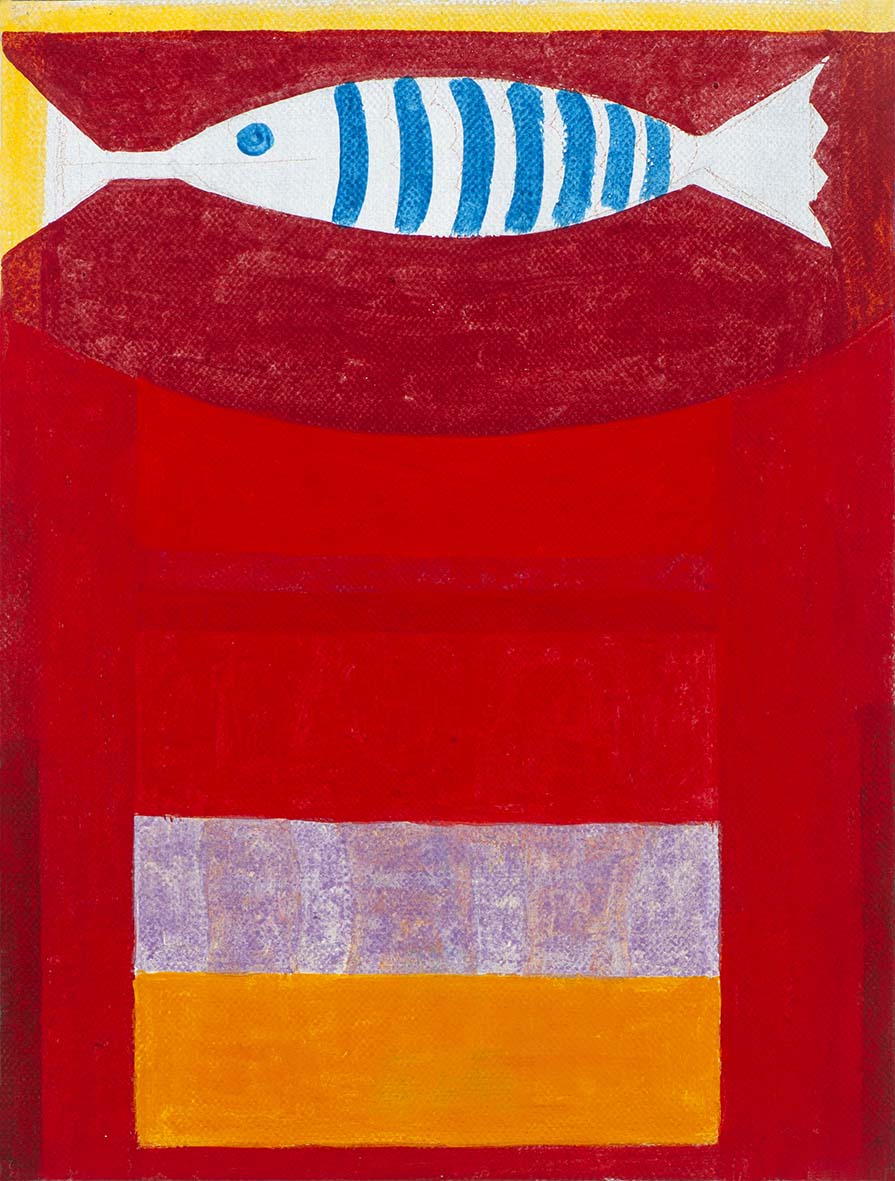 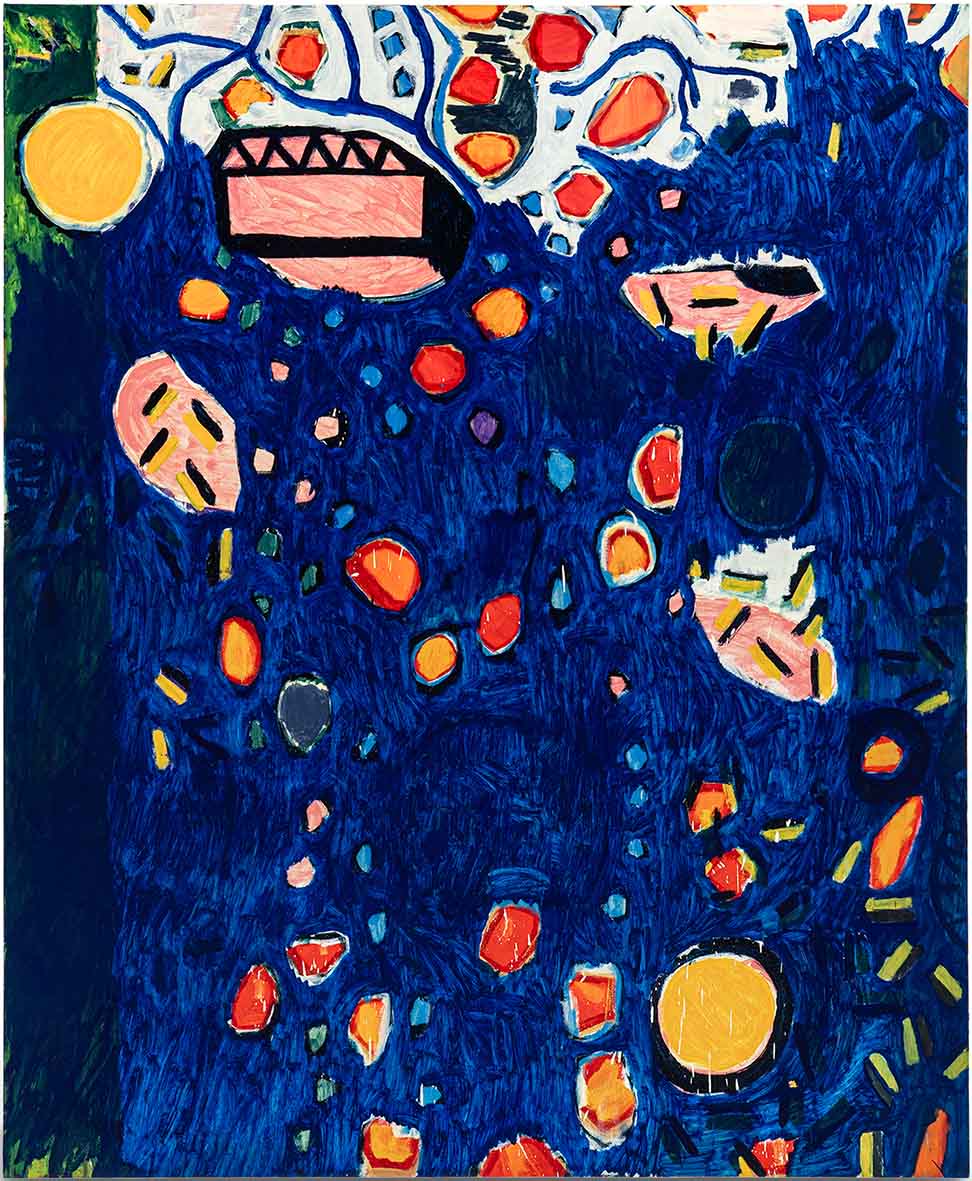 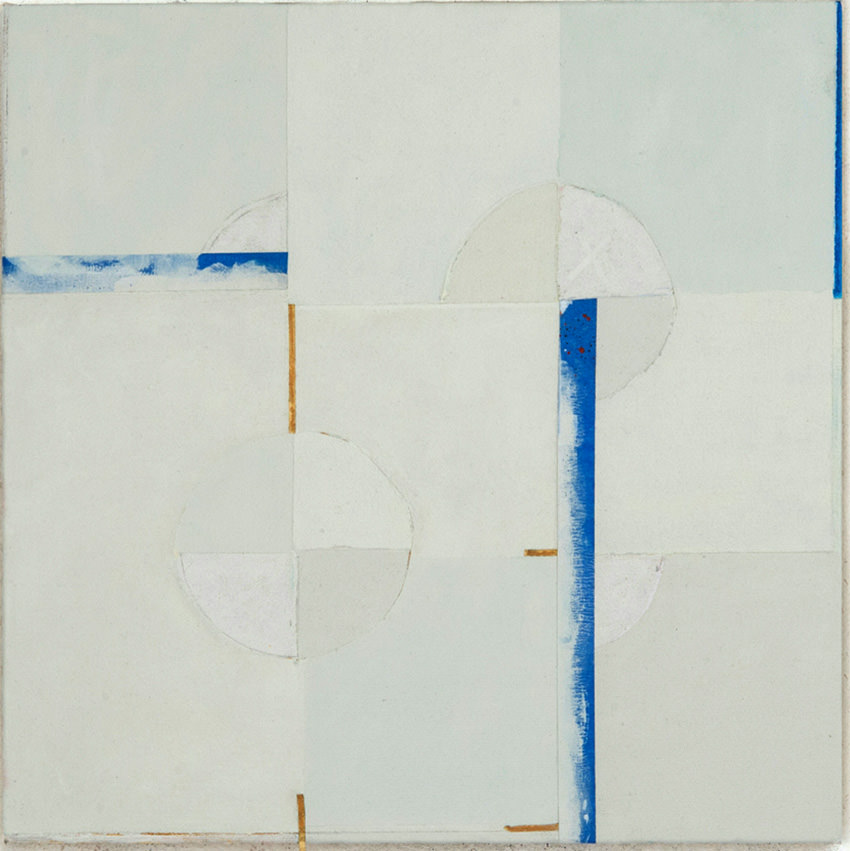 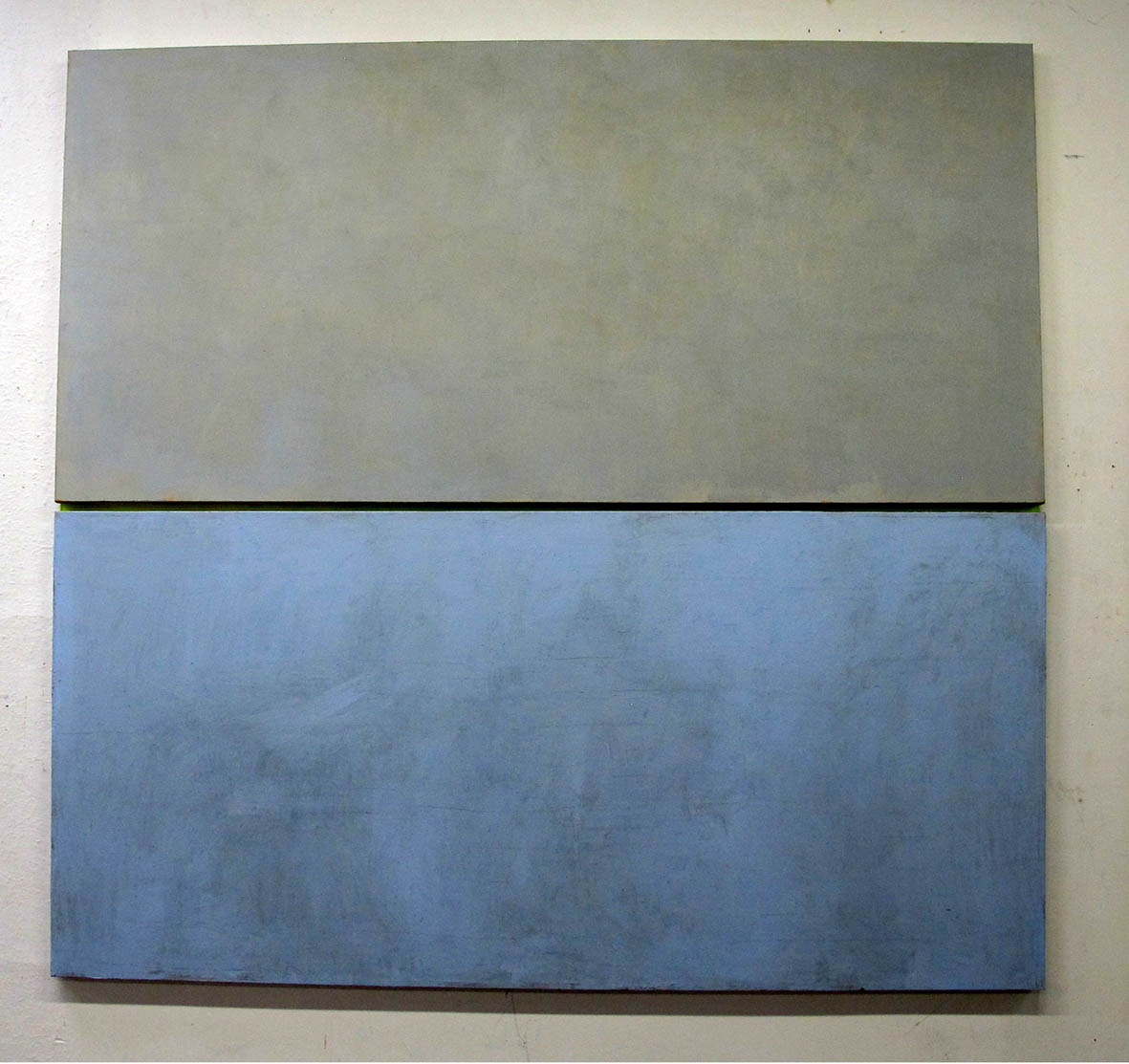 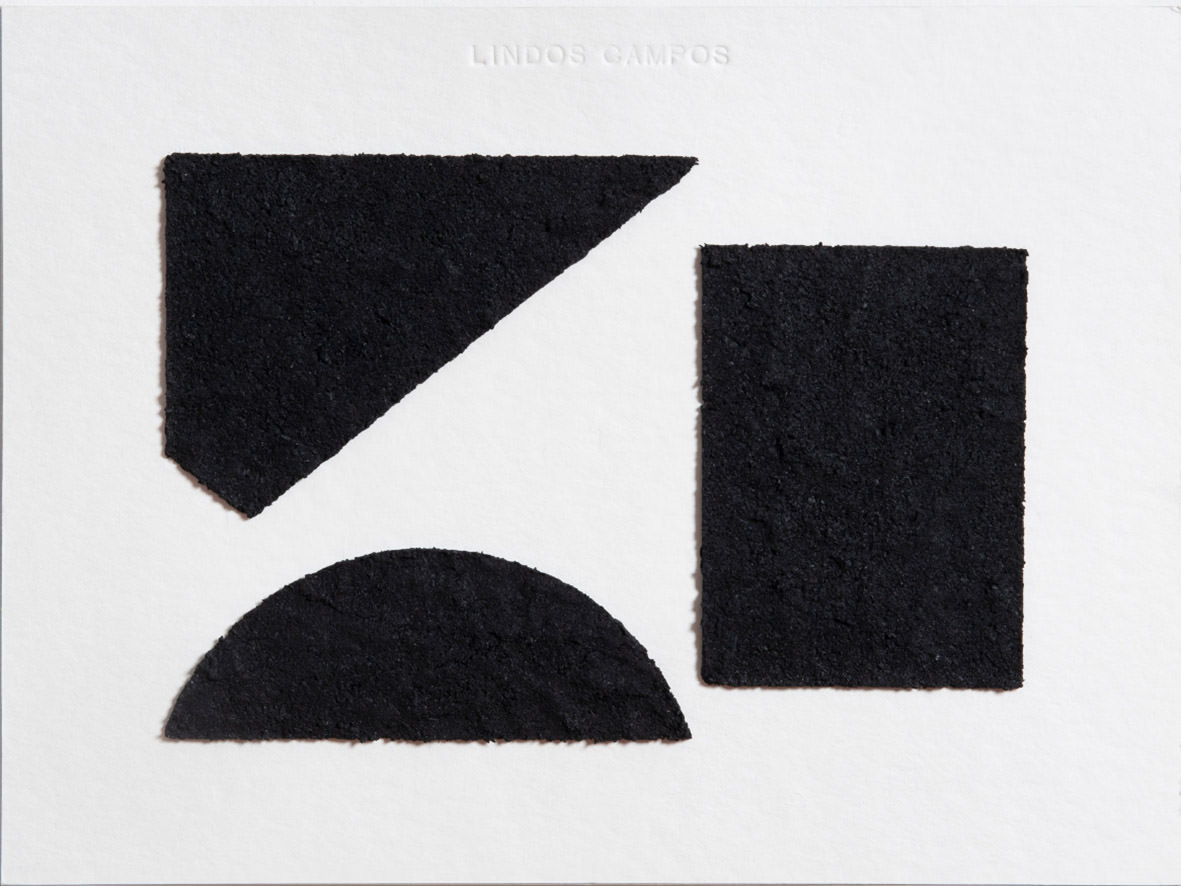 “Bruno Dunley involves some images with thick patches of paint. Figures plunge into space. The apparitions that populate his paintings point to a mythical and archetypal dimension. File images, portraits, dream memories and visions coexist with abstract and monochrome paintings ”, explains José Bento Ferreira. Already about André Ricardo, the philosopher says: “Observes architectural forms, animals, vehicles and everyday design. Purified and recombined in fabrics, the images of things appear full of meaning. Ways made to deceive, to please and seduce are reduced and translated by the artist. Assume a rigid appearance, hieratic. Its contours and colors become resplendent in a way entirely different from that of the common view of things. The idol resurfaces as an icon ”.

Meanwhile presents itself as a celebration of colors and techniques, a tribute to painting and a pictorial statement of the possibility of harmony and dialogue between generations, shapes and messages.

Autonomous cultural actions of the CCP, the Projects Cabinet and 280 x 1020 have differentiated goals and contemplate a diversity of languages ​​- painting, sculpture, video, photography, performance, installation - and artists from different generations creating a rich panorama of visual production in the country. In Cabinet, new guest artists that emerge as promises in the contemporary visual scene, have space to present, Maybe, your first institutional individual show. To 280 x 1020, the invited artist is “challenged” to fill the area with small works that tell a story in a pre-defined area.

Thomaz Rosa is the guest of the quarter for the Project Cabinet debuts his first institutional individual Image and action, with a series of 15 paintings in small formats.

280 x 1020 is Edgar Racy with the artwork Beloved homeland? (2018). The dismembered image of the Brazilian flag, divided into three parts: the rectangle, the rhombus and the circle; is composed of 75 charcoal and binder elements on 40 cardboard paper×30 cm. Randomly, shapes float in emptiness, whether or not lying on the paper. To end, the artist appropriates the National Anthem to represent the “proud”, separating words into fragments. 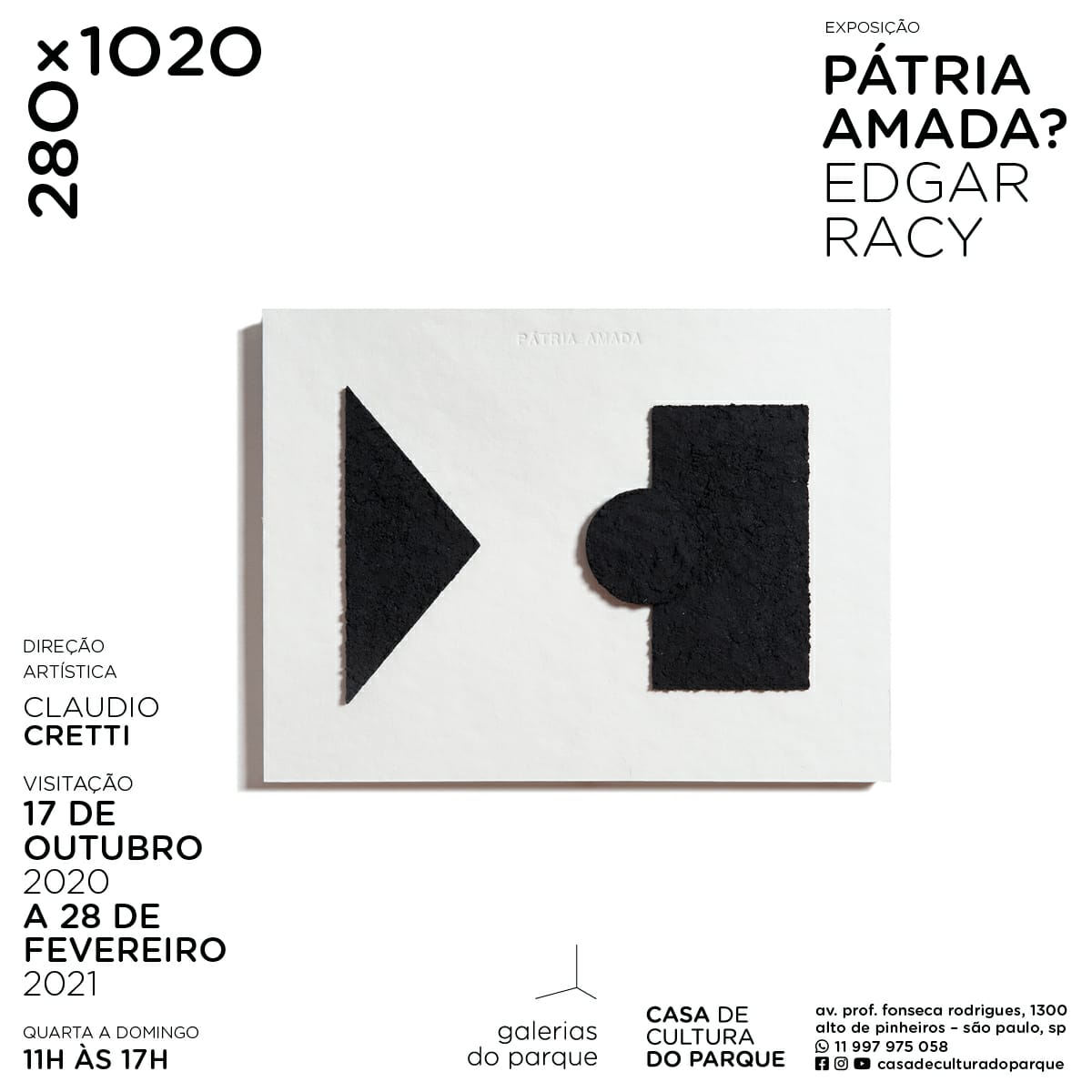 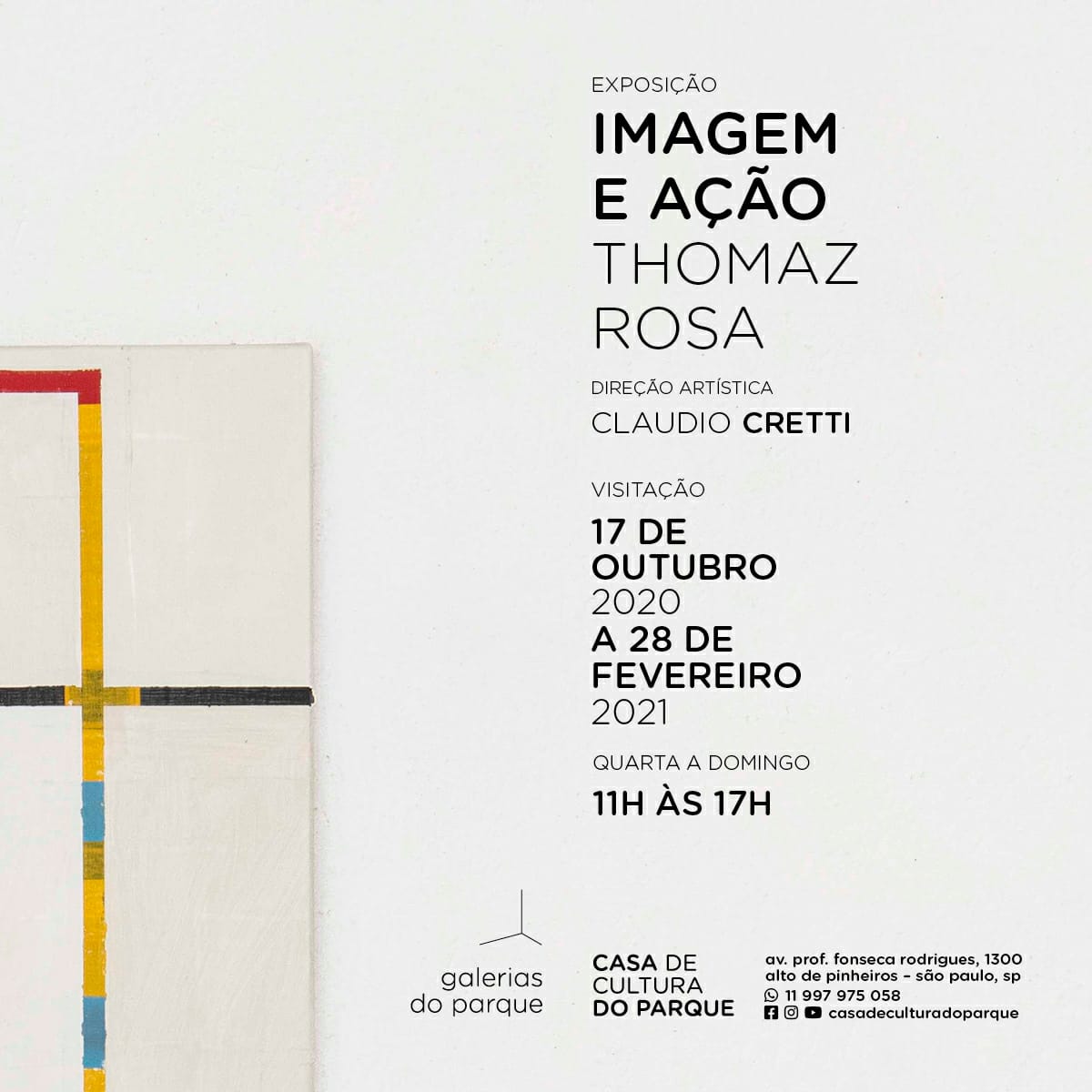 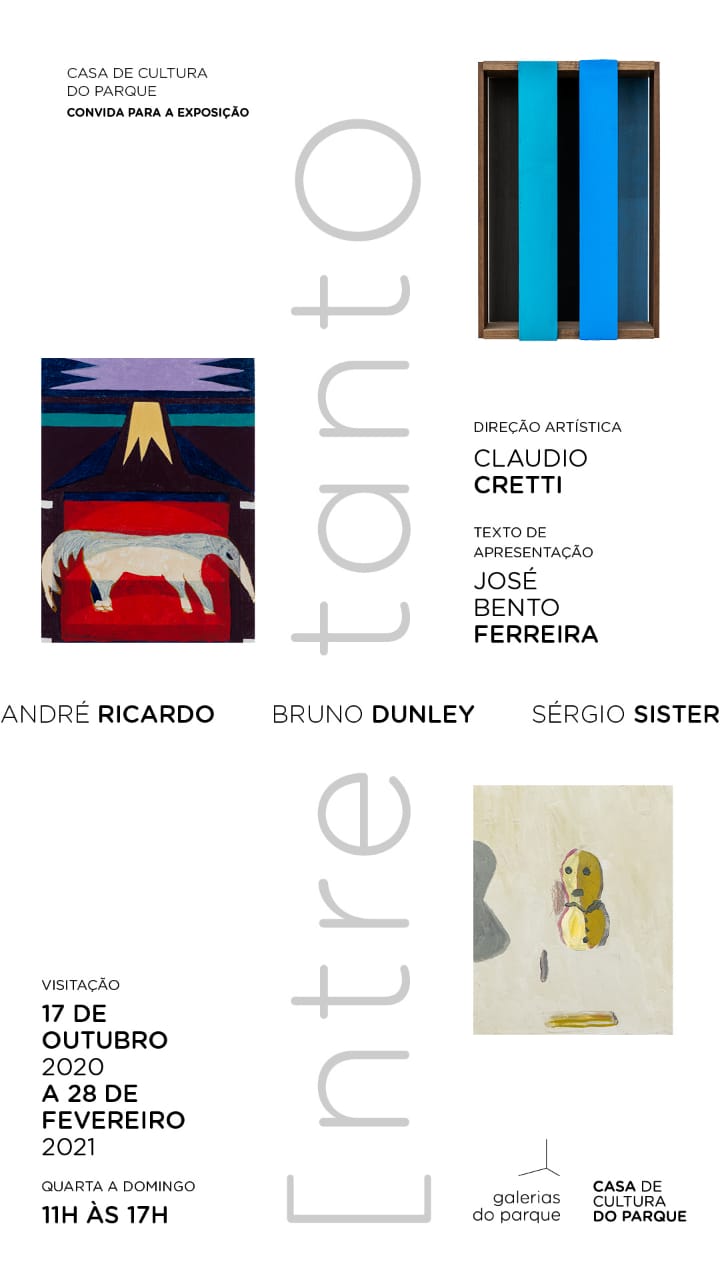 André Ricardo (São Paulo, SP, 1985) is a visual artist with research in the field of painting. Graduated in Visual Arts at the School of Communications and Arts, University of São Paulo, held several individual and collective exhibitions in Brazil, Portugal and, more recently, in Spain. His works integrate private collections and public collections such as the Ribeirão Preto Art Museum (SP), House of Culture of Latin America at the University of Brasilia, Casa do Olhar Luiz Sacilotto Museum (Santo André, SP) and Addaya Center D´Art Contemporani (Mallorca, Spain).

Bruno Dunley (Petrópolis, RJ, 1984) is an artist and teacher. Graduated in Visual Arts at Faculdade Santa Marcelina (FASM-SP), participated in several exhibitions, among them the 33rd Bienal de São Paulo in 2018 and exhibitions at the Tomie Ohtake Institute (SP), MAC (SP), Maria Antônia University Center (SP), CAIXA Cultural do Rio de Janeiro and at Galeria Nara Roesler (SP, RJ e NY). Has works in MAC collections (SP), MAM (SP) and at the Pinacoteca Municipal de São Paulo. He is one of the creators and members of the project there: free itinerant art that operates in Cidade Tiradentes, São Paulo. With the teacher, taught free courses at the Tomie Ohtake Institute, House of knowledge, Ypscilone art office and at Sesc Belenzinho, in addition to monitoring work and study groups in his studio.

Sérgio Sister (São Paulo, SP, 1948) is a painter and draftsman. It started production at the end of the decade 1960, period when he worked as a journalist and approached the political militancy of resistance to the Brazilian military regime (1964 – 1985). As part of the generation 80, he revisits an old pictorial theme: the interaction between surface and three-dimensionality, in an attempt to free the painting in space. Among your recent individual, stand out: Sérgio Sister - the smile of color and other devices, no Ling Institute (2019), in Porto Alegre, Brasil; Sérgio Sister, at Kupfer Gallery (2017), in London, UK; Sérgio Sister: Painting with space, Shadow and air, na long gallery + Counter (2016), in Zurich, Switzerland; Expanded Fields, no Nymphe Projects (2016), in Berlin, Germany; Disunited Order, at Galeria Nara Roesler (2015), in São Paulo, Brasil. Participated in the 9th and 25th editions of the São Paulo Biennial, Brasil (1967, 2002). His works are part of important collections, such as: Francois Pinault Collection, Venice, Italy; Jumex Foundation / Collection, Mexico City, Mexico; Museum of Modern Art in Rio de Janeiro, Rio de Janeiro, Brazil and São Paulo State Pinacoteca, São Paulo, Brasil.

Bachelor of Visual Arts at the Institute of Arts of the State University of São Paulo with residency at the Faculty of Fine Arts of the University of Porto, in Portugal. Participates in the “Oito Artistas” exhibitions at the Mendes Wood DM Gallery, organized by artists Bruno Dunley and Lucas Arruda; “Circumscriptio, Compositio, Reception Lights "ni boat BFA Fine Arts; “An unrest” at Galeria Estação; and the collective “On the doorstep” at Galeria Sancovski. In 2017, his first solo show “Unwelt” at BFA Boatos; 2018, did artistic residency at PIVÔ. In 2019, participated in “Fevereiro” at Mendes Wood DM; and held his second solo and first international exhibition: "Around my bad education" (Castiglioni gallery, Milan). Also in 2019, organized the project “Featuring” in partnership with artists Leandro Muniz and Marcelo Pacheco, and exhibition at Ateliê Massapê. In 2020, participated in the collective show Entre Bordas at Sesc Santo André curated by Paula Braga.

Park of Culture House | CCP – is a plural space that promotes a range of cultural and educational activities, with art exhibitions, shows, lectures, courses, workshops, Among many. Located in front of Villa-Lobos Park, the headquarters of CCP of contemporary architecture and landscaping, has multiple environments for carrying out own and third party activities. As a knowledge forum, offers learning opportunities and creative experiences that transcend disciplinary boundaries and value the expression of cultural experience.

A Park of Culture House has as its main institutional partner the Institute of Contemporary Culture (ICCo), civil society organization of public interest (OSCIP), nonprofit, founded in 2010. Idealized and promoted by Regina Pinho de Almeida, both initiatives are of a socio-educational nature and share the same ideal of expanding access to knowledge in all its breadth.

Previous: HackExpo promotes today virtual vernissage of the exhibition “The Power of Innovation”, by Jota Azevedo
Next: Art in Dialogue Project, in Quarantine, with Cláudio Valério