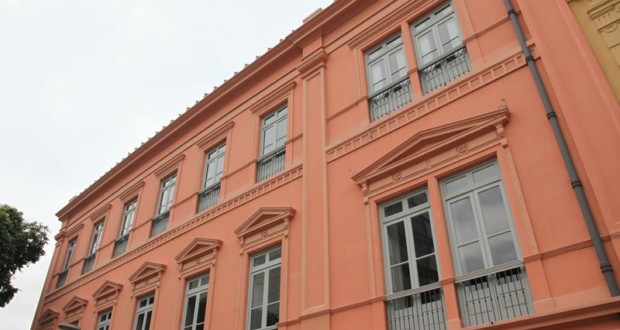 Goal is to contribute to enhancement of activity across the country; inauguration will be the day 10 March

The presentation of a comprehensive panorama of artisan production in Brazil will mark the inauguration, on 10 March, the CRAB (Sebrae reference center of Brazilian handicrafts), institution designed and created by Sebrae (Brazilian service of Support for Micro and small enterprises) as a platform for repositioning and qualification of the activity. The exhibition "Vegetal" will present pieces produced by craftsmen in activity in 27 States. The opening to the public will be the day 22 March.

To the Managing Director of Sebrae in Rio de Janeiro, Cezar Vasquez, the new space will act as an anchor of the region and create a corridor of culture and Commerce. "It will be an innovative urban space, contemporary, key piece to the experiences that will transform the craft in object of desire through a mix of activities, as shows and workshops. A little of savoir faire of all Brazil, but with the charm carioca ", the firm.

Sebrae operates in the craft since 1997, from the view that this type of activity of the creative economy generates income, the people in their regions of origin and expresses cultures. The institution conducts workshops throughout the country with the goal of empowering the agents of this chain, with special focus on the improvement of the technical and managerial aspects of artisanal production.

According to data of the Department of production development, organ connected to the MIDIC (Ministry of industry and Trade Development, the activity involves 8,5 millions of people and moving around of R$ 30 billion per year, which corresponds to 2,8% national GDP. Rio de Janeiro, the numbers point to the existence of, approximately, 13 1000 artisans, 80 associations and numerous professional unions linked to handicrafts.

In addition to exposing the Brazilian handicrafts in their regional diversity and typology, the CRAB will be a space of reflection and commercial approach. An auditorium of 80 places will host seminars and debates on the subject and allow contacts and business rounds that broaden the handicraft market. A concept store will offer the public a refined selection of pieces from around the country, publications and books. Already the restaurant will serve brazilian dishes. Are provided for three exhibitions per year and in opening the attendants can check more than 4000 pieces, between displayed and for sale.

The Trustees Adelia Borges and Jair de Souza have worked on conceiving a transversal Panel, including the various aspects of the Brazilian crafts today. In selecting predominate collective works of authorship, about 50 associations and cooperatives of craftsmen and more than ten indigenous ethnic groups. In these communities, across the country, initiatives marked by the entrepreneurship and social innovation brings a new impetus to sustainable local development.

The exhibition also will feature pieces designed and signed by designer Rodrigo Ambrosio, who uses handmade elements. The authorial creation will be represented by recognized masters, as Getúlio Well, of Rio de Janeiro.

At the opening of the exhibition, It occupies a total of 620 square meters, a projection of images will present the context in which the works are produced. Photographs of faces, hands and gestures of people working, processes and raw materials will act as a portal to the visitor is transported to the universe in the vegetable world and its transformation. Following, five themed rooms will gather more than 200 objects. The project of setting allows the visitor to learn the entire process of parts production.

The work and the square – Cradle of Bohemia, stage of culture, meeting of the old and the new, frequented by legends like Noel Rosa and Moreira da Silva. Located halfway between the harbor and the countryside of the city, with undoubted public vocation and frequented by artists, intellectuals and politicians, In addition to sellers, farmers and wholesalers, Tiradentes square has had many names and functions over the years. Since 1892, Centenary of the death of the leader of the Inconfidência Mineira, adopted his name to honor him, Although the hanging of the martyr of independence there has been exactly on site, but nearby, on the corner of Avenida Buenos Aires Street Steps.

The region breathes history: There are still nowadays the Real St. John's Theatre centenary (Today João Caetano) – built in 1813; the Largest Church, in front of which made their last prayers Tiradentes, that began to be raised in 1748; the Real Cabinet reading Portuguese, opened in 1887, with the presence of Princess Elizabeth; the Largo de São Francisco, created in 1756, It was used as a dump and barn animals who did the bus pull, being only in footwear 1817; the Teatro Carlos Gomes, whose reconstruction began in 1929, After great fire; the Presbyterian Church, only building in Gothic style in downtown Rio de Janeiro; the century-old shoe store tick tock, who created fame during the war by specializing in it studded iron pins at the ends of the soles of the shoes and the home of the lyric interpreter Bidu Sayao.

A big House that saw Machado – Located in one of the corners of the square, the building that houses the CRAB already existed in the early 19th century when the Prince Regent. John came to Brazil (at the time, It was the second tallest building of the colony). Soon after it was reformed and won neoclassical ornamentation. It was residence of the Baron of the Rio Seco to 1836 the seat of the fashionable Club Fluminense in 1860, attended by none other than Machado de Assis. The longest-lasting function of the old palace was the seat of the Secretariat/Ministry of Justice and Interior Affairs since the second reign (1873) until 1930. From 1934 passes the House the DMV, successively, the Federal District and the States of Guanabara and Rio de Janeiro.

The current building has three floors of rectangular plant developed around an internal courtyard. The austere simplicity of his appearance with stone Foundation and straight lines are softened by the statues on the corners and the parapet with stylized acanthus leaves, in obedience to the classic rule harmonious. In the 90, the building was unoccupied and was subsequently tumbled by Iphan. The big house was chosen as the seat of the CRAB by gathering historical reasons, privileged location, easy access, wide area and infrastructure.

The work – The building has undergone careful restoration, that mobilized 130 workers between Masons, electricians, Woodworkers, firefighters and assemblers for two years. In the work, It was the follow-up of Iphan (Instituto do Patrimônio Histórico e Artístico Nacional) and Inepac (State Institute of Cultural Heritage), were used more than 1,1 1000 square meters of Ipê Champagne of reforestation, from Manaus, and 540 square meters of hydraulic tiles, of São Paulo and Minas Gerais. Even the original color of the facade was researched and reproduced.

Among the highlights are statues of 19th-century terracotta-the originals, restored with the help of experts, even Italians, will be exhibited on the floor, While fiberglass replicas will take their places on the parapet. They represent the wisdom, medicine, industry and Agriculture and have 2,10 meters.

In total there are 3,227, 95 m ², divided into three floors and unified architecturally.

On the ground floor, is Concept store, to Market Street and the Gastronomic Space.

The Market Street (180,93 m ²) is the main entrance of the CRAB, place of arrival and receipt of public. Area of circulation and of coordination between the three buildings that make up the CRAB, serves as a meeting point, information, Group organization.

The Concept store (547,91 m ²) occupies all the 547 m2 of floor of Visconde do Rio Seco and has two hits: by Tiradentes square and market Street (main entrance of the CRAB). Is distributed in seven large environments, intended for exhibition and sale of handicraft products from all categories. Shown interactively, these handcrafted always tell the stories of the artisans and their creative universes.

With contemporary architecture, the Gastronomic Space (117,62 m ²) is a point of attractiveness and a leisure option, It also has an external environment in the heart of Tiradentes square.

Here are located the Space Connections and the Exhibition Space.

A Space Connections (231,27 m ²) is a broad, consisting of Media, Square and Café – open and partitions. A place of conviviality, back to the chance meeting and scheduled meetings. There everyone can connect with the actions and programs of the CRAB. Multimedia projections, the media library, Besides the services of CRAB Web (in tablets) will be available to the public and the professionals who are part of the productive chain of Brazilian handicrafts.

A Exhibition space ( 531,98 m ²) represents all the conceptual power of the CRAB. It will be presented exhibitions of different perspectives on the crafts produced in Brazil and its possible connections to other forms of expression like fashion, the design, the Visual Arts and popular culture.

On the second floor are located the Experimental Space, the Space Workshops, the Children space, the Multipurpose Space and the Administration.

A Experimental Space (128,26 m ²) is an area complementary to the exhibitions and Multipurpose space part. A laboratory of inventions, ready to receive from small new urban craftsmen shows the installations and performances.

A Multipurpose Space (118,28 m ²) have a diversified programming, provided by the programs of all areas of the CRAB. Can will shows, meetings, debates, workshops, lectures, product launches and free courses.

A strategic point CRAB is the Space Workshops (112,5m ²). This space is intended for training, training and specialization. Will have a calendar of courses – temporary or permanent – to attend different public profiles and levels of knowledge, in order to meet the demands of learning with the own market segments, to train effectively the entire chain of craftwork.

Own environment to play and to create with materials (mud, wood) and recyclable (aluminum, plastic, paper), the The space Child (50.50m ²) is the meeting place of the child with the Brazilian handicrafts.

Previous: Extension course: Without beauty, There is no culture
Next: Philos indicates ten channel productions to celebrate International Women's day