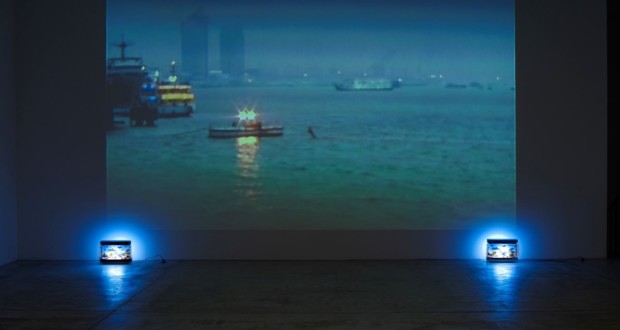 Belgian director's work will occupy the entire cultural center in Flamengo with from videoinstallations 27 November. Shows approaches Brazilian public the unique aesthetic of filmmaker and his gaze on the female universe

consecrated internationally, filmmaker Chantal Akerman (1950-2015) performed over 40 movies, some of which have assured place among the classics of all time. To celebrate his legacy, Hi Future opens the day 26 November the first exhibition in Brazil on the work of the artist and their insertion in the world of visual arts. Owner of a unique look at the female universe and construction of a rhythm that broke with many of the film canons of his time, Chantal deal, four video installations, three floors of the cultural center in Flamengo.

Chantal Akerman - Expanded Time It is a novel shows, which has curate Evangelina Seiler and has its assembly supervised by Claire Atherton, one of the closest collaborators of Akerman. The goal is to approach the Brazilian aesthetics public, style and above all the particular vision of the artist on the female universe. Beto Amaral, the Schism, idealized exposure in 2014, in partnership with the Marian Goodman Gallery. Daniela Thomas and Felipe Tassara sign the expography show.

- For a year now I am completely dedicated to the universe of Chantal Akerman - excited-is Evangelina Seiler. – I am very happy to have been invited to this so special curatorial. Our ultimate goal is to make more than singular work of Chantal Akerman reach the greatest possible number of people. It is very important that more and more people know the magnitude and importance of the work of this great director - Frisian.

– Four years ago I try to make this happen. The Hi Future was the first to believe in him. At a time when we are entranced with the identity issues in Brazil, no more current than filmmaker Chantal Akerman, that questions and questions the notion of identity in his vast work. - explains Beto Amaral.

- Besides being one of the most influential and original filmmakers in the history of world cinema, Chantal Akerman was a pioneer in looking for women, valuing gender issues throughout his career and innovating not only in form but also in content. The Hi Future is proud to close the program 2018 our galleries with this unprecedented exhibition, sharing with the audience the experience of intensely experience the work of this great artist, that still does amazingly current - says Roberto Guimaraes, Executive Manager of Culture of Future Hi. 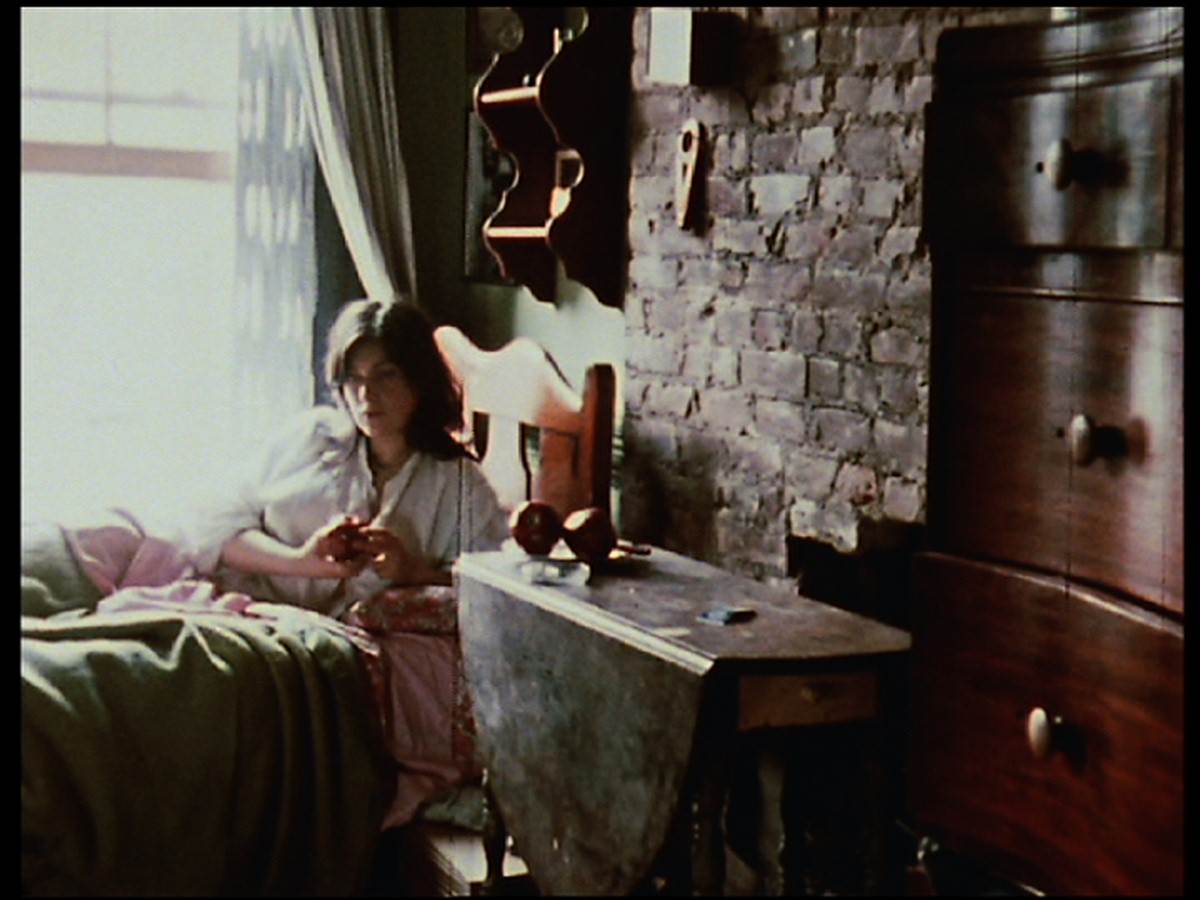 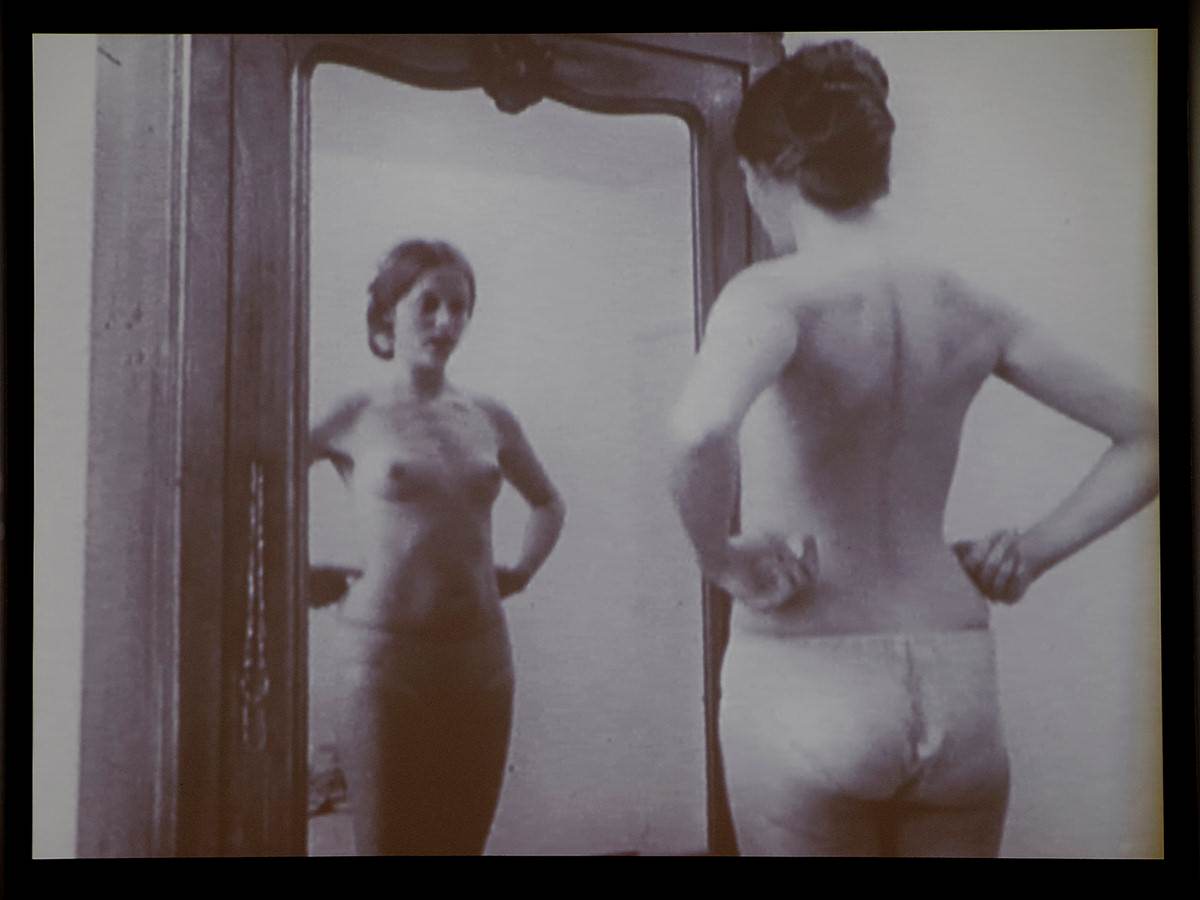 Chantal Akerman's experience in the field of video installations led her to participate in some of the most important shows in the world, as Documenta in Kassel (2000) and the Venice Biennale (2001 and 2015), among others, always with great success. His works in this area have been developed based on some of his own films - to which he added new material that made filming.

The Hi Future receive four video installations filmmaker: In the Mirror (1971-2007) shows a scene from one of the first films of the filmmaker (The Beloved Child or I play to be a married woman, 16mm, from 1971), in which a naked young woman, in front of a mirror, examines his own body detail by detail.

Bedroom (2012) It was created from namesake 16mm film images, released in 1972. Article “Chantal Akerman: Self-Portrait gives filmmaker ", from 2004, magazine Cahiers du Cinéma, edited by the Center Pompidou, summarizes the film: "A long, slow panoramic describes repetitive and continuously the space of a room. in bed, Chantal Akerman - first sitting still and, when the camera returns, eating an apple. This is both a mysterious self-portrait of the filmmaker in his predictable place, as the equivalent, for your movie, a still life: gather your personal reasons in a repetitive description to better discard them then. "

Maniac Summer (2009) It consists of images and sounds recorded in Paris, in summer 2009. It is a comprehensive triptych, without beginning or end, without a specific subject or theme. The camera is positioned in front of a window and is running there. observes movements, records noises from the street or the nearby park, captures Chantal Akerman in their normal routines in the apartment: smoking, Working, talking on the phone. Fragments of everyday life of the artist are displayed in the control panel installation video, while the auxiliary panels show a more symbolic material, compound of main video images which have been isolated, modified and repeated several times. These abstract afterimages are a kind of memory, which refers to the images of the central element of the installation, like so many shadows of your reality.

The fourth work will be Night fell on Shanghai (2009), with projections of images eponymous episode directed by Chantal Akerman for the movie The State of the World, which brought together six directors from various countries and was produced to commemorate the 50 anniversary of Calouste Gulbenkian Foundation, Portugal.

It is an installation single channel, that evokes the art of direction and observation. Still images Akerman style features capture the port, boats crossing the river, people who spend, the skyline of the megalopolis, the gigantic illuminated advertising and nightfall in real time. Night fell on Shanghai It has little or no plot, but a powerful atmosphere that makes you sometimes. His representation of the urban environment is anchored in the dialectical relationship between the static observer's gaze and the various movements of the subjects that look.

The natural buzz of a hotel-restaurant serves soundtrack for this visual reverie without an apparent sense.

Rhythm, own style and will

The young woman who to 18 years dropped out of film school to make his first short film and, at 25, appalled the Directors Week in Cannes, in 1975, with the screening of his most acclaimed long, Jeanne Dielman, 23 Quai du Commerce, Bruxelles, always I knew intimately what he wanted to do to the big screen. However, his real encounter with the cinema would occur in adolescence and by pure chance: the movie title Pierrot le fou, Jean-Luc Godard, seen on the poster, attracted attention. He decided to enter the film and, after the session, between enchanted and determined, said: – That's exactly what I want to do in life.

Daughter of Polish Jewish immigrants, Holocaust victims (the mother, Natalia, It was the only one in his family to survive the Auschwitz concentration camp), Chantal always carried with it the mark of a present suffering, but sealed by silence, since the mother - the most decisive reference in his life and career to the last film - never talked about it. as a girl, Chantal lived with the traditions and Jewish rituals until his grandfather's death - and remember that those rituals brought him a certain peace and good memories. The observation of the everyday life of maternal and paternal aunts made to develop a very particular understanding of the daily tasks of a house, how to make the food, set the table, to wash, pass… all the women made with the same care and tirelessly, countless times. This typically feminine toil it contained a pace that Chantal eventually incorporate the images that later would create.

– My mother did not like me in the street brincasse, so I looked out the window too - declared, in an interview to the program Talk Cinema, French TV. – I remember me well, often alone, looking out the window.

The day to day of a house and the window of vision are very present elements in his filmography, marked by still frames, long takes and movement to come and go - cars, bus, trains - observed from a distance. Chantal Akerman camera functions as an observation point, an invitation to the viewer to discover, by itself, all the scene reveals. There is no induction, the dialogue is sparse. The camera still may represent a window into - of characters and environments - or a window out, in the case of contact with the movement of the world.

The time, na work of Chantal Akerman, It is essential for the realization of narrative. – When someone says: "I saw a great movie, or I felt over time!”, I suspect that this person is being 'stolen' something very precious - reveals. – In my films, I want the person to feel the time passing and all that this passage brings - said.

Your film is made of seemingly still frames, but that reveal all the intensity of the narrative, and long takes, no quick cuts. If the character leaves the scene, the camera does not accompanying. And the scene speaks for itself. The cut of the moment happens in the time that has to happen. This slow and stratified dynamic creates a very great dramatic power, snatching or spectator. It is a dive in the dark that ends up revealing stunning clarity. Como observa Claire Atherton, his collaborator by 35 years in fitting room, "Every movie, each facility was like the first time. We had no rules, fears or barriers. Every time we returned to a new sensory and intellectual adventure. Our exchanges were very simple; we spoke little, as excess words could come to destroy something. We used to say "it is beautiful" or "is strong". We liked certain words and Chantal said we had to be drastic, without compromise. "