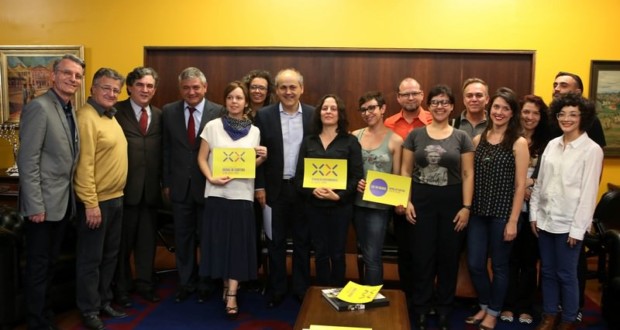 Mayor Gustavo Fruet signed, This Monday (17), decree granting the use of the property of the Cine Institute of Paraná Light Art (IPAR), Organizer of the Bienal Internacional de Curitiba. The IPAR installs in space its headquarters, where will organise the activities of the Biennale, In addition to a technical reserve and an International Centre for documentation and Research, to which researchers and other stakeholders will have access free. 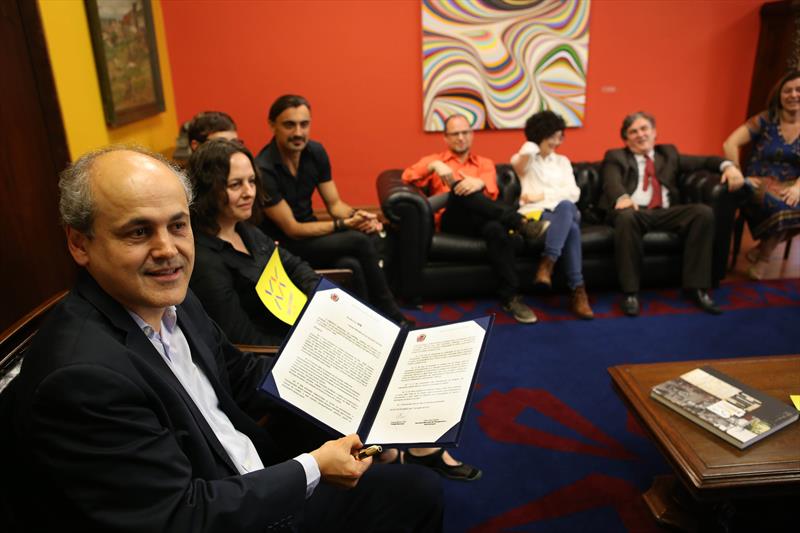 "The Biennale moves to town, encourages local production and is a showcase for new talent, in particular of Paraná. It is important to give space to local artists and also allow the exchange of experiences with artists from outside ", said Mayor Gustavo Fruet.

As a counterpart to the use, the IPAR will bear the costs of revitalisation of Cine Light, as well as the maintenance and upkeep for the next 20 years. During periods of the Biennial, the Institute must also free activities geared to teachers and students of the municipal network and in units of the Future Portal.

"The title of this year's Biennale ' Light in the world ' and this permission using the Cine Light connects with this concept. The space will host University and Film Festival will also be shared by the Biennial, FCC and the Association of visual artists of Paraná. Let's discuss and enhance the actions which will be performed in space ", explained the Director General of the Bienal de Curitiba, Deon Meyer Pereira. 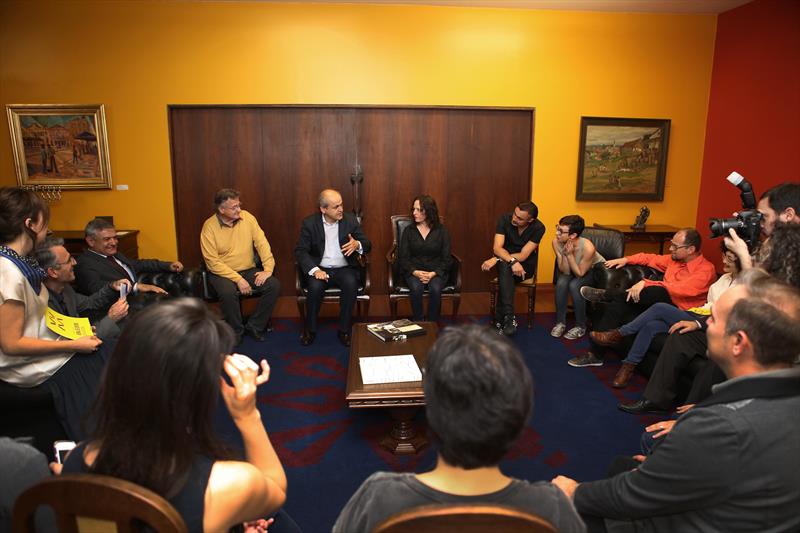 Located in the Santos Andrade square, the Cine Light was closed in November 2009, for determination of the Fire Department. Since 2013, the Prefecture was studying a way to reopen the space. The activities developed in the building will be inspected by the Cultural Foundation of Curitiba, you will also have the right to use the space on a few occasions.

"The Biennale is a partner in the central projects of FCC policy, as the Educultura and the territorial decentralizations of actions in districts of the city. Who wins with this cooperation is Curitiba, you might receive a large amount of artists and foreign works and at the same time open up more space for local artists ", evaluated the Chairman of FCC, Marcos Cordiolli.

Also present at the signing of the Decree artists from sister cities of Curitiba Alison Crocetta (from Columbus, Ohio, USA) and Arti Gabowski (of Krakow, Poland), In addition to Helium and Wirbiski one of the Alderman Rotary International biennial, Fernando Ribeiro.

Click here to read the Decree 516/2015 that gives the Movie Light the IPAR.

On the biennial 2015 – The Bienal Internacional de Curitiba complete 22 years in 2015 giving priority to the art that goes into the streets and not restricted to museums, cultural centers and galleries, but to win the urban space. General curated art critic Teixeira Coelho, the event takes place in the capital of Paraná between 3 October and 6 December with works by artists from the five continents in more than 100 City spaces.

In this issue, the event has as its curatorial concept the light of the world, wire of works representing the best of contemporary art II. For the curator of the week of Performances Fernando Ribeiro, the lights that guide this curatorship are not a subject or a physical work. "The lights are in the world and each artist is a world. A world of references, experiences, reflections and thoughts. Therefore, This is a curated by artists – more than works – and these were invited to bring their individual lights-your thoughts, his reflections, his impressions – the collective of Curitiba ", explains. 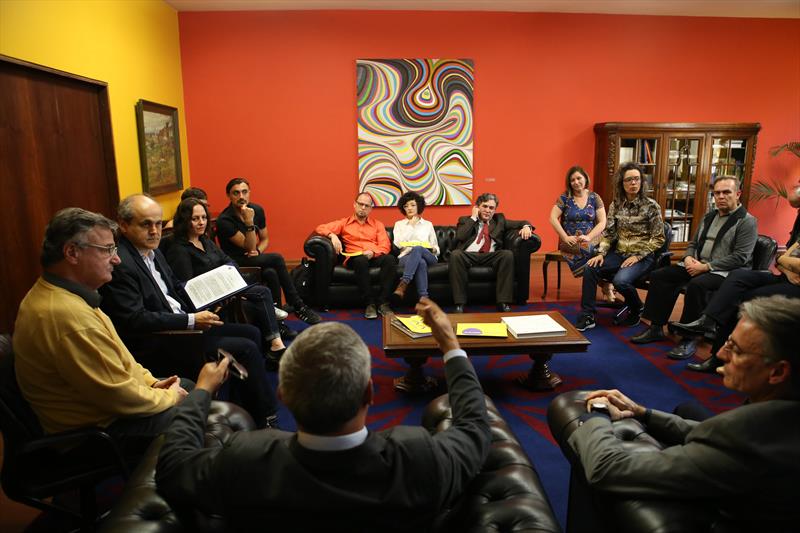 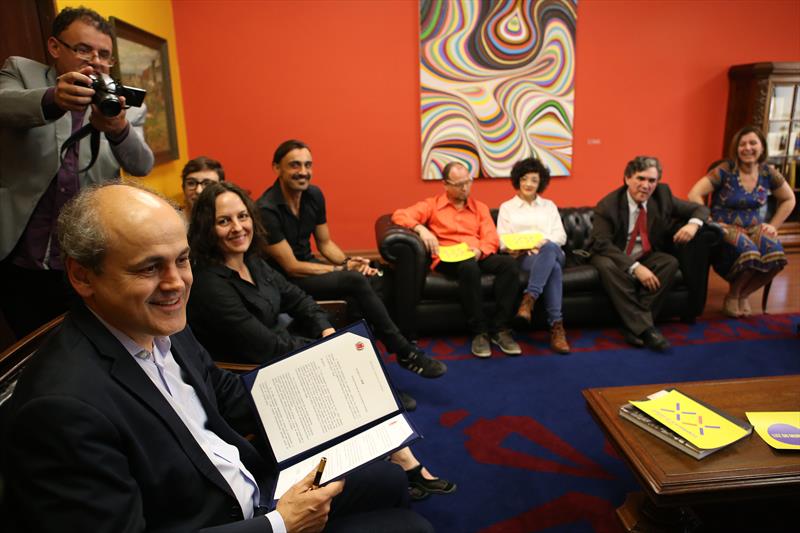 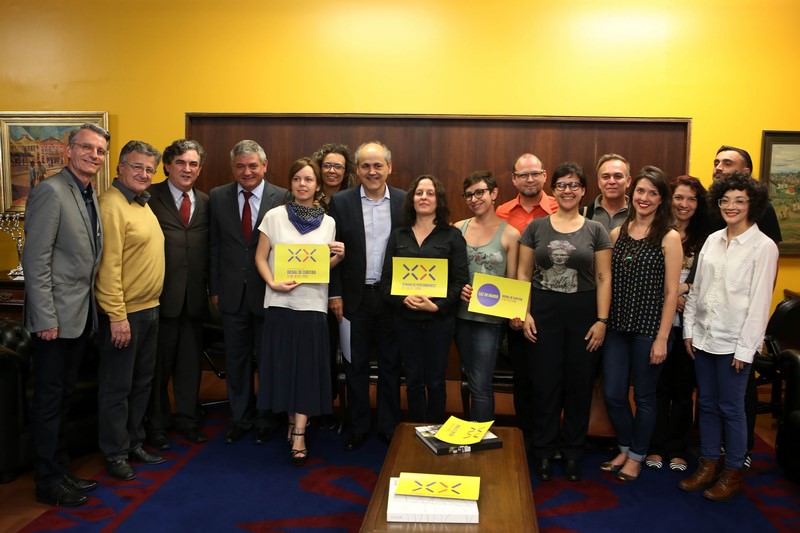 Previous: The art of Vania Valdo
Next: Behind the scenes of The New York Times in the session + Philos Globosat