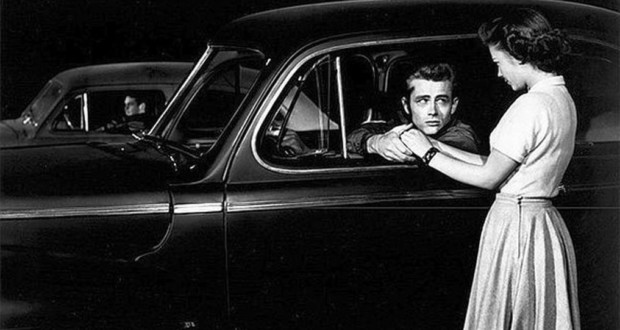 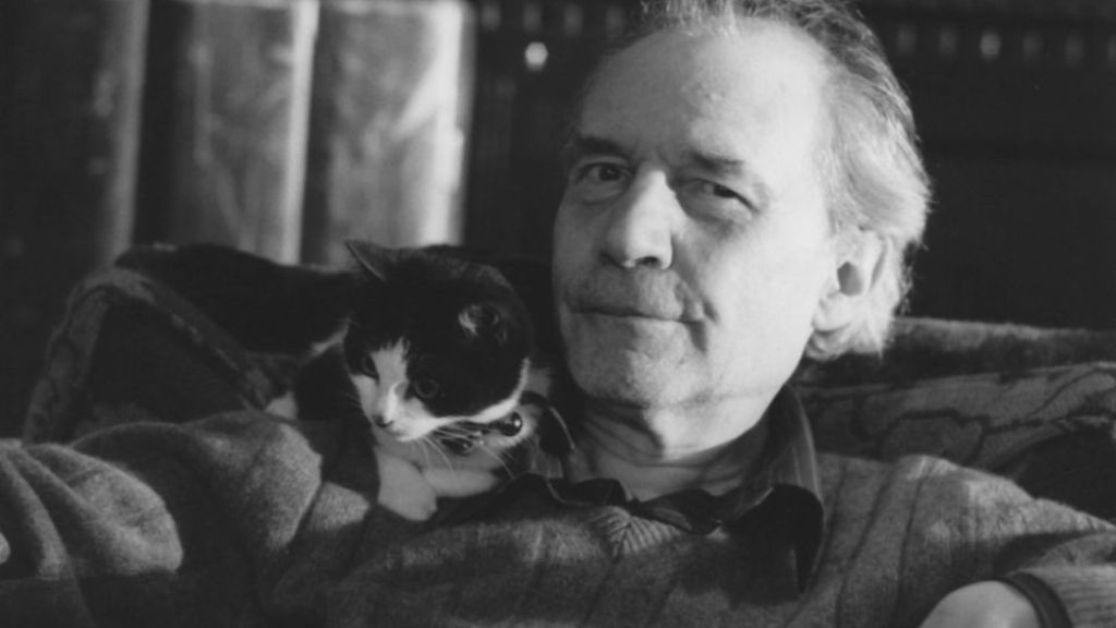 The film society of the Cinematheque completes two years of activities with the shows "Rivette critical", designed to honor Jacques Rivette, French Director of the Nouvelle Vague movement and critic of the magazine Cahiers du Cinéma, who passed away in January to 87 years. The show enters billboard at the Cinémathèque de Curitiba next Tuesday (19).

Rather than presenting a collection of his films – so revered as François Truffaut, Jean-Luc Godard, Eric Rohmer and Claude Chabrol-the film society has chosen to bring together productions which were analyzed by Rivette in its critical texts. The result is the meeting of some of the most important achievements of international cinema 1950 and 60. In addition to representative productions of French cinema of the period, There are American films, as "Youth Robin", Nicholas Ray, and also from Italy, Germany and Japan. Part of the show films of Roberto Rosselini, Fritz Lang, Alfred Hitchcock, Howard Hawks, François Truffaut, among others.

The film society of the Cinematheque is organized by the collective Atalante, an independent group that develops activities in different cultural areas. The Cinematheque has welcomed the initiative to keep alive the interest in cinema as art and expand the public space. In these two years, the Group secured the display of movies and shows with specific thematic, disseminating the knowledge and debate around the most emblematic productions in film history. The sessions take place fortnightly on Saturdays, at 3:0 pm, except this exhibition commemorating, which begins on Tuesday and follow until the day 26 April.

19/04, Tuesday at 16h30: UNDER THE SIGN OF CAPRICORN, de Alfred Hitchcock (Under Capricorn, 1949/USA- 117 min).
In 1831 the Irishman Charles Adare (Michael Wilding) travels to Australia to start a new life. To get familiar with the powerful Sam Flusky (Joseph Cotten) and discovers that the wife of this, Henrietta (Ingrid Bergman), was your childhood mate. Beautiful and unstable, Henrietta is now a tortured alcoholic and their rapprochement of Charles arouses jealousy in Sam.
With: Betty McDermott, Bill Shine, Cecil Parker, Denis ’ Dea, Francis De Wolff, G. H. Mulcaster, Harcourt Williams, Ingrid Bergman.
Parental guidance: 12 years

19/04, Tuesday at 18h30: THE BIRTH OF A NATION, of D. In. Griffith (The birth of a nation, 1915/USA- 193 min).
Two brothers from the family Stoneman visit Cameron in Piedmont, South Carolina. This friendship is affected with the Civil War, as the Cameron joins the Confederate Army while Stoneman unite Union forces. Are depicted the consequences of war on the lives of two families and connections with the main historical events, as the growth of the American civil war, the assassination of Lincoln and the birth of the Ku Klux Klan.
With: Donald Crisp, Elmer Clifton, George Beranger, George Siegmann, Henry B. Walthall, Howard Gaye, JennieLee, Joseph Henabery, Josephine Crowell, Lillian Gish, Mae Marsh, Mary Alden, Maxfield Stanley.
Parental guidance: 16 years

20/04, Wednesday at 19h30: THE TORTURE OF SILENCE, de Alfred Hitchcock (I confess, 1953/USA- 95 min).
A parish employee commits a murder dressed as a priest, and suspicions fall on the young priest Michael. To complicate the situation of this, the police discovers that he is emotionally involved with a girl and that the victim was blackmailing the two.
With: Anne Baxter, Brian Aherne, Charles Andre, Dolly Haas, Karl Malden, Montgomery Clift, THE AND. Hasse, Roger Dann.
Parental guidance: 12 years

21/04, Thursday at 16h30: LAND OF THE PHARAOHS, Howard Hawks (Land of the pharaohs, 1955/USA- 144 min).
In ancient Egypt, a Pharaoh (Jack Hawkins), upon returning from a victorious campaign, Decides to build a pyramid, where is buried along with his treasure, you expect to enjoy in a second life. To ensure that nothing will be stolen he approves of the idea of an architect, that is your prisoner, along with his people. They make a deal, If the architect to build this magnificent pyramid the captives will be gradually released during construction.
With: Joan Collins, Jack Hawkins and Dewey Martin.
Parental guidance:16 years

21/04, Thursday at 19h30: TRIP TO ITALY, by Roberto Rossellini (Viaggio all ’ Italia, 1954/Italy- 97 min).
Catherine (Ingrid Bergman) and Alexander Joyce (George Sanders) form a British couple Rico who travels to Naples, Italy, with the purpose of selling a property that they have inherited. The relationship begins to cool and the tension between the two grows increasingly. Catherine enters a nostalgic journey to remember a poet who loved her and died in the war.
With: George Sanders, Ingrid Bergman.
Parental guidance: 12 years

22/04, Friday at 16h30: LES MAUVAISES RENCONTRES, by Alexandre Astruc (*subtitles in Spanish) (Les mauvaises rencontres, 1955/France- 84 min).
A young man of humble origins who made its way among the highest circles of French society, is subjected to a police interrogation in Quai des Orfèvres. The flashback mode, Relive the different stages preceding the glory with which he had never dreamed.
With: Anouk Aimée, Jean-Claude Pascal and Philippe Lemaire.
Parental guidance: 14 years

23/04, Saturday at 19h30: PUNISHMENT OF A SOUL, of Fritz Lang (Beyond a reasonable doubt, 1956/USA- 80 min).
Susan, that is against the death penalty, convince your future son-in-law Garrett to take the blame for a crime, to explore the intricacies of the American criminal justice system. She promises to save him, with effective evidence of your innocence, After getting the information. But the situation becomes complicated when Susan is murdered, and Garrett loses his alibi.
With: Arthur Franz, Barbara Nichols, Carleton Young, Charles Evans, Dan Seymour, Dana Andrews, Edward Binns, Joan Fontaine, Joe Kirk, Joyce Taylor.
Parental guidance: 14 years

24/04, Sunday at 19h30: THE EMPRESS YANG KWEI FEI, by Kenji Mizoguchi (Yokihi, 1955/Japan- 98 min).
The film is set many centuries and is based on the Chinese legend Yokihi. In the 8th century T ’ ang China, the widowed Emperor Xuanzang passed through-tsung (Masayuki Mori) Reina alone, dedicated his life to the music and lives of mourning on the death of the last Empress.
With: Bontarô Miake, Machiko Kyô, Masayuki Mori, Michiko Ai, Osamu Maruyama, Sô Yamamura, Tatsuya Ishiguro.
Parental guidance: 16 years

26/04, Tuesday at 19h30: MACHORKA-MUFF, by Jean-Marie Straub and Danièle Huillet (Machorka-Muff, 1963/Germany- 18 min)
In the words of its directors, "Machorka-Muff" is the story of a violation (the violation of a country, to which reimpuseram an army, in which a former Nazi general is invited to take part in an imaginary rearming the German Government in the postwar period, After the resignation of Chancellor Konrad Adenauer's policy.
With: Erich Kuby, Guenther Strupp and Renate Lang
IN THE SILENCE OF A CITY, of Fritz Lang (While the city sleeps, 1956/USA- 100 min.)
The death of media magnate Amos Kyne (Robert Warwick) causes a power struggle in their companies. At the same time, New York suffers from the attacks of a serial killer of women. Edward Mobley (Dana Andrews) need to capture the killer, prevent companies from getting into the wrong hands and Kyne still try to save your relationship from the end.
With: Dana Andrews, Rhonda Fleming and Ida Lupino.
Parental guidance: 14 years

Previous: Book defends the importance of the words
Next: Artist sorocabana ‘ collection exposed by the world and House’ in Portugal