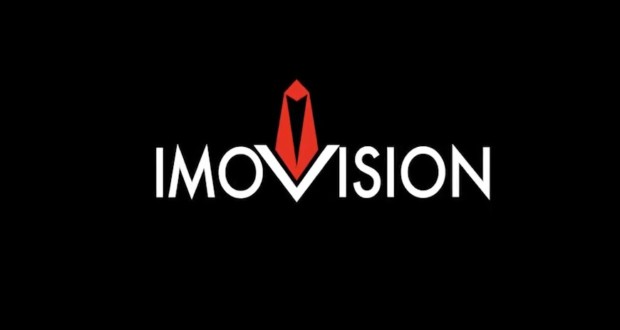 With a different proposal from the other drive-in, Cinema Open Air focuses its curatorship on award-winning art films, of renowned directors and several countries

Imovision Films distributor, in partnership with Cinema Open Air, decided to bet, together, and carry out an unprecedented and innovative action in the city of Rio de Janeiro, with display 100% of art films at a drive-in cinema, with an innovative box family structure capable of 04 people / each. The diversified schedule, composed of quality films, favors independent titles, many awarded at national and international festivals. A show that will concentrate the most prized statuettes of the 7th art, like Caesar, Golden Globe, Silver Bear, Oscar among others.

Before the pandemic starts, in March, the distributor had just released films awaited by the public as: WOMEN (WOMAN), Vidilili EM PARIS, THE YOUNG AHMED and the LUCK OF FAHIM, but due to the closing of cinemas throughout Brazil, they have to have their careers interrupted and people have not had the opportunity to watch. With this partnership, the general public will have a new chance to watch them on a big screen and in great quality..

With a very diverse schedule, the project honors national production and brings films that were very successful in theaters and stood out in national and international festivals such as: Boi Neon, by Gabriel Mascaro; End of the party, by Hilton Lacerda; I remember, by Flavia Castro; Like our parents, from Lais Bodanzky and Paris Square, by Lucia Murat.

Movie fans still have films like meetings, by Cédric Klapisch, a delightful romantic comedy that explores the Tinder generation and speaks of the need for love and the quest for connection these days. It's an engaging film, which deals with a timely and recurring theme, that affects people in different ways: the loneliness, and proposes a reflection on the relations in the digital world and Monsieur & Madame Aldeman, by Nicolas Bedos, a comic romantic drama that instigates the viewer to reflect on what the limits of love would be. A beautiful film, feminist background, who knew very well the peculiarities of a love relationship so full of ups and downs.

In celebration of Children's Day, the Cine Open will bring the film Dilili in Paris, of the renowned Michel Ocelot, Caesar's Winner 2019 for Best Animation.

Unique opportunity to check 30 films throughout the month of October, with a careful curation that includes films for the whole family, Kids, glbtqi community +, movie buffs, Youth and adults.

30 films that are part of the programming:

meetings, A Chance Fahim, Paris Square, Monsieur & Madame Adelman, I remember, Win, love and live intensely, The Other Woman, Like our parents, A Fantastic Woman, Woman, Family matter , The Neon Ox, Happy birthday, The Insult, My angel, Amanda, The best teacher of my life, The seamstress of dreams, Dilili in Paris, My God and my Glory, Daniel Blake, The Confectioner, The Closet Girl, Neruda, Let the sunlight in, Paradise must be here, End of the party, Brand New Testament, Young Ahmed, Formidable, Two friends.

Cinema Open Air will have a delivery service, available on the event app, who will deliver orders directly to the customer's car.

The ticket will cost R $ 50 per car that you may have, tops, four occupants. The complete list of films, days and times of exhibition and purchase of tickets, through the site www.cinemaopenair.byinti.com.

The event is an initiative of the production company Criape ​​in partnership with the City of Rio de Janeiro and the Municipal Secretary of Culture.

Present in Brazil for 30 years, Imovision has been consolidating itself as one of the biggest supporters of the best world cinema in Latin America, having released more than 500 movies in Brazil.

Created by businessman Jean Thomas Bernardini, the distributor has in its catalog, achievements of renowned foreign and Brazilian directors, and award-winning films in the most prestigious film festivals in the world, as Cannes, Venice and Berlin.