Municipality of the City of Rio de Janeiro, Municipal Secretary of Culture and Estudio M’Baraká present

In the wake of Mostra CineCidades, unfolding of the project that shows short and feature films about the city of Rio de Janeiro, Rolé Carioca begins 2021 with a virtual tour full of glamor: a script through the city's street cinemas.

The itinerary will be conducted by History professors William Martins and Roberta Baltar and will pass through places that were the stage for the cultural effervescence of Rio de Janeiro in the first half of the century 20. The tour takes place at day 28 March at 10 am by the Zoom platform and simultaneous transmission by Facebook of Rolé Carioca.

Light, Camera, Action! The longing for the dark of cinema inspired the debut script of Rolé Carioca in 2021: the old projection rooms of the city during the so-called belle époque do cinema.

Capital tuned with the novelties and inventions of Europe at the end of the century 19 and beginning of the century 20, Rio de Janeiro lived intensely the glamor of the golden era of cinemas. Already in 1908, the central region of the city was home to nothing less than 20 cinemas.

The avenue Rio Branco, the surroundings of Praça Tiradentes and the region that later became known as Cinelândia - or the Brazilian Broadway – concentrated the exhibition halls that projected European films, Americans and - from the decade of 30 - Brazilian productions.

The Carlos Gomes Theater, o Ideal Cinema, the Cine Íris, or Cine Orly, o Cine Theatro Rex, the Cine Vitória, o Cine Pathé, Cine Palácio and Cine Odeon - one of the only ones that are still active - were at the center of cultural life in Rio, bringing the news that came from Europe.

This period extended until the mid-1990s. 70, when street cinemas started to decline until they were replaced, in the middle of the years 90, by evangelical churches or theaters specializing in pornographic films.

However, the memory of this period lives on and vibrates on the facades of historic buildings, some overturned, that portray different styles - from art Deco to Art Nouveau - and offer surprises like the dome designed by the French engineer Gustave Eiffel for the Cine Ideal, among other curiosities.

Although most of these cinemas are disabled, the buildings keep their structure preserved – either by tipping, either by revitalizing, either by reform for various uses, guaranteed a real class on the society of the time from the exhibition halls.

One of the exceptions is the imposing Cine Odeon, opened in 1926 and currently in operation. Located on the first floors of an eleven-story building with mixed use in the heart of Cinelândia, it was reopened in the late 90 and underwent extensive reform in 2015 – which included restoration of the facade and interior and today has the capacity to 550 people. 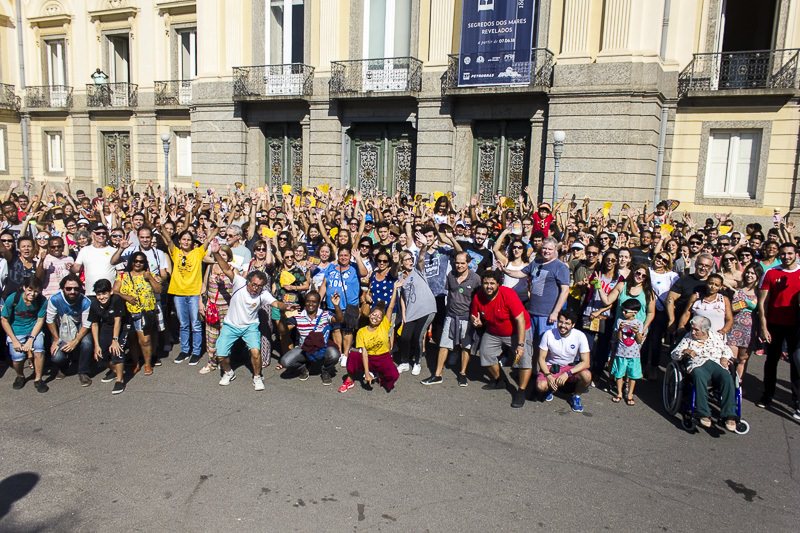 Cinemas around the city

But those who think that cinemas made history only in the central area of ​​the city are mistaken. Important and majestic rooms have spread across all regions, including suburban neighborhoods like Méier, – that inaugurated, in 1954, the Imperator, largest cinema in Latin America so far – Tijuca, Madureira, Bangu, Campo Grande and the Leopoldina area - the place where the largest number of cinemas in the city was concentrated at the end of the decade 40 and the beginning of the 50.

The script also includes Cine Roxy, in Copacabana, that opened in 1938 and quickly became a reference for Cariocas. It was so important that the main innovations of the film industry arrived in your room first – in the 90 underwent a major overhaul and was divided into 3 islands, but kept its majestic lobby and sumptuous facade, building trademarks.

Check the schedule of virtual tours until July:

Multiplatform project of culture and knowledge about Rio de Janeiro, Rolé Carioca adds a rich collection of stories, curiosities, facts and characters collected in almost a decade dedicated to people, to the memory and culture of the city.

The museum was created in 2013 from face-to-face tours through different itineraries, telling stories about Rio and its characters, Rolé Carioca expands its operations in 2021 dedicated to listening to stories of residents and bringing reflections on the urban space through actions such as the Map of Memories, the Papo de Rolé webseminar and the CineCidades film show – merging virtual and face-to-face programming, adapted to the pandemic moment.

For his trajectory, Rolé Carioca was one of the winners of 2019 Rodrigo Melo Franco de Andrade Award, granted by IPHAN to initiatives for the preservation and dissemination of historical and cultural heritage.

Rolé Carioca is sponsored by the City of Rio de Janeiro, of the Municipal Secretary of Culture, of Estacio and the National Electric System Operator (U.S), co-sponsorship of First RH Group and Shift Gestão de Serviços, through the Municipal Culture Incentive Law – Lei do Iss, and support from Lecca and the World Architecture Congress.

Previous: Cradle of Rio de Janeiro's urbanization Bairro da Glória gains site with rich content
Next: Start again as many times as needed! Who does not give up, achievement!