This week's programming on the Curitiba will be dedicated to the display of Ecuadorian films. From 4 to 9 August, Cinema of Ecuador appears in two daily sessions, each with a different movie. Will be presented 12 full-length movies, made in recent ten years, in a period of great momentum of audiovisual production in that country.

The films were encouraged by the first law of cinema of Ecuador, approved in 2006, and express contemporaneity and the different styles of its directors. Promoted in partnership with the Embassy of Ecuador in Brazil, the show is part of the project "Twelve Glances of the Cine Ecuatoriano". Movies are subtitled in Portuguese. Admission is free. 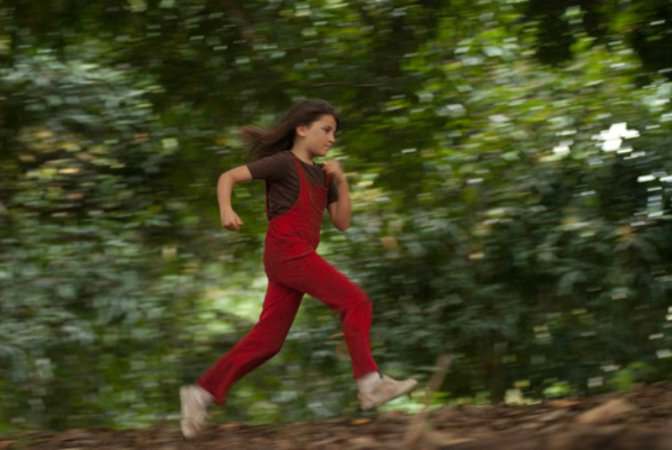 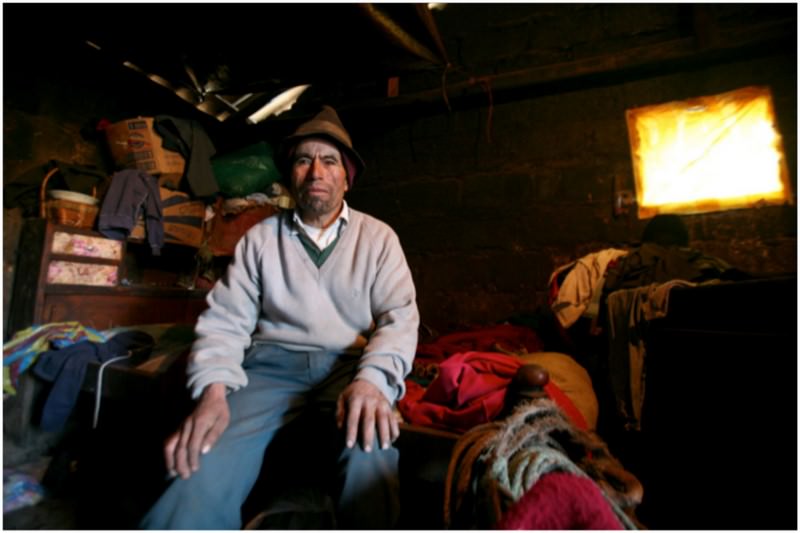 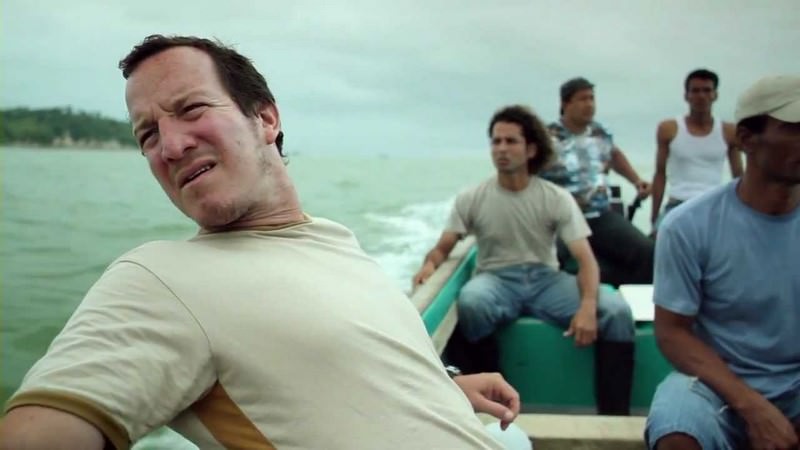 Date: 04/08/15 às 18h30
Movie: DE CUANDO LA MUERTE in VISITÓ of Hanan Guayasamí (2007, 81’)
Synopsis: A day in the life of a community on the peninsula of Santa Elena, in the Ecuadorian coast. The many characters of this documentary-simple people, heir to an ancient culture – present the authentic protagonist: death. Multiple bus take us, between sociological traits and poetry, to see how, Ali, death is assumed to be a natural stage: the living shadow and persistent of the existence. This documentary shows the Customs and rituals of living death. At the culmination of the narration is a fact which will mark the Director and the film.
Indicative Classification: 12 years

Date: 04/08/15 às 20hs
Movie: SARA LA SCARECROW by Jorge Vivanco (2007, 70’)
Synopsis: Fed up with the fact that the birds eat the corn out of your property, the family of Yuyari the charge of making a scarecrow. The result is Sara, that is beautiful to the point of attracting more birds. To come to life, the doll confesses that his greatest wish is to fly, making Yuyari from on an adventure to help her.
List: Flormarina Montalvo, Lenin Zambrano, Elena Larrea and others.
Indicative Classification: Free

Date: 05/08/15 às 18h30
Movie: BALTAZAR USHKA, EL TIEMPO Igor frozen Guayasamín and José Antonio Guayasamín ( 2008, 22’)
Synopsis: A 6.267 meters of height, the highest volcano in the world, works more than Ushka Baltazar 30 years. An entire community used to take ice from the volcano, transport it and then sell it, but now Baltazar. The film travels in circular way, consistent with the indigenous worldview, doing a portrait of the life of the last "geleiro" of the Chimborazo.
Indicative Classification: 12 years

Date: 05/08/15 at seven
Movie: MI CORAZÓN in YAMBO of Ma. Fernanda Restrepo Arismendi (2011, 140’)
Synopsis: In 1988, When the Director had 10 years, his two brothers, from 14 and 17 years, should get it in a children's Party, but didn't show. After a year of anguish, she discovers that on that day the boys were tortured and murdered by the police of Ecuador, for no reason, and their bodies were never found.
Indicative Classification: 12 years

Date: 06/08/15 às 18h30
Movie: The TUS BACK to Tito Jara H. (2010, 76’)
Synopsis: The statue of our Lady which Crown El Panecillo, Hill that divides the capital Quito on two, Watch and smile to the North of the city where most people live well established. South, most populous area, the poor can only see the back of our Lady. The Gothic style, a young man working in a Bank and tries to forget and hide his own humble origins and his mixed racial identity.
List: Gabino Torres, Jenny Navas, Lili Alejandra and others.
Indicative Classification: 14 years

Date: 07/08/15 às 18h30
Movie: LABRANZA HIDES of Gabriela Calvache (2010, 65’)
Synopsis: Is inside of housing, after their silent walls, that hide the most hidden and intense human secrets. So it is with the House of Alabado, part of the historic center of Quito time and survivor of all sorts of changes, site of extraordinary beauty that hides the tragic story of the indigenous masses.
List: Second Caiza, Luis Cando, Julio Both and others.
Indicative Classification: 12 years

Date: 07/08/15 às 20hs
Movie: PROMETEO deported Fernando Mieles (2010, 111’)
Synopsis: On the Windows of immigration, passengers line up with the documents in the hands. The members of the European Union pass smoothly through customs, while others wait. Amid complaints and complaints, a group of Ecuadorians is detained. Everyone's hiding something. Among them are Promised, a young man who carries a chest of magic in your luggage, but it's chained as a delinquent, and Afrodita, that hides his true identity.
List: Carlos Gallegos, Ximena Miles, Juana Guarderas and other.
Indicative Classification: 12 years

Date: 08/08/15 às 18h30
Movie: Mateo boost Herrera (2009, 83’)
Synopsis: Tired of his life in the city, Jessica decides to go to the country in search of his father. Received by uncles and a cousin in a farm family and initially, She goes on to experience strange events. While starts a romantic relationship with the cousin, the environment becomes increasingly unsettling.
List: Cecilia Vallejo, Erika Granda, Carlos Racínes and other.
Indicative Classification: 16 years

Date: 08/08/15 às 20hs
Movie: EN EL NOMBRE DE LA HIJA Tania Hermida P. (2011, 103’)
Synopsis: Set in the summer of 1976, the story is of a girl 9 years whose name is in dispute. Manuela has the name of his father, Socialist and atheist, but his grandmother, and conservative Catholic, insists on calling her, like all family primogênitas, Dolores. Determined to defend the ideas of the father, Manuela faces the relatives, until a chance encounter forces her to face herself.
List: Eva Mayu Mecham Benavides, Markus Mecham Benavides and other.
Indicative Classification: Free

Date: 09/08/15 às 18h30
Movie: Marcelo Castillo YAKUAYA (2012, 54’)
Synopsis: Yakuaya (Yaku = water, Aya = essence, blood and spirit) is a documentary that follows the journey of a drop of water, Since its origin in a cooler until the arrival at the sea. In your path, the liquid influences in the life of a peasant, the rhythm of a factory, the people of a city, revitalizes the life of a man and a woman, driving the Navigator of a river, awakens the hope in a desert and hosts the innocence of children on the beach.
List: Washington Serrano, Second Duqye and Gabriela c.. ZAMBRANO.
Indicative Classification: 12 years

Date: 09/08/15 às 20hs
Movie: Fisher of Sebastian Cordero (2012, 96’)
Synopsis: Blanquito has 30 years and lives with his mother in a small fishing village on the northern coast of Ecuador. He's not a fisherman, feels that this is not your destination and, daily, threat from in search of his alleged father. Lorna, the mysterious woman is obsessed, also want to get out of there. In a morning, When a series of boxes is brought to the beach by the tide, they see an opportunity to leave the village.
List: Andres Crespo, María Cecilia Sánchez, Carlos Valencia and other.
Indicative Classification: 16 years