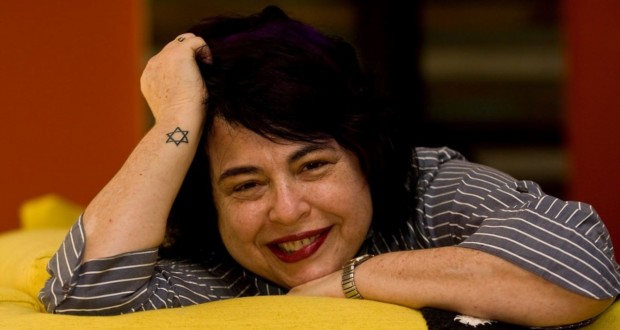 Cintia Moscovich is the guest of this year's Literary Paiol

The Brazilian writer and journalist, MA in Literary Theory, Cintia Moscovich, participates on Tuesday (2/10), the Paiol Literary. Chat, mediated by journalist and writer Roger Pereira, It begins at 19:30, in the theater of the Armory, with free entry. Started in 2006, It will be the ninth season of the project, conducted by the newspaper Draft, sponsored by Federal Savings Bank and support of the Curitiba Cultural Foundation and the European Center hotel.

Rio Grande do Sul in Porto Alegre, Cynthia was born in Moscovich 1958. He debuted with the storybook The kingdom of onions (1996) and won twice the Azorean Literature Prize, with the novel Two identical - Manual of love and similar misconceptions (1998) and the tales of Notes during the fire (2000). Plus another incursion by brief narrative This bright thing is the rain (2012), by which led the Portugal Telecom Literature Prize and Clarice Lispector Award, the National Library Foundation, is the author of the novel Why am I fat, mom? (2006) and it has been published in several national and international anthologies.

Previous: cocktail Exhibition “Art Flowers Life” by Edmundo Cavalcanti
Next: "The loss of credibility in journalism is the loss of a nation", says philosopher and researcher