Claudio Oliveira is an artist.

In the period of 1988 to 1993 He was a pupil of the painter, Designer and landscaper, Roberto Burle Marx, and Assistant in his atelier, In Place Santo Antonio da Bica in Guaratiba, where did you learn techniques in acrylic paint on canvas, oil on canvas, stamping, sculpture, drawing, ceramic panels and canvas for painting.

He worked as a draughtsman in the Office of landscape architecture of Roberto Burle Marx, learning techniques of landscape design, Nanquim, gouache, lithograph, etc…

FALASP – Federation of academies of Arts and letters of the State of São Paulo.
He received the Medal of merit Princess Elizabeth – The Goblin.
at the Hotel Copacabana Míramar – Rio de Janeiro.

Member of the Academy of Arts Brazilian Sovereign of the State of Rio de Janeiro “ASBAERJ”. Founded in 30 May 2011.

Member of the Academy of Arts and letters of the State of São Paulo – FALASP.

Tips for decorating and organizing your bathroom

Antique Furniture: know the advantages and disadvantages of choosing them 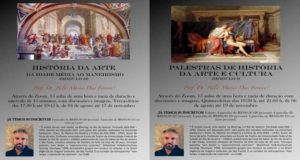 Art History Course: from the Middle Ages to Mannerism 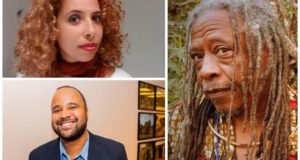 "A business that makes nothing but money is a poor business." Henry Ford