Collection of sacred art is featured in virtual auction

Auction will feature collection of Maria Antonia Marinho, the House of the Alto da Boa Vista in Rio de Janeiro and other principals.

With great furniture collection, sacred images, Silver, crockery Cla Indias, academic and contemporary paintings, lithographs and rare books, all of the 17TH centuries, XVIII, XIX and XX, totaling 467 lots is being carried out in São Paulo, the virtual sale of Dutra of the Auctions Maria Antonia Marinho, through the site www.dutraleiloes.com.br.

According to the auctioneer Luiz Fernando Dutra, deserves special mention the dresser of paper D. Joseph I of rosewood with secret compartment for value guard, da Bahia, 21st century. XVIII. As well as a dining room composed of a table of 440 cm in length and 16 Rosewood chairs, all of the 18th century. 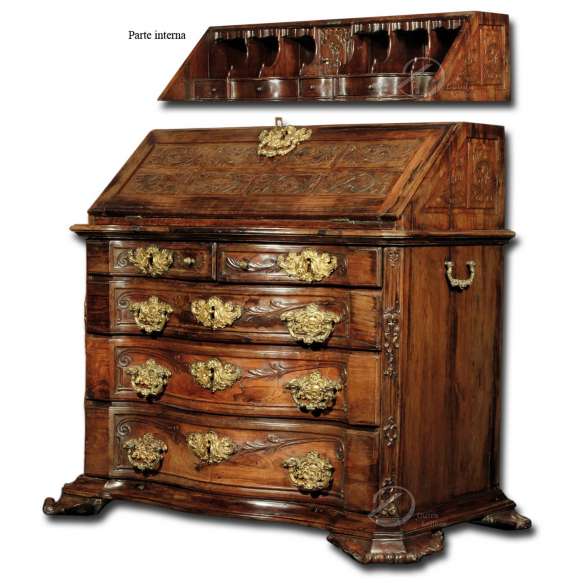 Collection of dishes and blue and white porcelain platter Macau with container for hot water (electric hot tray), small terrines and slaves again whose name derives from the port of Macao origin, coming to Brazil at the end of the 20th century. 18th and early 19th century. XIX;

Portuguese and Latin dictionary of Raphael Bluteau 1712 -1728 in ten volumes;

Great arcaz of sacristy D. Jose I of rosewood with more than 322 long 19th century. XVIII;