Home / Art / With humor and eroticism, artist exposes for the first time pieces that enhance the feminine delicacy

With humor and eroticism, artist exposes for the first time pieces that enhance the feminine delicacy 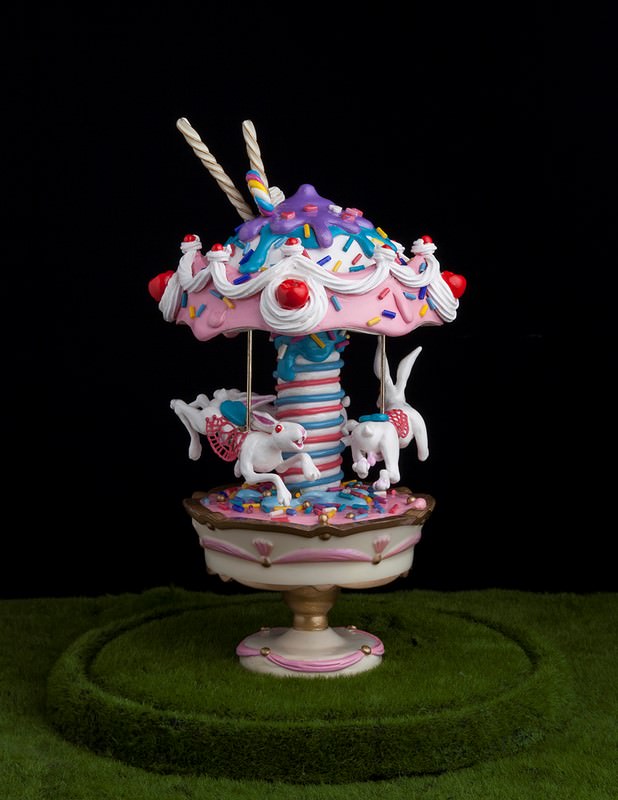 São Paulo, 09 from March 2016 – The artist Angela Bassichetti has just released its first exhibition, named Chez Elle. With boldness, humor and eroticism, the paintings and sculptures of the artist work the delicacy of the female soul with pinches of sex, irony and a Parisian touch. All the pieces are unpublished and are currently on display at apArt Private Gallery, in the Jardins district, in São Paulo.

With great subtlety, the artist creates a playful universe in which the woman exercises absolute power. Chez Elle presents us with a complex ecosystem, the result of the intersection between Paris and the female soul. "The romance of the city – its shops, cafes, music and art – seem to free the desires of women. It is in Paris that the female soul becomes even more generous with yourself, allowing all concessions: Vanity, lust and mainly, the pleasure. ", explains Angela. The entire collection features a highly empoderador character, playing humorous way with the difference between the sexes and emphasize the delicacy present in female soul.

The exhibition Chez Elle has 22 parts, who play with the imagination. We can highlight the fun Sorvetetas: cold porcelain sculptures resembling delicate balls of ice cream, topped with colorful sprinkles, cherries and whipped cream. A closer look you will realize that a Sorveteta is more than a simple scoop of ice cream: is a female provocadamente breast decorated as an innocent sweetie. In "a ball", "Two Balls", "Cone", "100% cocoa" and "Tutti-Frutti". 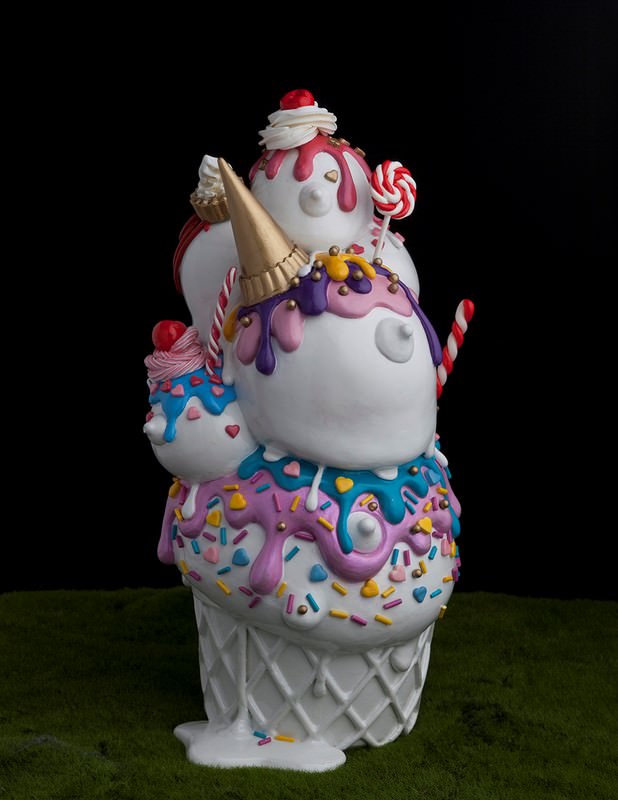 Each piece features a unique story and fun, blending luxury with a touch of irony. In the case of Sorvetetas, the artist plays the formula is "produced handmade, using in your recipe: Erotica, mood, whipped cream and cherries on the cover. Everything nicely mixed with hand and flu during a one-night stand. "

In a classical analysis woman x man, the artist created the Lapinettes: small sexy rabbits that represent a combination of feelings and desires of every woman. The Lapinettes are usually accompanied by the Lapinus. They want to teach about the beautiful and love, While the Lapinus are only interested in taking your clothes.

Another piece that deserves highlight is the painting "Animal Crackers in the Soup". Inspired by the book by Charles Bukowski, the oil painting 1,75 by 1,25 It depicts "the unlikely love relationship between two such different beings: the man and the woman ".

All the pieces are on display in the Gallery until the day Private apartment 31 March and may be acquired during the period of the exhibition. At the end, some works may also be rented. 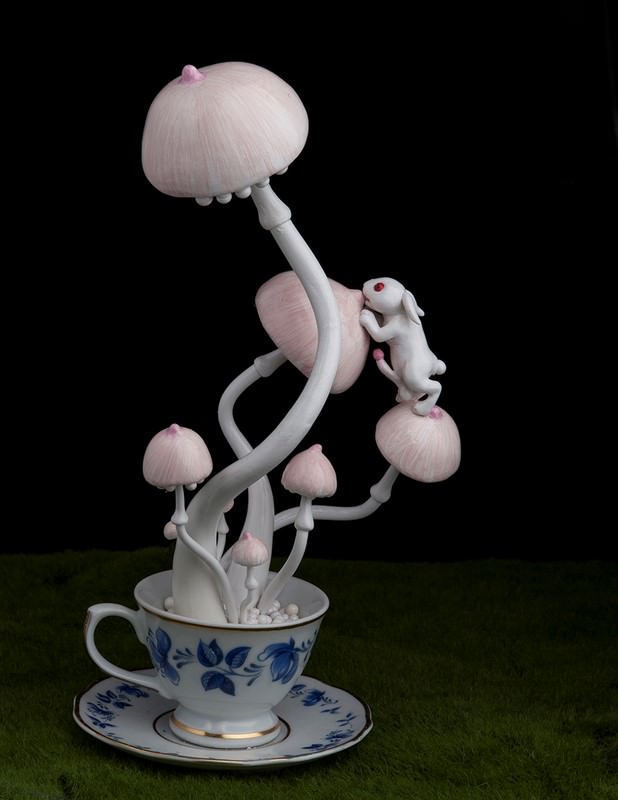 Angela Bassichetti's Creative Director and artist. Worked for 14 years in advertising agencies, period in which he received several awards, as Cannes, One Show, D&Ad and Clio. Currently working as Creative Director at Turner Time Warner for all Latin America.

In his current job as artist, developed a fantastic universe and its creatures. Through oil paintings and sculptures, brings the real world, the whole ecosystem that if springs on female soul. A work full of eroticism, love and humor.

He has participated in national and international exhibitions, as the Yen Illustration Exhibition in Australia, and had his work published in editions of Zupi and Curvy. Chez Elle is your first solo exhibition. Learn more details of the work of the artist on the site abassichetti.tumblr.com

A great inspiration, in minimized proportions, the attitude of German Christian Boros to transform a bunker in Berlin in an art gallery and still live in it, encouraged us to create the apArt Private Gallery.

Apart is a private space, that with scheduled service, You can enjoy, buy or rent works of art, design, participate in interviews directly with the artist or designer. That's where also happens release of books or any other type of cultural event. Everything is organized so privé to an audience small or individual preselected.

The experience offered by apArt is to leave the work and the creator in contact with the fan. Is to bring the new from anywhere in the world. It is not to represent any artist, It is to be an enabler and bearer of trends.

Thais Marin is responsible for the gallery and some of the exhibited works can be seen in www.apartprivategallery.com or rented via e-mail ap.art@hotmail.com