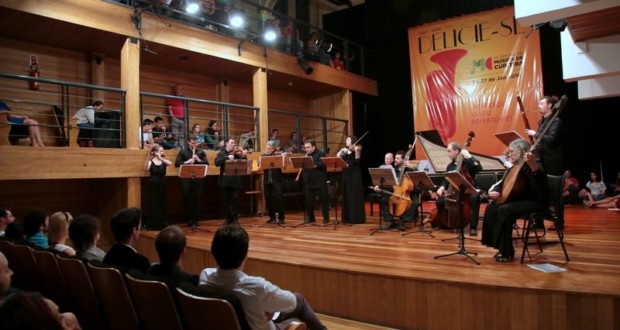 Music Workshop concert will have rare works of Bach

The audience of the 34th music workshop of Curitiba will have the opportunity to meet one of the most complex works of the composer Johann Sebastian Bach, rarely performed in its full version. The book "the art of Fugue" will be presented on Tuesday (12), at 12:30, in the theater of the Armory, by core teachers of ancient music.

"This was the last work written by Bach, and is one of the most significant and complex of the composer. Rarely is performed in full ", account the violinist Rudolf Richter, Coordinator of the Center for early music. He will be performing alongside other teachers specialists in the performance of Baroque instruments.

Two other concerts are scheduled for Tuesday. At 6:30 pm, in the Palace of liberty, will be showing the guitarist Walmor Boza, with a repertoire of works by John Downland, Girolamo Frescobaldi, Jaime Zenamon, Francisco Tarega, Augustin Barrios and Mauro Giuliani. At 8:30 pm, in the chapel Santa Maria, another group of teachers takes the stage to present Chamber music.