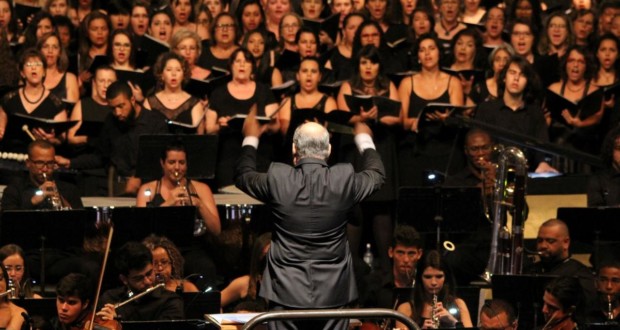 The closing concert of the season 2016 spectacles of the Camerata Antiqua of Curitiba, sponsored by the Ministry of culture and by Volvo, happens this weekend, under the baton of renowned violinist Claudio Cruz and participation of soprano, Carla Cottini. Titled ' Joy to the World ', the presentations included in Christmas celebrations, will be held on the stage of the chapel Santa Maria, Mrs 20 hours of Friday (16) and the 6:30 pm Saturday (17) e domingo (18).

The elaborate concert in two parts brings to its opening the ' Coronation Anthems ' by Georg Friedrich Haendel (1685-1759), the same composer will still work the program ' Joy to the world ' with texts of the English writer Isaac Watts, based on Psalm 98 of the Bible. For the second part are scheduled traditional Christmas carols and popular melodies of Christmas, ' So this is Christmas ' by John Lennon (1940-1980), "White Christmas" by Irving Berlin (1888-1989), Jungle Bells, among others.

Pre-concert -Complete programming lecture of the composer, arranger and Director of the school of fine arts of Paraná, Marcus Aurelius Koentopp prefacing the presentations and broadcast during the week of the concert in the social networks of the Cultural Foundation of Curitiba Curitiba Institute for art and culture. This season began the recording of pré-concerto which enabled better dissemination and appreciation of Program.

The maestro – Conductor and Music Director of the Young Symphony Orchestra of São Paulo State and "spalla" of the Orquestra Sinfônica do Estado de São Paulo (OSESP) since 1990, the violinist Claudio Cruz is the artistic director of classical music of the music workshop. In the last edition, in 2016, the musician commanded the Classical Orchestra of the workshop, In addition to acting as a professor of violin.

With participation in international festivals, including Carinthia (Áustria) and of Cartagena (Colombia), Claudio Cruz was also Music Director of Villa-Lobos Chamber Orchestra and principal conductor of the Symphony of Ribeirão Preto and Campinas, In addition to stand out as a conductor of Academic Orchestra of the International Festival of Campos do Jordão, in 2010 and 2011. He recorded three CDs with the Chamber Orchestra Villa-Lobos, one of them entirely consecrated to Edino Krieger. From 1990 to 2012 He held the position of concertmaster of Osesp, He is currently the conductor and Music Director of the Youth Symphony Orchestra of the State of São Paulo.

Previous: Valeria Diaz – "Live one day at a time!"by Edmundo Chandra
Next: Last few days to visit the exhibition of Biju on Neba Gallery