Agreement at dawn, my hectic creation. (Lhamo, goats and goats, sheep, chickens and ducks). Levanto and I will see what happens.

A pack of black wolves, led by a white wolf.

I even have a gun, but I will drive them with rockets, (it worked) they left.

After this scare, I could not sleep more, I started spending a cafe.

According morning, with someone knocking on my door.

It was Teresa, bringing me a corn cake, with a new neighbor (Rogerio) who had inherited a neighboring property. She came to me for the tractor and the mower on loan.

I put the table, to my visitors, with cheese, goat milk, fruits, etc.

Teresa said he would prepare a special dinner, Typical Chile, before we go into this journey. See the recipe below.

We gather it all in my garden. I have parsley, chive, coriander, mint, tomato and other vegetables.

Impossible to be Peruvian and consumed in all neighboring countries: the dish is made with a potato that only grows in The Andes and jerky llama or alpaca. I apologize that fans of these friendly Andean mascots, but never eaten anything softer than alpaca meat. By the way, alpacas and llamas are steaks in various dishes of the Andean region, próprio as lomo saltado.

Oriental immigration was very strong in Peru, consumed in several neighboring countries including Chile and generated dishes like this, in my opinion one of the best in the country. Basically, slices of fillet, vegetables and french fries covered with a sauce based on the shoyu. All this over a well served layer of rice.

We went to the Golden Waterfall, after a few slips arrived. Full moon night. I warned that the water was very cold. It was only bathe the face.

We returned almost at dusk.

When we got our dinner was ready. 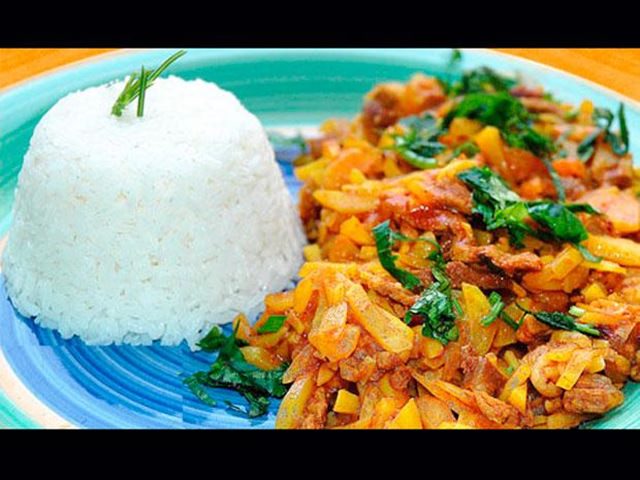 We had dinner with a nice wine Chilean, the new neighbor this.

When from time, We talk a lot, both Teresa, as Roger commented that the next day would happen in the village a kind of handicraft fair, work of villagers (ponchos, caps, ceramics, etc..). I said I'd like to go. then combine.

As the blizzard was too strong, I invited to landing on my hut, for I have three quarters.

They were, each in quarter.

Next morning we woke up very early, We take a nice coffee and went to the fair. (very beautiful work).