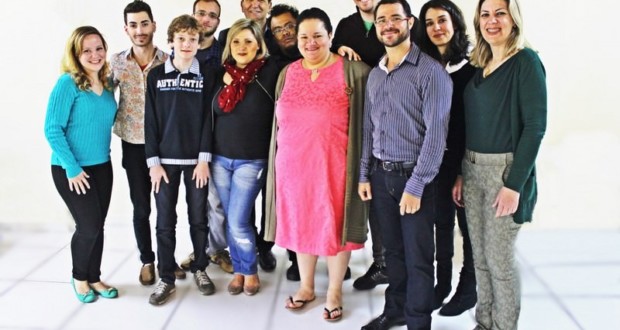 Our choir Sing makes presentation only in the chapel Santa Maria

Our choir Sing makes presentation only in the chapel Santa Maria

Our singing choir presents this Wednesday (12), at 8:0 pm, in the chapel Santa Maria, Renaissance Spanish and Brazilian songs from various periods. "Our Corner" is a cultural project, It offers the community the teaching of vocal technique and the practice of choral. Created and directed by Eli Siliprandi, the project is developed by the Cultural Foundation of Curitiba in the Regional Boqueirão since 1998.

The choir stands out not only for sound quality, but also for the Assembly of scenic concerts. "Our group is eclectic and formed by singers from 13 to 50 years. With this, We want to make classical music more accessible to the public and for all age groups ", analyzes Eli.

In his repertoire for this presentation is contained in one of the most important songs of the Spanish Renaissance, ' Spanish villancicos Cancioneiro de Upsala ', it comes in simple human feelings verses. Brazilian music and still are planned for various time sacred.

The Regent Eli Siliprandi was singer in the choir of the Camerata Antiqua of Curitiba, where he remained until 2007. He holds a degree in Singing for the school of music and fine arts of Paraná, formed in 1991, in the class of Professor Emanuel Thomas. He studied choral conducting with Mara Fields, Gerard Galloway (England), Jeofrey Mitchel (BBC London), course of Madrigal with Roberto de Regina and Nicholas de Figueiredo.

Eli created in 1998 the project and Choral Vocal technique, deployed in July of the same year by the Cultural Foundation of Curitiba on the street of Regional citizenship Boqueirão. In 2012, the project was implemented in all regions, in partnership with the ICAC-Curitiba Institute for art and culture, receiving the name "our place".