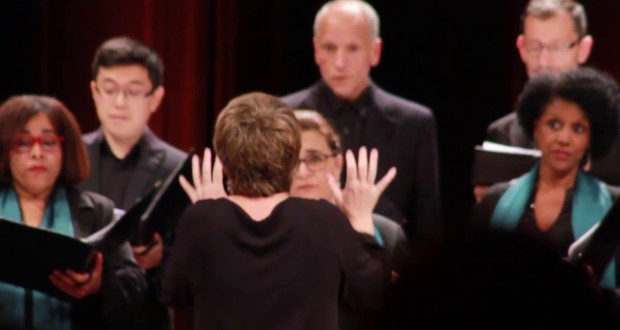 Choir of the Camerata Antiqua of Curitiba. Photo: Disclosure.

Shakespeare texts to music by Ralph Vaughan Williams are featured program. The concert is conducted by Mara Campos and soprano solos Luisa Fávero and tenor Lucio Hosaka, both members of the group.

The UK has revealed countless masters of composition, eight of them will be rescued in this program. The repertoire is a timeless dialogue between texts, forms and imagery of medieval music, Renaissance and post-industrial revolution translated into words, in particular the questions and inspirations of the first half of the century 20.

The beginning and end of the program are made with works of composer Edward Benjamin Britten (1913-1976). The opening is to Concord, in honor of Elizabeth I, in which the text of William Plomer describes the possibility of life in harmony on an equal and just society.

in closing, Britten peace turns to the historical essence of the British musical culture with exciting songs Sacred and Profane and The Morning Star as a promise of better days, through the generosity of nature which is renewed in the time. The song is part of the great Spring Symphony author, made after the Second World War.

Previous: September month new art screenplay by Santa Teresa
Next: Visits to Museums and chat with the artist Rosana Paulino