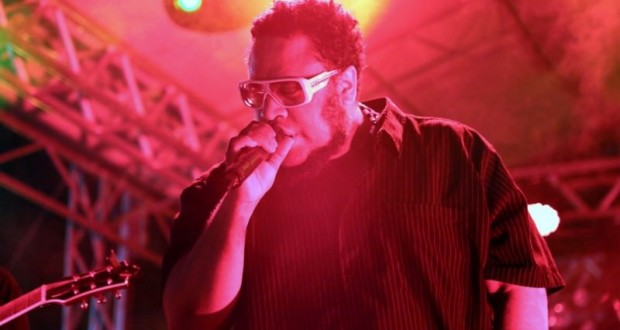 Culture on the street: BNegão led show 5 a thousand people to Mouth Fucking

Last Saturday (19) the fucking mouth was the scene of the sixth edition of the project “Culture on the street”, It takes free performances for city streets. This time the show was on account of BNegão & Frequency selectors, they released their third album, Transmutation, and featured tracks such as "in the Dawn", "Yellow tape" and "up in the air (Convocation)”. The opening was Curitiba band Real Dub Collective. According to the Organization, around 5 1000 people attended the event.

The program “Culture on the street” is an initiative of the Cultural Foundation of Curitiba (FCC). The Superintendent of the, Igor Lamb, explains that the project unites always quality attractions in partnership with companies and other institutions. “So we've reached a wider audience and provide, free of charge, afternoons of much good music to the curitibanos”, explained. The show and the album had Musical Natura sponsorship, through the Rouanet law.

For the tattoo artist and teacher Susan Santana municipal, the event is a way to expand the culture of free access to all. "I saw mom, son, teenager, older people, people of any age who can hear a sound quality. The BNegão panicked and gave a concert with the duration time you deserve Curitiba ", said.

Ever the businessman Rodrigo Lake said he was impressed with the amount of people who went to see the main attraction of the Culture on the street. "I've been to other shows him and wasn't so crowded, I think the fact of being on the street contributed to this public. There are many people with child and family ", declares.

The history student Anne Caroline from the rock liked the choice of place and the structure. "The show was amazing, Bnegão is awesome and the people are in a very good vibe. Very cool the event be on the street, because it brought a lot of people that would come if it was not in an enclosed space and paid ", ends.

The opening was the Real Curitiba band Dub Collective-formed by musicians Alvaro Larsen, Rodrigo Ribeiro, Cassiano Ricardo Z, Felipe Snack, Du Gomide and His him Zeba –, with a sound that blends elements of samba, bossa nova, maracatu and other Brazilian rhythms, did the audience dancing and enjoy the afternoon sun and heat.

Even the rain that fell in the late afternoon was not able to scare away the public, that continued in the mouth Fucking for show of BNegão. The singer and his band, formed by Pedro Selector (trumpet), Fábio Kalunga (low), Robson Riva (battery) and Fabiano Moreno (Guitar), they took the audience into Madness with a show full of swing and strong lyrics and reflective. The new album features a mixture of styles that are reggae, Samba, hip hop and funk of the years 70.

The show had a total of 2 hours duration. After being presented all the tracks from the newly released album, When the public asked bis, the musician announced more 1 hour of sound. The second part was composed by the great success of the first two albums, Wiping away ice and Tunes There, with songs like "the world (Pressure cooker)”, "Tune In There", "The real Duck dance" and "Priorities".

Previous: Van Gogh and ballet "Below" the Royal Ballet are the highlights of the session the Philos + Globosat
Next: SAMPA with Art… And the Coffee – Carmen F. Fonseca explanatory 19 to 31 October in Octavio Café