Home / Art / Extension course, "The Muslim World in the Iberian Peninsula” No MAS 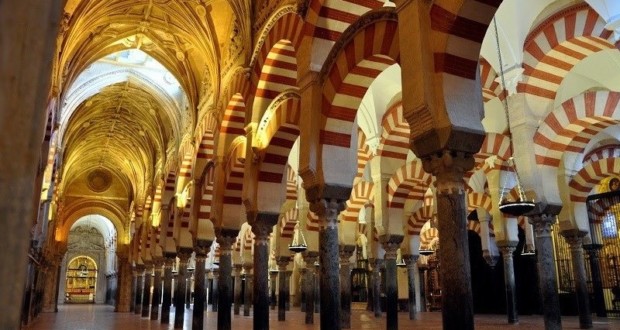 Extension Course "The Muslim World in Iberia: the Caliphate and the Christian reconquest "in MAS. Disclosure.

Extension course, "The Muslim World in the Iberian Peninsula” No MAS

A Museu de Arte Sacra de São Paulo promotes University Extension Course in partnership with the St. Benedict School, about the topic “The Muslim World in Iberia: the Caliphate and the Christian reconquest” with the Prof. Dr. Roberto Coelho Barreiro Son.

The Islamic invasion of the Iberian Peninsula, refers to a series of military and population displacements occurred from 711, when Islamic troops coming from North Africa, under the command of General Tariq, They crossed the Strait of Gibraltar, They penetrated in the Iberian Peninsula, and won Rodrigo, the last king of the Visigoths of Hispania, at the Battle of Guadalete. After the victory, term o Queen visigótico.

In the following centuries, Muslims were extending their conquests in the peninsula, if assenhoreando from the territory designated in Arabic as Al-Andalus, who ruled for nearly eight hundred years.

The Reconquista lasted throughout the Middle Ages and ended at the beginning of the Modern Age, in 1492, when Muslims were finally expelled by the Catholic Monarchs, Ferdinand and Isabella.

The course aims to give a broad view of the process of invasion and reconquest of the Iberian Peninsula.

Prof. Dr. Roberto Coelho Barreiro Son: He holds a Bachelor's degree in advertising from Fundação Armando Alvares Penteado (1983), Master's degree in communication and semiotics from the Pontifícia Universidade Católica de São Paulo (1993) and Ph.d. in history from the Catholic University of São Paulo (1999). He is currently a professor and researcher at the Catholic University of São Paulo. He has experience in the area of ​​History, with an emphasis on modern and contemporary History; experience in media theory, culture theory, communication theory. He is a professor in graduate studies in art history, marketing and planning and development of products as well as Art Therapy language for Yung.

Previous: Pallets are transformed into furniture to equip Worktibas
Next: Shows “Shockwaves” by Sandra Huang in Piola Gardens