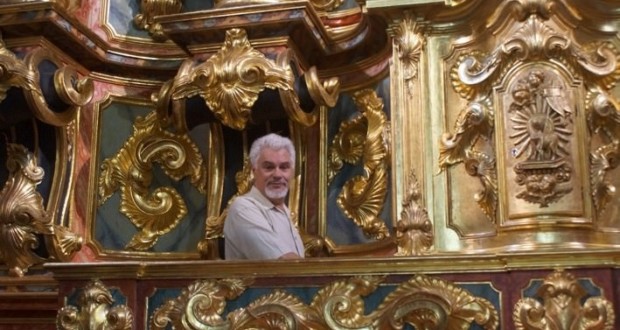 Analyze the sacred Latin American Baroque art by means of the old cathedrals and present capitals of several countries such as Dominican Republic, Mexico, Guatemala, Panama, Colombia, Peru, Bolivia, Chile, Argentina and Brazil. Studies begin with the insertion of religious buildings in the urban context of the Americas Spanish and Portuguese. Their visual importance in Plazas Mayores, the architecture and ornamentation.

The religious orders operating in the Americas were the Franciscans, Dominicans, mercedarians, Augustinians and Jesuits, who initiated construction of century convents and churches 16 and advanced until the century 18. Each of these orders had a constructive program, and these have been expanded during centuries. Today, their artistic events are listed as a world heritage site by Unesco.

The female religious orders also attended in the urbanism of the countries above and are distinguished from the construction of the first male orders. The Mexico, that had in the cities of Mexico, Queretaro and Morelia.

To view the complete program of the course, visit: www.museuartesacra.org.br

Prof. Dr. Percival Tirapeli: researcher, artist and professor of the history of Brazilian Art at the Art Institute of Universidade Estadual Paulista, UNESP, S. Paulo, master and doctor by ECA/USP, a graduate degree by the Universidade Nova de Lisboa. Was a consultant to churches overturned Condephaat in São Paulo State (2005/2008). Consultant on the restoration of the Church of the third order of St. Francis, São Paulo, next to FORMARTE (2007 to 2014) as well as the restoration of historical paintings by the Atelier Julio Moraes, as the parietal Paintings of the chapel of São Miguel Paulista, Beato Anchieta Association. He is the author of architecture and Urbanism in the Vale do Paraíba (2014) Publishers SESC/Unesp. In press with the same publishers Cultural heritage of Latin America. In 2008 published baroque churches of Brazil, bilingual, by Metalivros and in 2007, São Paulo – art and ethnic groups, the official State Press/Publisher UNESP.

Published Churches Paulistas: Baroque and Rococo, Editora UNESP and Press Officer of the State of São Paulo, that in 2003 won the award for best national research Sérgio Milliet in arts, granted by the Brazilian Association of Art Critics.

By Editora UNESP and Press Officer of the State of São Paulo is one of the authors and organizer of Colonial religious art: Baroque living memory, 2001, author of São Paulo Baroque and Rococo Churches, 2003. Was curator of Baroque Oratorios on Cristiane and Ary Casagrande and Collection of Holy garments, exhibitions held in the Museum of sacred art of São Paulo, whose catalogs also wrote and published. Organized in 2013 and 2015 the I and the II Seminário Internacional Holy Heritage in Latin America, at the monastery of São Bento in São Paulo.

Is Artistic Advisor of the acquis of the palaces of Government, São Paulo, and member of the brazilian and international associations of art critics. Artist, with activity expressed in statements about the work of Percival Tirapeli, Integrated Art Publisher, 2015. Bia Coordinator – Plastic Arts Digital Art Institute of Unesp with approximately 1000 images about the brazilian Baroque religious art http://acervodigital.unesp.br

Previous: Alliance Française of Rio de Janeiro the Director of the Institute of international and strategic relations in Paris Pascal Boniface to present the Conference "Taliban of sport: What is the impact for a city which hosts an international event?”
Next: Neba Gallery participates in the SP Arte 2016