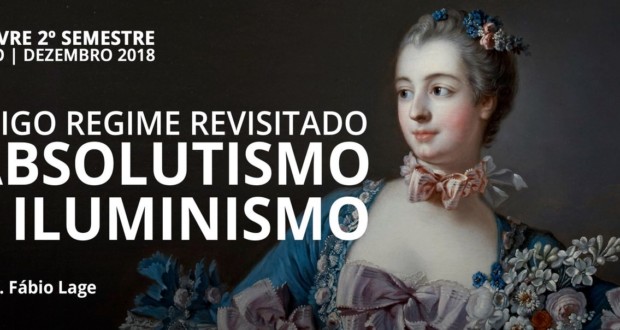 A Museum of sacred art promotes, the Free Course: “The Old Regime revisited - The Absolutism and the Enlightenment” with the Prof. Fabio Lage.

Europe, sixteenth century. The splendor of the absolute monarchy and frightening glimpses subjects, travelers and own monarchs. The apparent hegemony and stability of these regimes hide a political alliances tangle, social contradictions and excessive government spending, resolved, superficially, the wealth from the colonies overseas. This whole picture would be shaken between the seventeenth and eighteenth centuries, time emerges and strengthens a philosophical-political movement that would, in a short time, put into question the European Old Regime and would be the basis of several revolutionary movements: the Enlightenment. The course will examine, through a historiographical look, Absolutism and the Enlightenment, rescuing the contradictions, the historical context, criticism and political aspects, economic, social and cultural of the Old Regime in Europe. Faced with the reality that surrounds us, where concepts defended and systematized by the Enlightenment took root in contemporary nation-states, understand the historical roots of its emergence and its criticism the previous autocratic regimes shows is of fundamental importance.

– Understanding the context of European Old Regime.
– Analyze political aspects, economic, social, cultural and philosophical of Absolutism.
– Analyze and deepen the Enlightenment principles that contributed to the systematization of the contemporary world.

Fabio Lage – Degree in History from the State University of Campinas (UNICAMP). Degree and a BA in History and Pedagogy. He taught history and coordinator in the Mackenzie Presbyterian Institute. Professor of private education network, speaker and independent researcher. It has experience in History, studies and specializations in Modern History, Contemporary history, History of Brazil Empire and history of Brazil Republic.