Home / Art / Free Course: The theater and literature in the works of Jean-Paul Sartre

Free Course: The theater and literature in the works of Jean-Paul Sartre 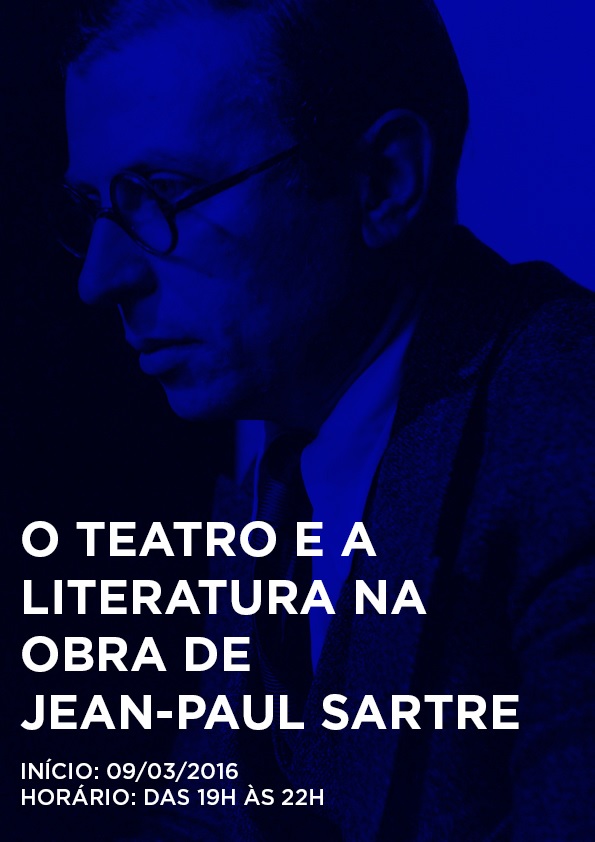 Free Course: The theater and literature in the works of Jean-Paul Sartre. Photo: Disclosure.

A Museu de Arte Sacra de São Paulo promotes a free course on the theme "the theater and literature of Jean-Paul Sartre", who will speak about the way that the author found to bring his thinking to the concreteness of human reality. Without doubt, the author always pegged his thoughts to reality. In this course, the principal themes treated by Sartre in his first major philosophical work, namely “The be” and “The nothing” (L ' être et lenéant) are approached through their literary works and his Theater of situations, as he himself called it. In this way, was chosen a literary work “The Nausea” (La Nausée), written in 1938, where he puts the fundamental principles of his philosophy of existence and three plays in which he puts into focus issues that are part of the human experience, lighting the thought-provoking philosophical look. Such works are: “HuisClos” (1938), translated as “Between four walls”. “Lesmouches” (1943) translated as “The flies” and, Finally, “Le diable and lebondieu” (1951) translated as “The devil and the good god ".

The main objective of this course is, by means of literary sartrianas, clear to an audience, not always knowledgeable of his philosophical thought, that the issues directly linked to the concreteness of everyday reality can and should be intended philosophically, and that was precisely their intention. It is possible to live philosophically. We can say that this was a message left by this author and, for this reason, is the main purpose of this course.

To view the full course grid, to access the BUT site.

Associated with the program I'm More BUT will have discount on this course:

To meet the program, the advantages of each class and join, visit: www.museuartesacra.org.br

Previous: Charles Bukowski, and so was the story in the session Philos
Next: Ensemble group Italia d'Autore will present classic film soundtracks at Sesc Sorocaba