Home / Art / Drawing – Study of Light and Shadow, Step by step 2 of how to draw by Rosângela Vig

Drawing – Study of Light and Shadow, Step by step 2 of how to draw by Rosângela Vig

"The shadows are his limits at certain points. Ignoring them will result in jobs without relief; and relief is the most important, the soul of the painting. (…) The face gains greatly in relief (…) and in beauty with the intensification of light and shadow. " (DA VINCI, 2007, p. 17)

Step by step 2 of how to draw

In The Renaissance, the studies of perspective, light and shadow, led to the production of an art that served as a standard for other periods. The hands of the great masters like Leonardo Da Vinci, Sandro Botticelli and Piero Della Francesca, were produced works considered today as Beautiful models. But maybe the enigmatic smile of Gioconda 1 of Da Vinci, It wouldn't be so perfect, If it wasn't the light that illuminates his countenance. This art set, working with the shadow is indispensable to the work acquires volume and prominence.

The shadow is an element of the drawing and the painting that, If worked properly promotes great effects. In figure 1, the accurate observation of the artist could epitomize an urban scene, of poetic form. It may be that in everyday life, such a scene would pass unnoticed, but for the artist, the details of everyday life lured her gaze. 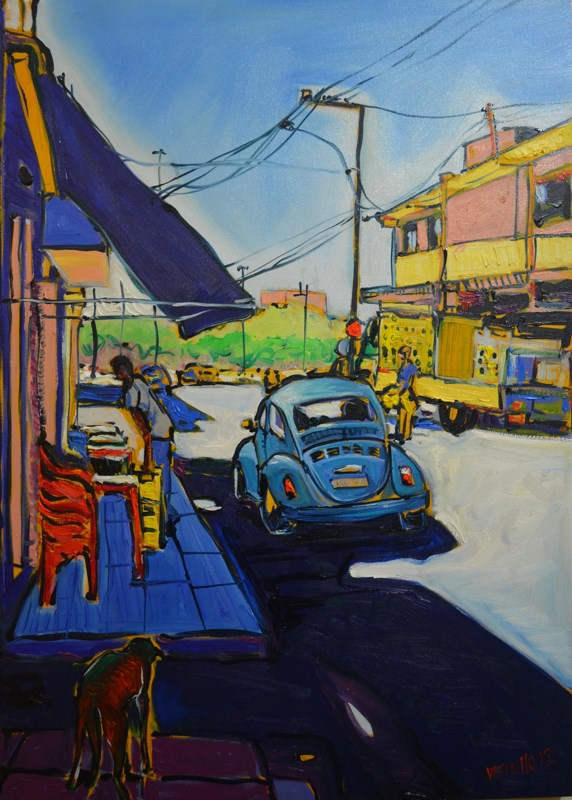 In the composition, are present the simplicity of a person setting the table for a bar, the colors of the chairs, a man and a truck across the street, a skinny dog and, in the center of the image, a VW Beetle, featuring the portrait of an era and a style. The wealth of details, There are still wires and electricity poles, that make up the common scenario of a city; and the building in the background, with a little bit of green, Perhaps a park or a square, where the image sits, in a horizon line. Among the characteristics that make the work great, are the prospect, that leads to image, the idea of depth; and the shadow of the building that protrudes on the floor, allowing the beholder, the impression that the day is hot and the Sun is of a late morning. In a deep perception, the viewer can even imagine the heat on the sidewalk and you hear the noise of the busy street. Poetry embeds the image when the day to day is represented by Art, the details of the movement, of colors and light. 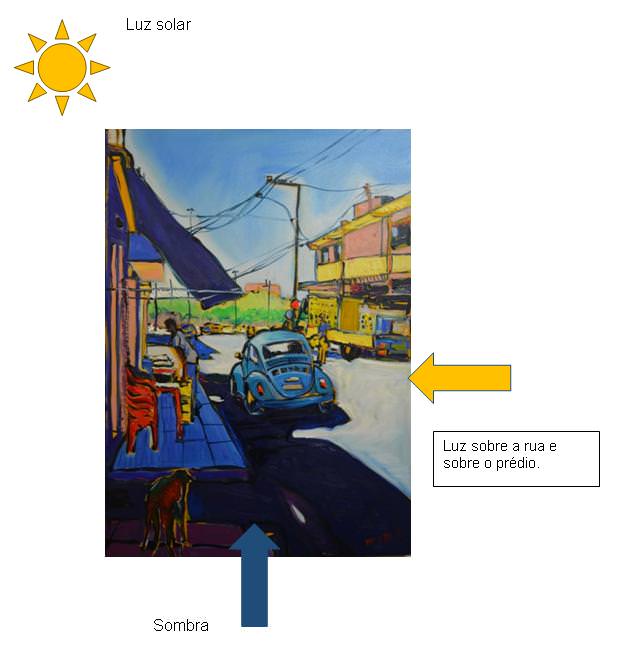 Fig. 2 – Lighting and shadows. Another Piece of the Brigadier, Marcelo Vitiello.

In the case of the work, clarity comes from the upper left corner (Fig. 2) and lightens the truck and the man across the street, to the right of the scene, because there is no construction that prevents focusing clarity at this point of the image. The awning, see only the bottom, Since it is being viewed from bottom to top. He's in perspective, with vanishing point to the background of the scene and its shadow is projected on the sidewalk, about the beetle and the bartender. The same occurs with the establishment more ahead. Your shadow is projected in the same way on the sidewalk, but in smaller size, to be in perspective.

Worth noticing that the lack of light is not always represented by the color black, Once a scene is not totally dark and at night, for example, the artificial lighting can be (Fig. 3). In the case of figure 1, the shadow color is turquoise blue, darker than the sky and the ground, because what illuminates the scene is the sunlight. It should be remembered that, as the day is sunny and almost pin, the dividing line between light and shadow is wasted, that is, well outlined, which accentuates the idea of heat. If the scene, the day was cloudy, the drop shadow would blur, because the incidence of light would be less intense. Shadow lines still depend on the opacity of the lighted, that is, the shadow is sharper when light falls on something more opaque. The shadow can also change their position, as the source of light. If the scene present the light of late afternoon, the shadow could reach the other side of the street, on the right side of the work. On the other hand, the morning light would illuminate what is now under the shadow effect.

The figure 3 on the other hand, presents night lighting. The artist also worked with an urban theme, to represent a coffee, venue and chatroom. Within the establishment, the lights are on and the door is open, expecting people. On the outside, the chairs stowed, but empty, means that the nightlife hasn't started, Although the sky is already dark. The charm of the work lies on the lighting (Fig. 4), that comes a bit of street, some within the own coffee and a bit of the lamp at the door, they brighten the chairs and even the sidewalk, projecting shadows in different directions. And, even though night, Once there is artificial light, the shadows are never black, but are the variations of gray. The beauty of the scene still is the game from the perspective, with two vanishing points, that the artist used, What gives volume to the images. The street, the chairs, the establishment and even the awnings reduce to the left and to the right side of the work, Once the eye is positioned in the central part of scene.

The urban becomes charming, When art rests its colors. The charm of a common scene would be lost if it weren't for the refined perception of artists on every detail and its unique way of color distribution, of shapes and shadows. The Art does not fit a correspondence with reality, but the possibility that every glance, the fancier follow plucking their details and discovering new faces.

Fig. 1 – Another Piece of the Brigadier, Marcelo Vitiello.

Fig. 2 – Lighting and shadows. Another Piece of the Brigadier, Marcelo Vitiello.