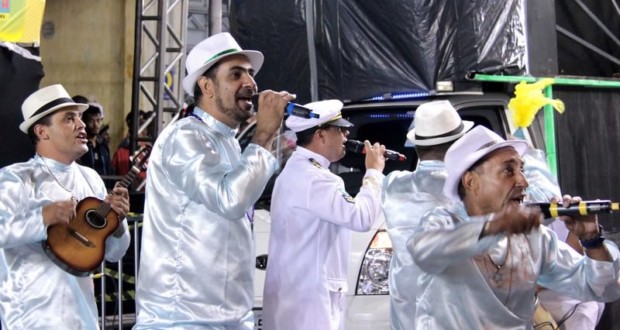 Pacers, percussionists, interpreters and bambas locations take over Mouth Fucking this Wednesday (2), the 4:00 pm to 9:00 pm, to celebrate the national day of Samba. On the schedule are provided for presentations from more than 60 musicians playing samba de partido alto, Samba de raiz, Samba rock, pagoda, Samba song, Samba among other styles. To close the party, the event will be the presentation of the school Lions youth.

The celebration is organized by the Cultural Association of Sambistas and percussionists of Paraná and Curitiba City Hall and Cultural Foundation within the program of the Month of Black Consciousness and Diversity.

The national day Samba arose at the initiative of Bahia, Luis Monteiro da Costa, in honor of Ary Barroso. Without knowing the State, Ary had composed his success “In Baixa do Sapateiro”, but just after creation, in 2 th December 1940, the musician visited Salvador for the first time.

The samba de roda of the recôncavo baiano was registered as Cultural Heritage of Brazil by the Instituto do Patrimônio Histórico e Artístico Nacional (IPHAN) in 2004 and proclaimed masterpiece of the Oral and intangible heritage of humanity by Unesco in 2005. Is a musical expression, choreographic, poetic and festive of the most important and significant of Brazilian culture. His first records, already with that name and with many of the features which identify, dating from the years 1860.

After that, the Samba de Roda of Bahia remained one of the samba national references, present in the works of Bahia as Dorival Caymmi, João Gilberto and Caetano Veloso, as well as in the ward of baianas das escolas de samba and letters of numerous composers from all over the country.